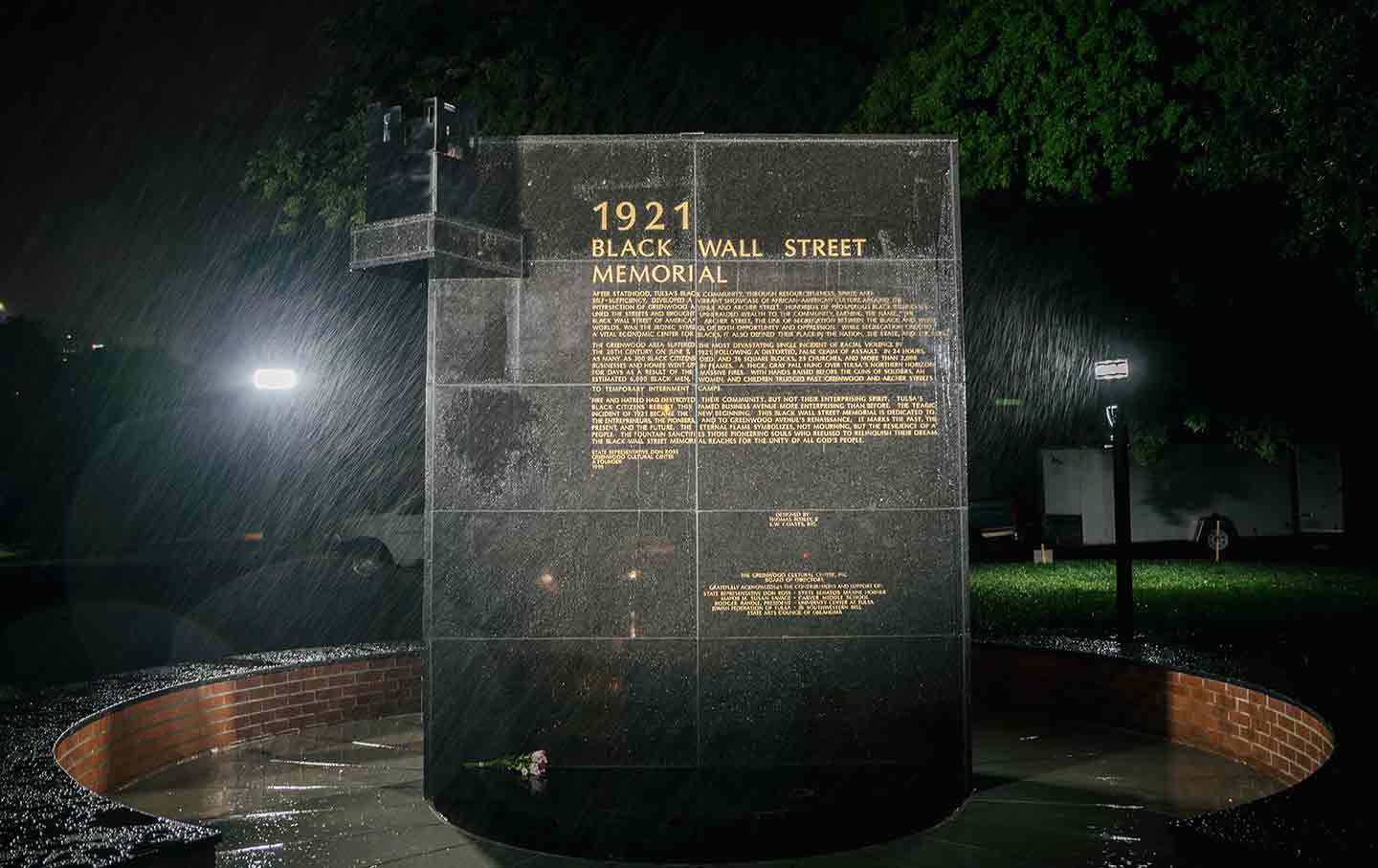 The Black Wall Street Memorial in the Greenwood district during commemorations of the 100th anniversary of the Tulsa Race Massacre on May 31, 2021, in Tulsa, Okla. (Brandon Bell / Getty Images)

Joe Biden went to Tulsa, Okla., on Tuesday to commemorate the fact that, one hundred years ago this week, in 1921, a white mob attacked an all-Black neighborhood there. It was one of the worst episodes of racial violence in US history, which historians think left 300 dead and 10,000 homeless. David M. Perry comments on the political issues around the historical facts—he’s a journalist and historian whose work has appeared in The New York Times, The Atlantic, The Guardian, The Washington Post, and The Nation.

Plus: Katha Pollitt talks about a new book of advice for men—Jordan Peterson’s “Rules” start with “stand up straight, with your shoulders back.”