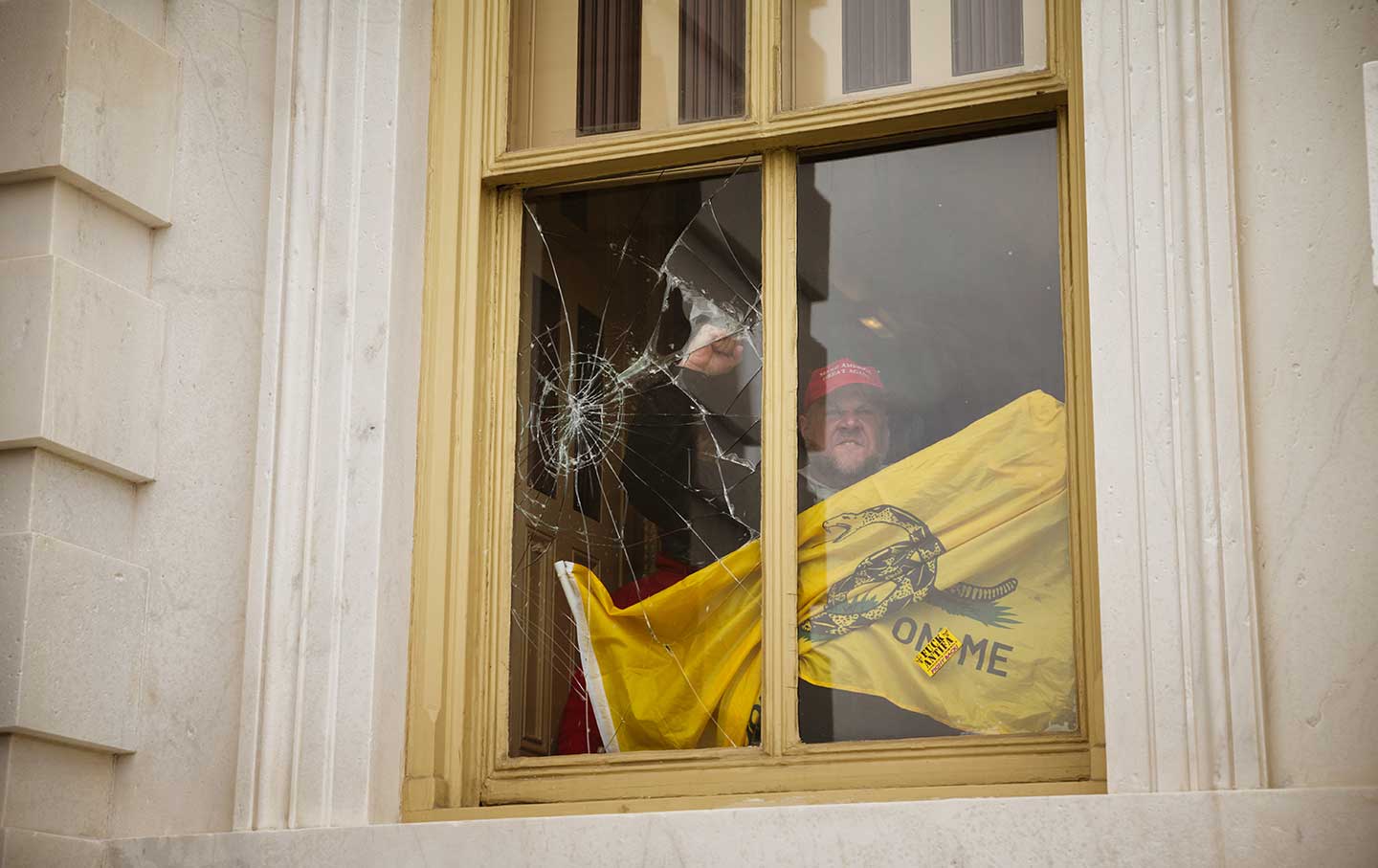 A member of a pro-Trump mob shatters a window with his fist from inside the Capitol after breaking into it on January 6, 2021, in Washington, D.C. (Jon Cherry / Getty Images)

And Eric Foner provides historical context for the day’s events in Washington, and also for the victories in the Georgia Senate races.