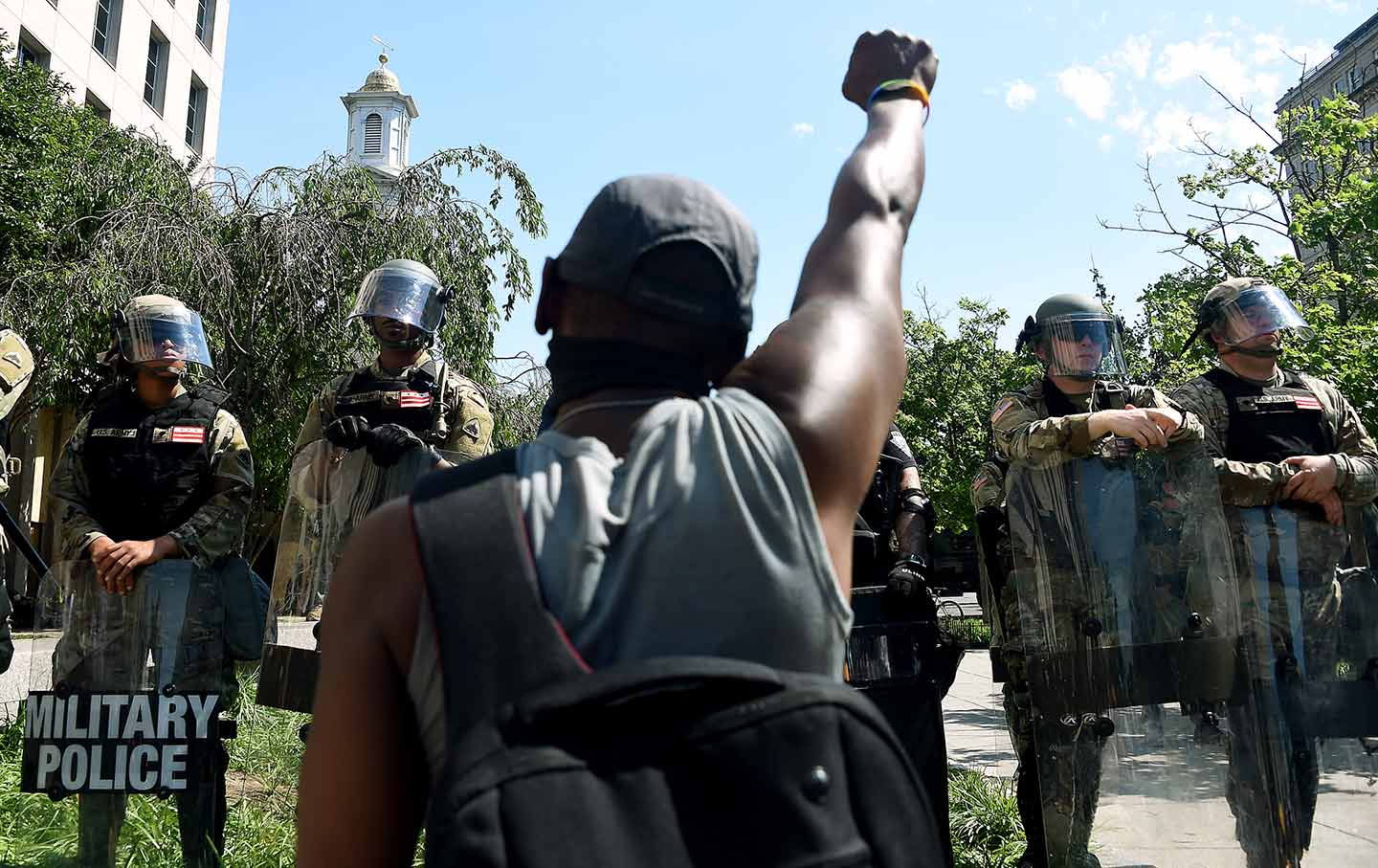 A protester kneels in front of military police near the White House on June 3, 2020 in Washington, DC. (Olivier Douliery / AFP via Getty Images)

Across America, protests against police violence are met with more police violence. Elie Mystal talks about the failure of Democratic mayors in deep blue cities to stop their police forces from engaging in racist violence—especially Bill de Blasio in New York City. Elie is The Nation’s justice correspondent, and writes the “Objection!” column.

Also: John Nichols has been speaking with Minnesota’s attorney general Keith Ellison about what has been happening in Minneapolis, and what is to be done about unending police violence against people of color. Ellison represented South Minneapolis, where George Floyd was killed, in Congress before being elected state attorney general in 2018.