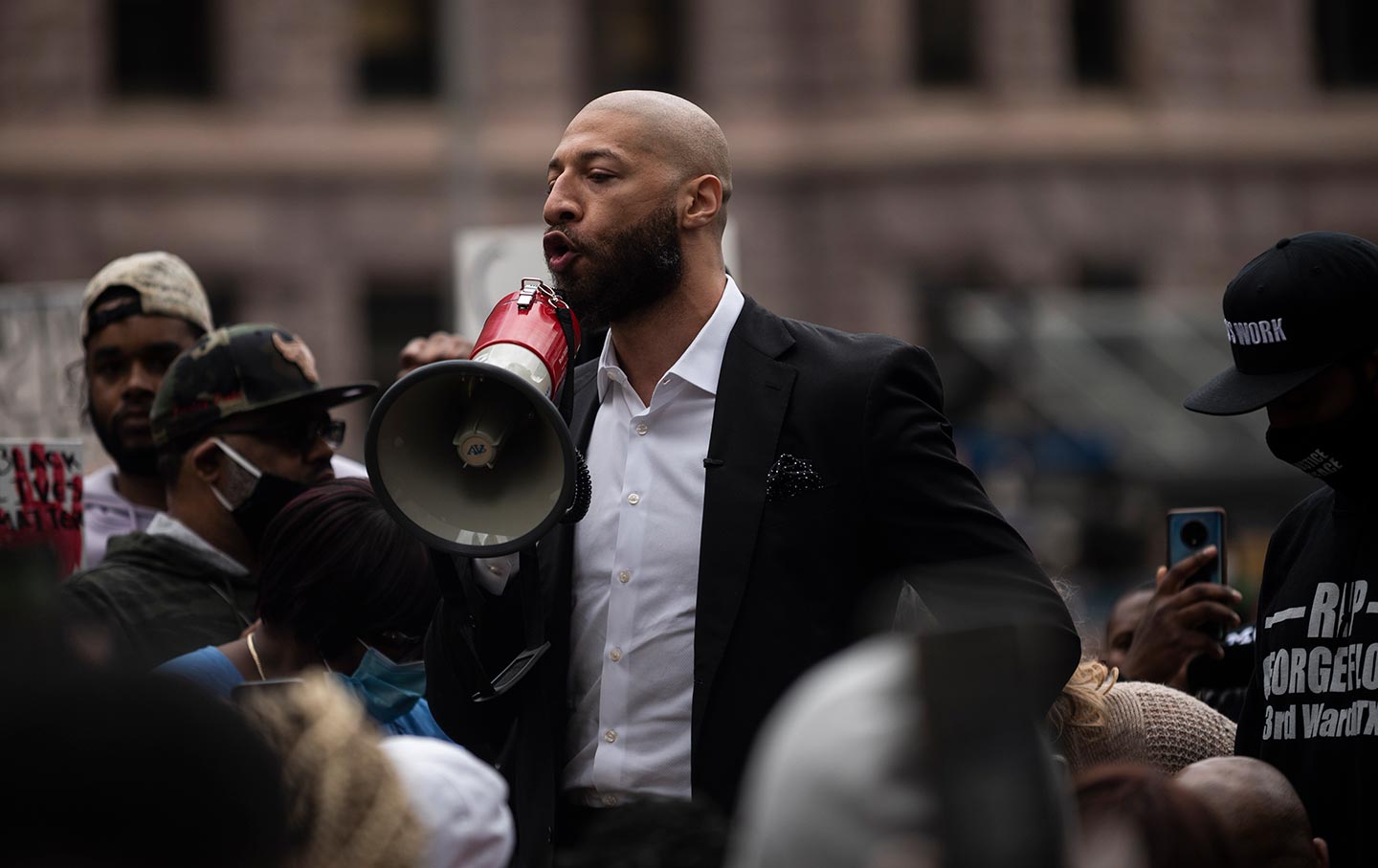 Royce White speaks during a protest outside the Hennepin County Government Center on May 29, 2020 in Minneapolis, Minn. (Stephen Maturen / Getty Images)

This week we talk to former NBA player and Minnesota native Royce White about the police murder of George Floyd. White has been at the heart of the protests in the Twin Cities and talks to us about his experiences there and his insights into the larger issues of white supremacy, policing, and the role of athletes.

We also have some Choice Words about the potential for a coalition of anti-racist athletes that might develop in the wake of the killing of George Floyd. In addition, we have Just Stand Up and Just Sit Down awards to the white athletes who have spoken up about the murder of Floyd—including Joe Burrow, Carson Wentz, Sean Doolittle, Julie and Zach Ertz, and J.J. Watt—and MLB athletes who continue to stay silent on the issue of police killings, with few exceptions. We also got a brand new Kaepernick Watch. All that and more on this week’s Edge of Sports!

Zirin
The Critical Role of Athletes in Fighting White Blindness