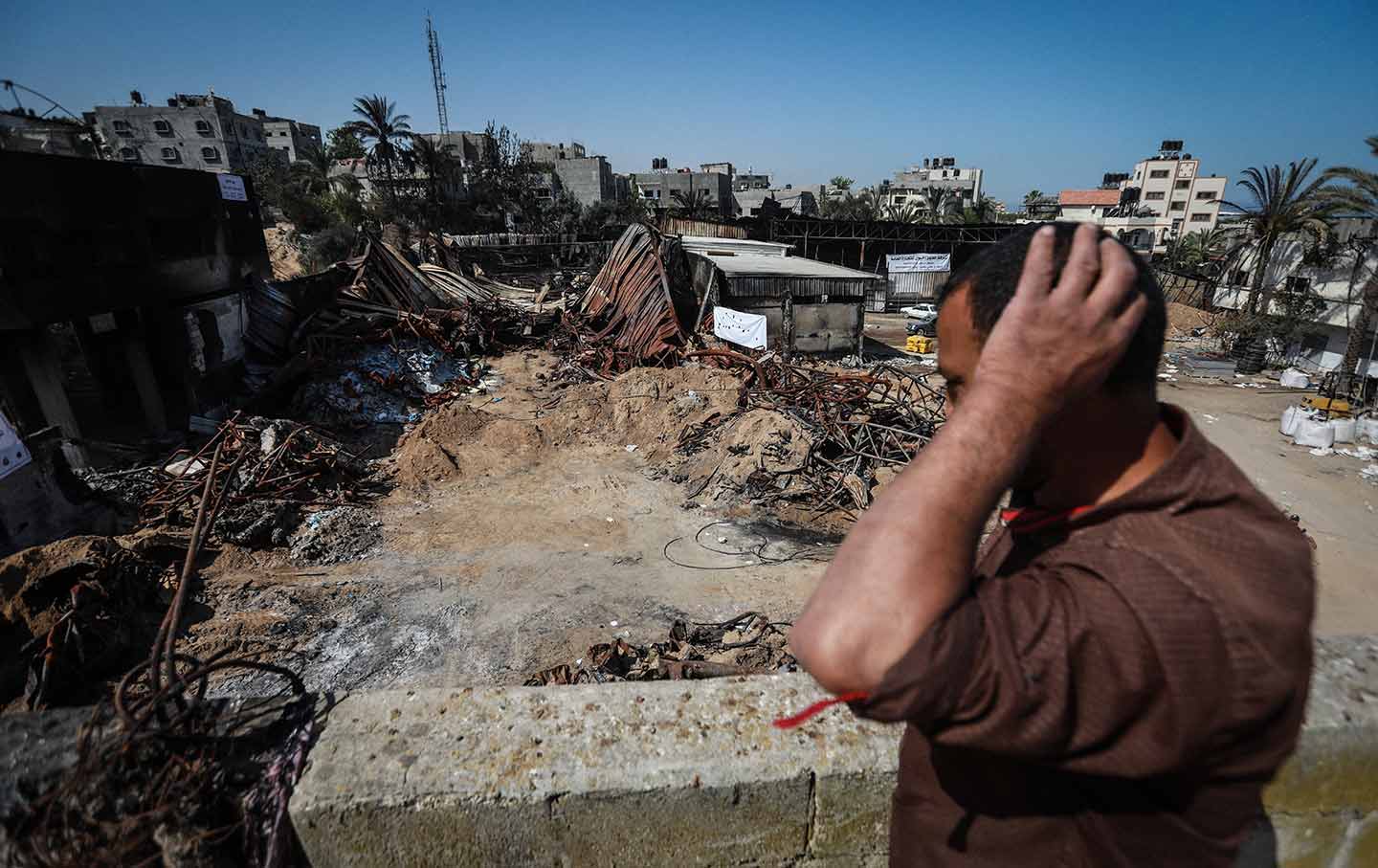 A Palestinian worker checks the destruction at an agricultural fertilisers factory targeted in recent Israeli air strikes, in Beit Lahia, on May 26, 2021. (Majdi Fathi / NurPhoto via Getty Images)

While Joe Biden has pledged an “ironclad commitment to Israel’s security,” many Democrats in Congress, and outside of Congress, have been moving away from unquestioning support for Israel since the Israeli attacks on Gaza last week. John Nichols reports.

Plus: It’s probably the most radical show that’s ever been on TV: Exterminate All the Brutes, the four-part, four-hour documentary about colonialism and genocide, by Raoul Peck, playing now on HBO Max. Historian Robin D.G. Kelley comments.