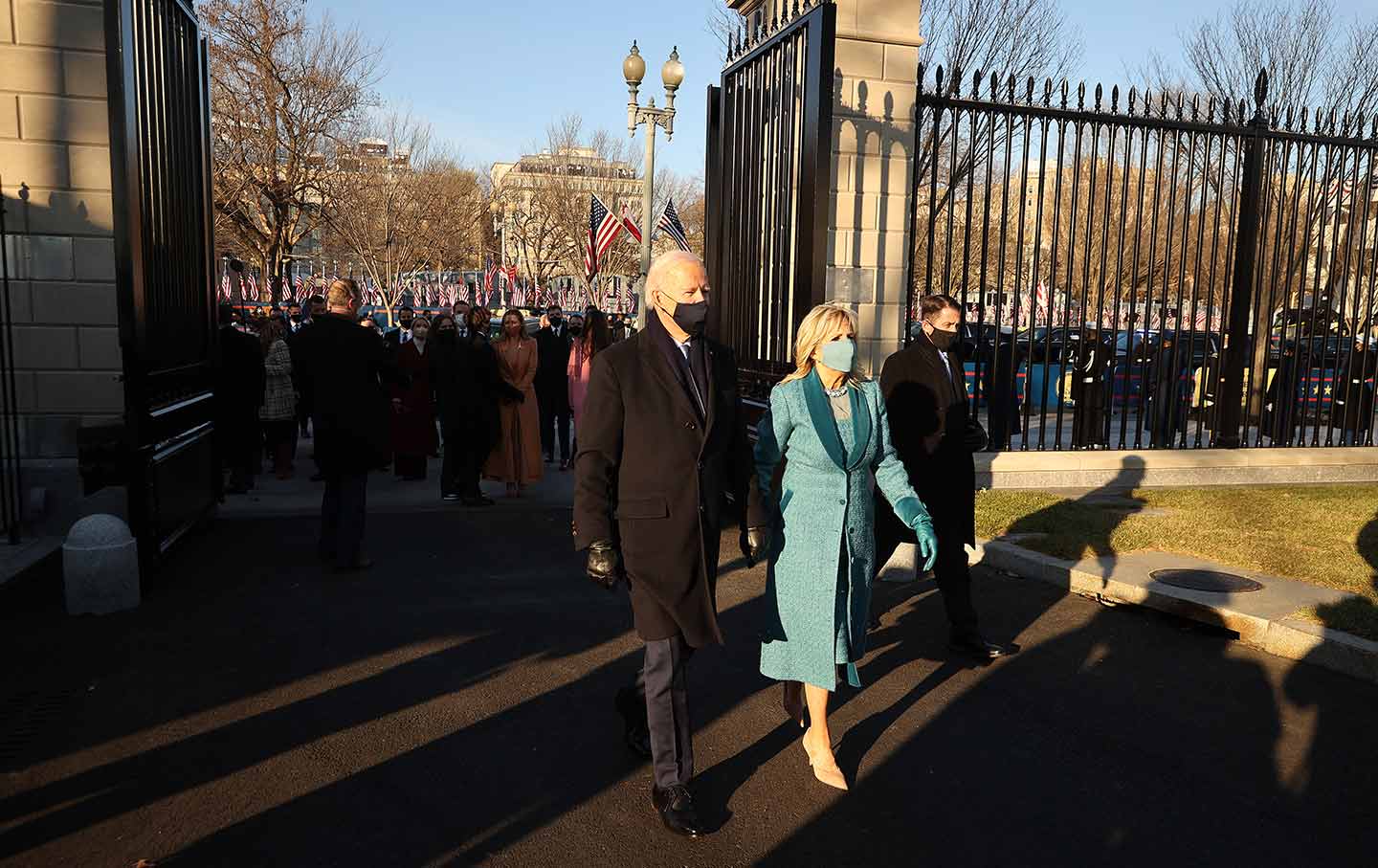 Biden’s inauguration marked a triumph of hope over fear, says Joan Walsh. First we celebrate, and then we go to work debating what is possible and what is necessary—all the things that real people really need. The next four years will bring progressives some political frustration and some disappointments, but that will be so much better than what we’ve had for the last four yers.

Plus: In Joe Biden’s first speech as president-elect, he promised Black America that he would have their backs. Now he needs to take prompt action to fulfill that pledge. Barbara Ransby comments—she’s a historian, writer, and longtime political activist, a distinguished professor at the University of Illinois at Chicago, best known for her award-winning biography Ella Baker and the Black Freedom Movement.

Also, Gary Younge, the award-winning former columnist for The Guardian and member of The Nation‘s editorial board, comments on the insurrectionists of January 6. They failed to stop Congress from certifying Biden as the winner of the election—so what WAS the plan? And what IS their future?