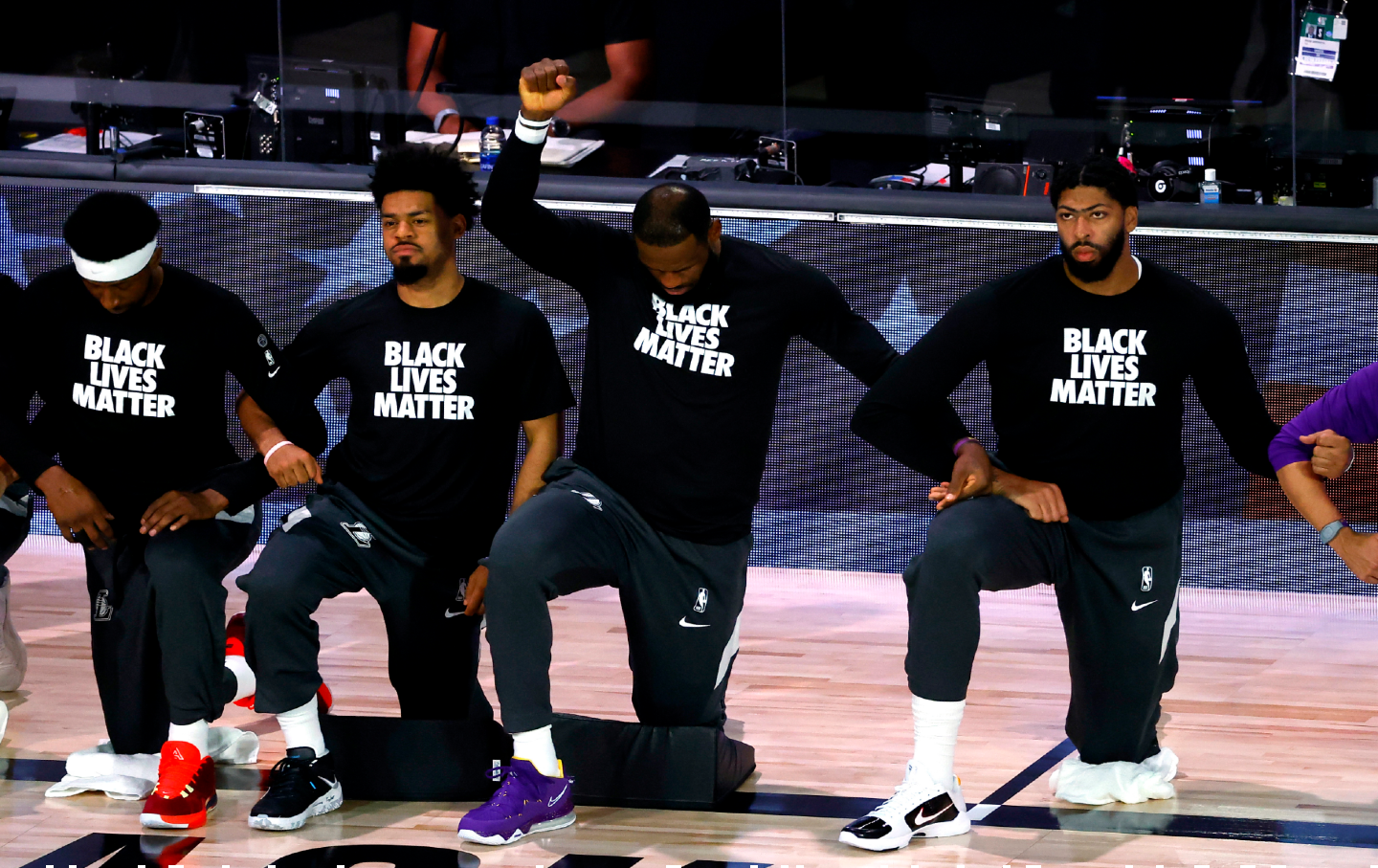 LeBron James kneels with the Los Angeles Lakers during the national anthem on August 5, 2020, in Lake Buena Vista, Fla.

Dave Zirin, The Nation’s sports editor, joined editorial director and publisher Katrina vanden Heuvel and Nation readers for an intimate conversation about sports and sporting events as an outlet for political expression. “The athletic field is one of the last community spaces where people gather—and nature abhors a vacuum,” Zirin said. “So people come out and be political at the game precisely because of an absence of other spaces in our modern society where everything is privatized within an inch of its life.” During the conversation and Q&A with the audience, Zirin shares the origin story of his upcoming book The Kaepernick Effect and talks about that powerful symbolic gesture, taking a knee.

Premium Nation subscribers receive early access to recordings of The Nation’s virtual Conversation series. We’d love for you to join us and other members of the Nation community at future events.