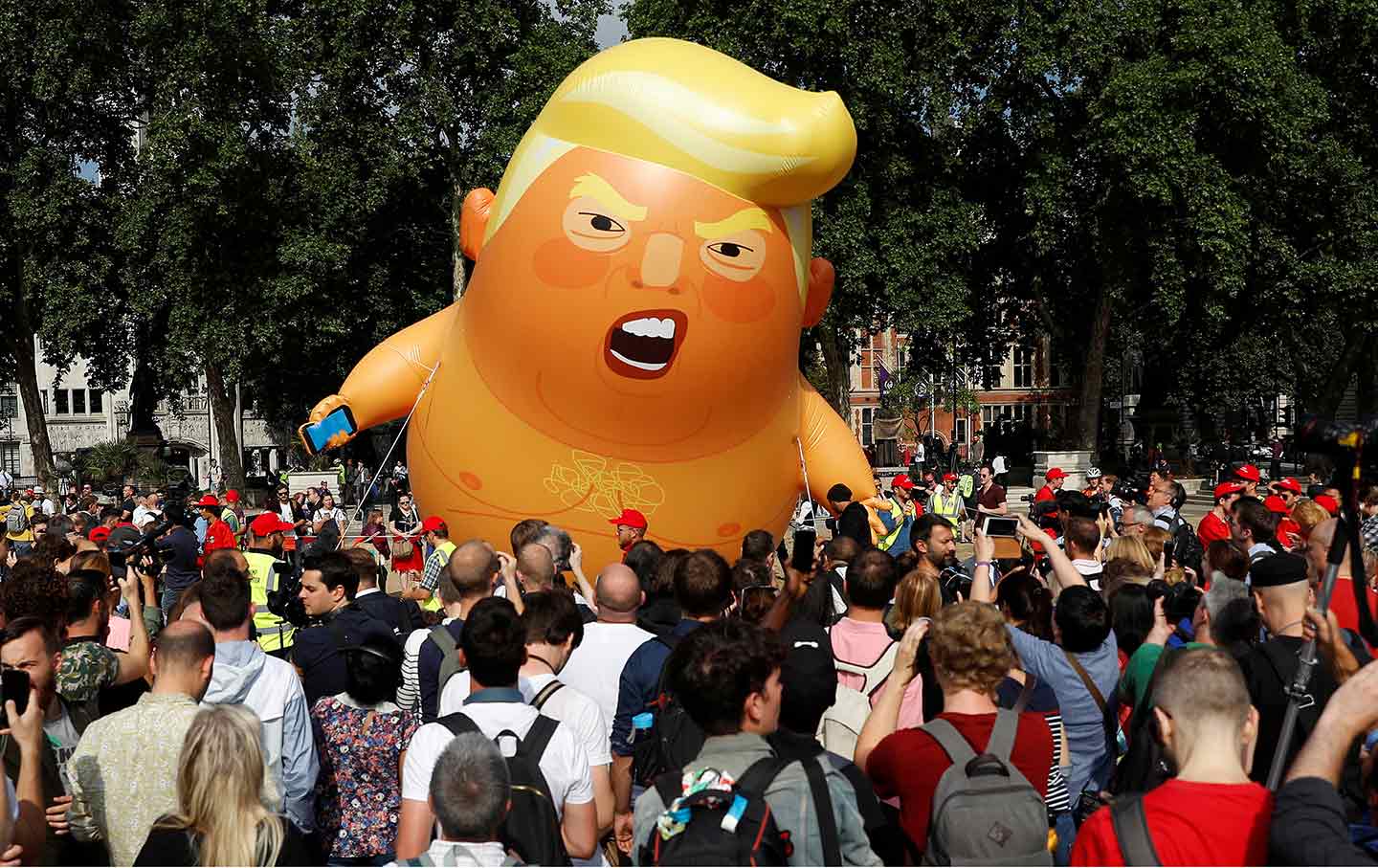 Onlookers stand in front of a blimp of Donald Trump during protests surrounding Trump's visit to London. (Reuters / Peter Nicholls)

For most Americans, the question “Which is worse: Trump or Brexit?” has an easy answer: of course it’s Trump! But D. D. Guttenplan, The Nation’s new Editor, says it’s more complicated than that: for starters, Americans can get rid of Trump in next November’s elections, but it’s almost impossible now for the Brits to get rid of Brexit.

Also: Rashida Tlaib is one of the two the Muslim women elected to the House. John Nichols spoke with her for the “Next Left” podcast, our sister podcast at The Nation. Tlaib, who represents Detroit, was born there; her parents are Palestinian immigrants, and she a long and deep engagement with progressive politics in that city. In this segment John introduces clips from his interview.

Plus: At a time when several states have passed draconian new abortion restrictions, you don’t have to be a woman to stand up for reproductive rights: Katha Pollitt talks about abortion and men.