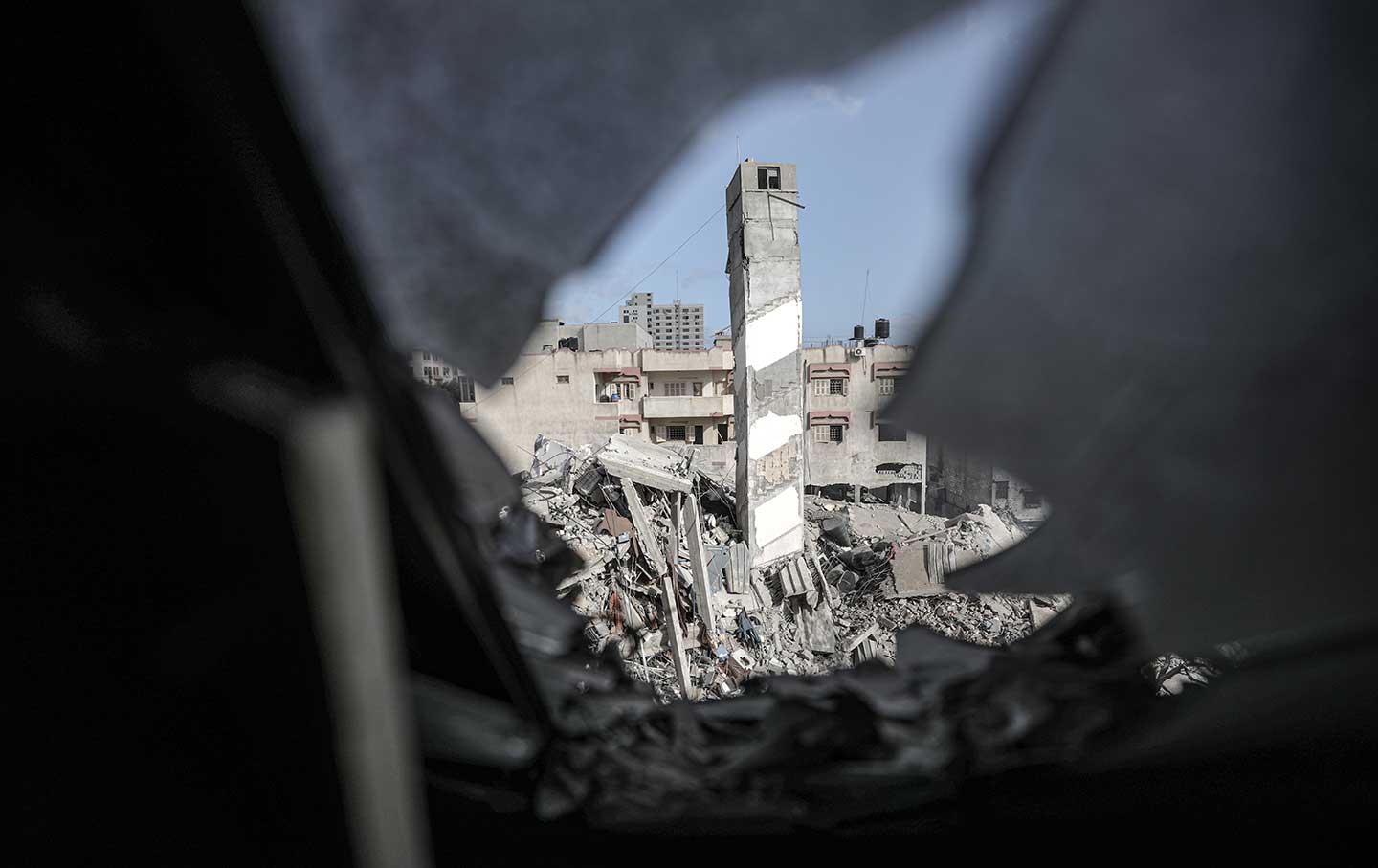 A view of a demolished six-story building in the al-Rimal neighborhood after Israeli warplanes carried out airstrikes in Gaza City, Gaza, on May 18, 2021. (Ali Jadallah / Anadolu Agency via Getty Images)

Palestinians and Israel: Saree Makdisi talks about what Netanyahu has called “the second front”: Palestinian citizens of Israel, who are increasingly subject to attack by right-wing Jewish mobs, and who are increasingly active in support of Palestinians in East Jerusalem and Gaza. Saree is a professor of English and comparative literature at UCLA and his work has appeared in The New York Times, The Washington Post, The Guardian, and the London Review of Books, as well as The Nation.

Also: The big TV event of the month-—maybe of the year—is The Underground Railroad, a 10-part series on Amazon Prime Video, directed by Barry Jenkins and based on the Colson Whitehead novel. It’s being called “the most ambitious take on American slavery since Roots”—and that was on TV almost 40 years ago. Eric Foner comments on the imagined and real history in the series; he wrote the book on the hidden history of the underground railroad: It’s called Gateway to Freedom.