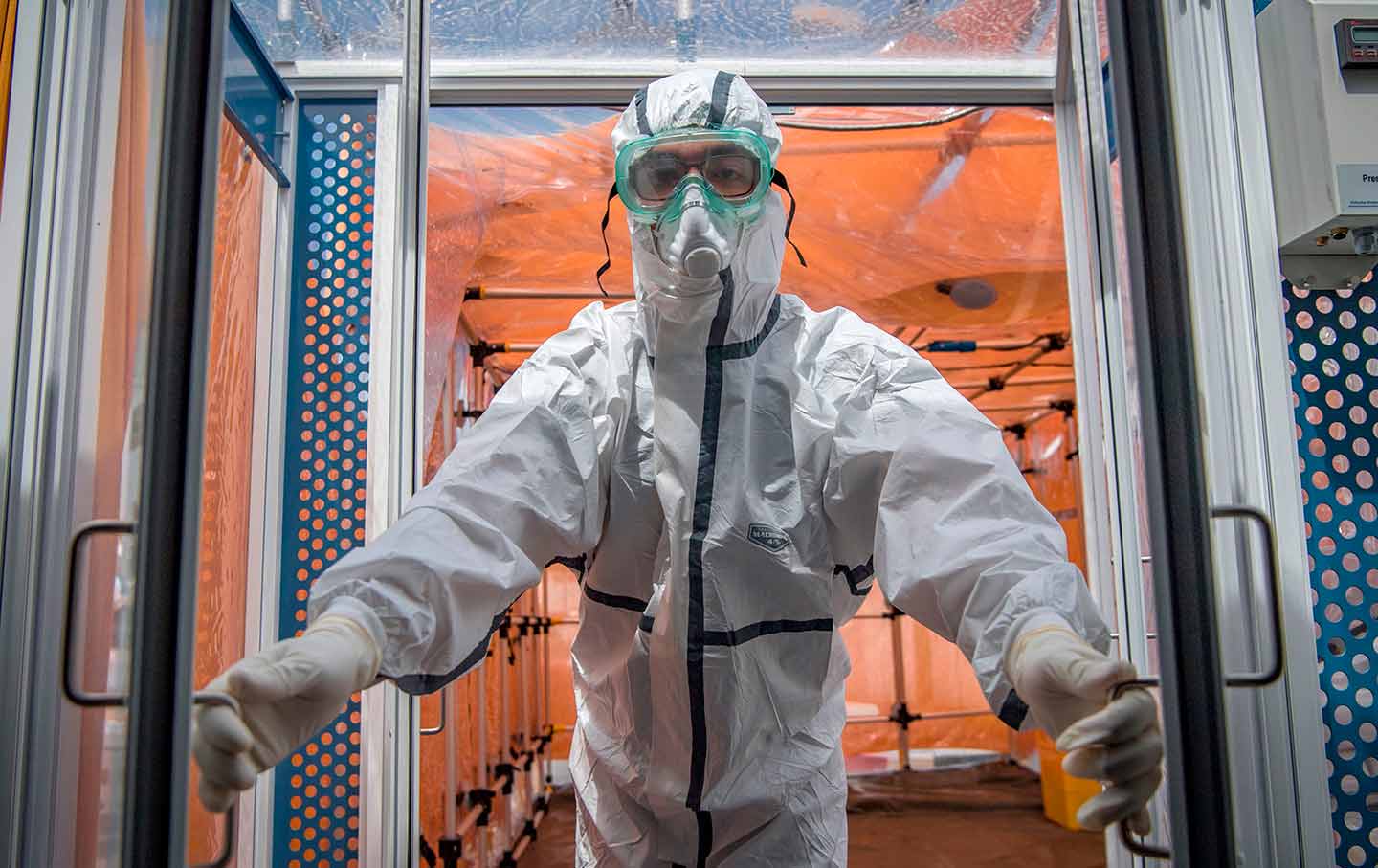 According to Mike Davis, the coronavirus crisis is bringing about the fragmentation of Europe and the marginalization of the WHO; he also considers the danger to Africa, and whether China will emerge less powerful in the world economy because of the rise of economic nationalism. Mike wrote about the avian flu in& The Monster at Our Door.

Also Barbara Ehrenreich reports on her experiment in trying to survive on low wage work.  Her classic essay “Nickel and Dimed,” is the lead piece in her new book, a collection of essays titled Had I Known. We recorded this interview when her book Nickel and Dimed was published, in 2002.