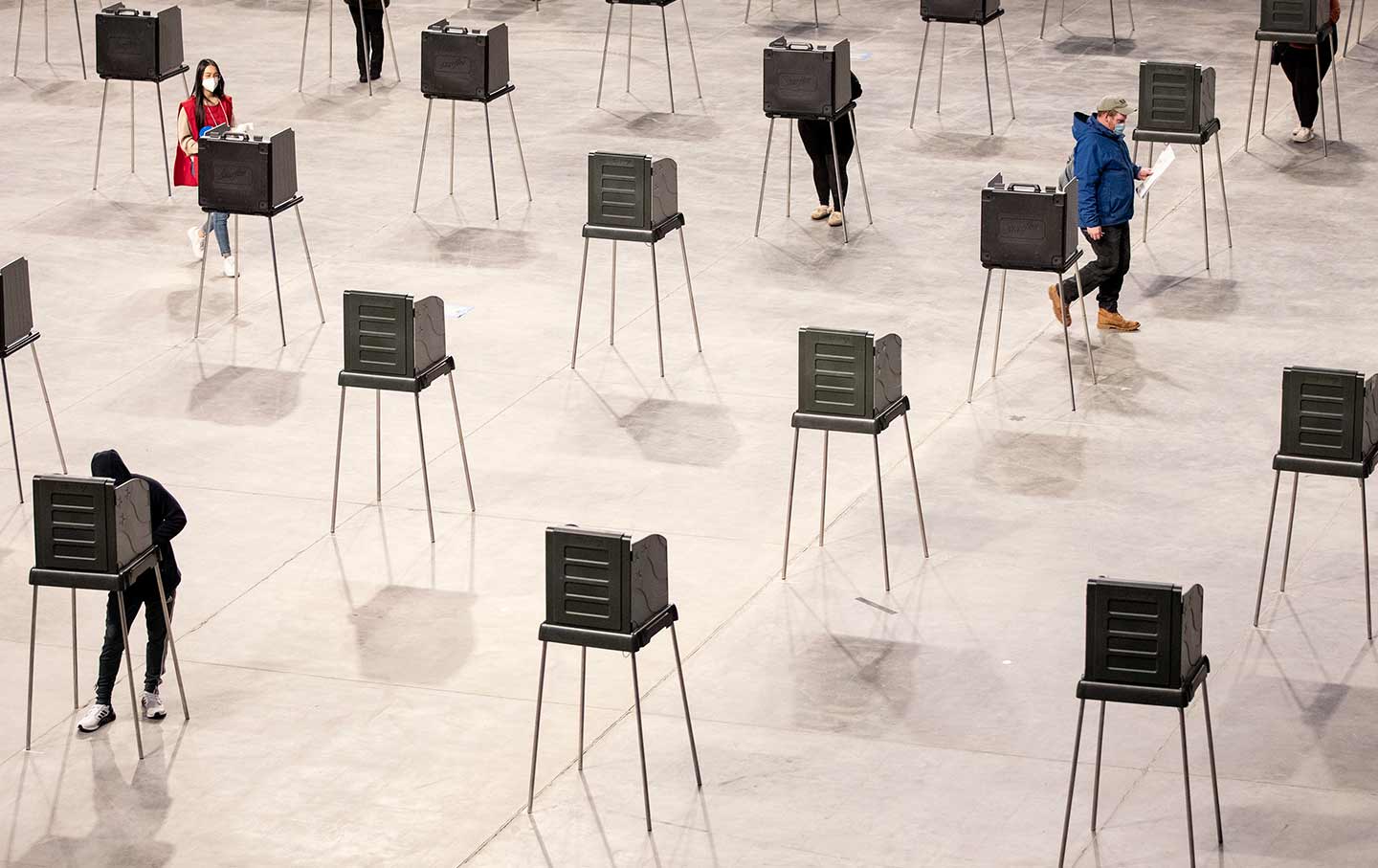 A poll worker walks over to sanitize a voting booth after a voter leaves to walk their ballot over to the machines at Cross Insurance Center in Bangor, Maine, on Tuesday, November 3, 2020. (Brianna Soukup / Portland Press Herald via Getty Images)

There’s one political prediction that always comes true: Record turnout in one election will be followed by a tidal wave of voter suppression efforts before the next one. So it’s not surprising that after 2020 had record turnout, 2021 is seeing voting rights under attack nationwide by Republican-controlled state legislatures. Georgia has taken the lead—and Georgia is being challenged in court by the ACLU, along with the the NAACP’s Legal Defense Fund and the Southern Poverty Law Center. Dale Ho comments: He’s director of the ACLU’s Voting Rights Project, and supervises the ACLU’s voting rights litigation nationwide.

Also: Joe Biden and Congress should end our forever wars—and they can—by starting with three key steps: Karen Greenberg explains. She is the director of the Center on National Security at Fordham Law School and author, most recently, of Rogue Justice: The Making of the Security State.