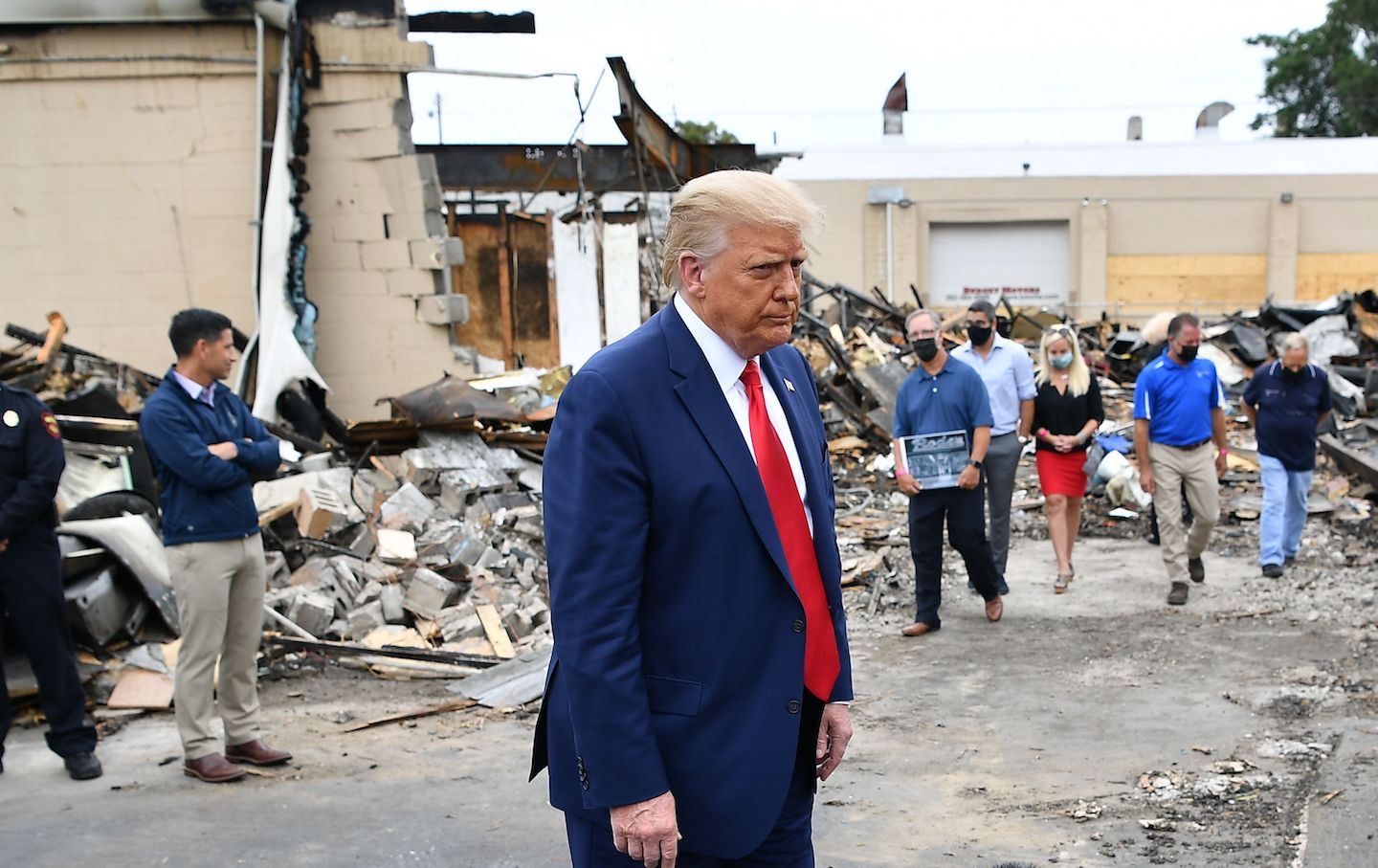 Donald Trump speaks to the press as he tours an area affected by civil unrest in Kenosha, Wis., on September 1, 2020. (Photo by Mandel Ngan / AFP via Getty Images)

Trump’s visit to Kenosha on Tuesday was part of a backlash strategy, which relies on right-wing militias and their allies’ provoking violence with Black Lives Matter demonstrators, followed by Trump claiming he alone can bring an end to “chaos and looting.” John Nichols was in Kenosha for Trump’s visit—he reports on what happened there, and on the larger issues at stake.

Also: There’s a huge movement in Europe supporting Black Lives Matter. Gary Younge describes some key examples and comments on the effort to address racism in Britain, France, and elsewhere in Europe—and on the English falling back on the argument that racism there is “better” than in the United States. Gary lives in London, teaches at the University of Manchester, and is a member of the editorial board of The Nation.