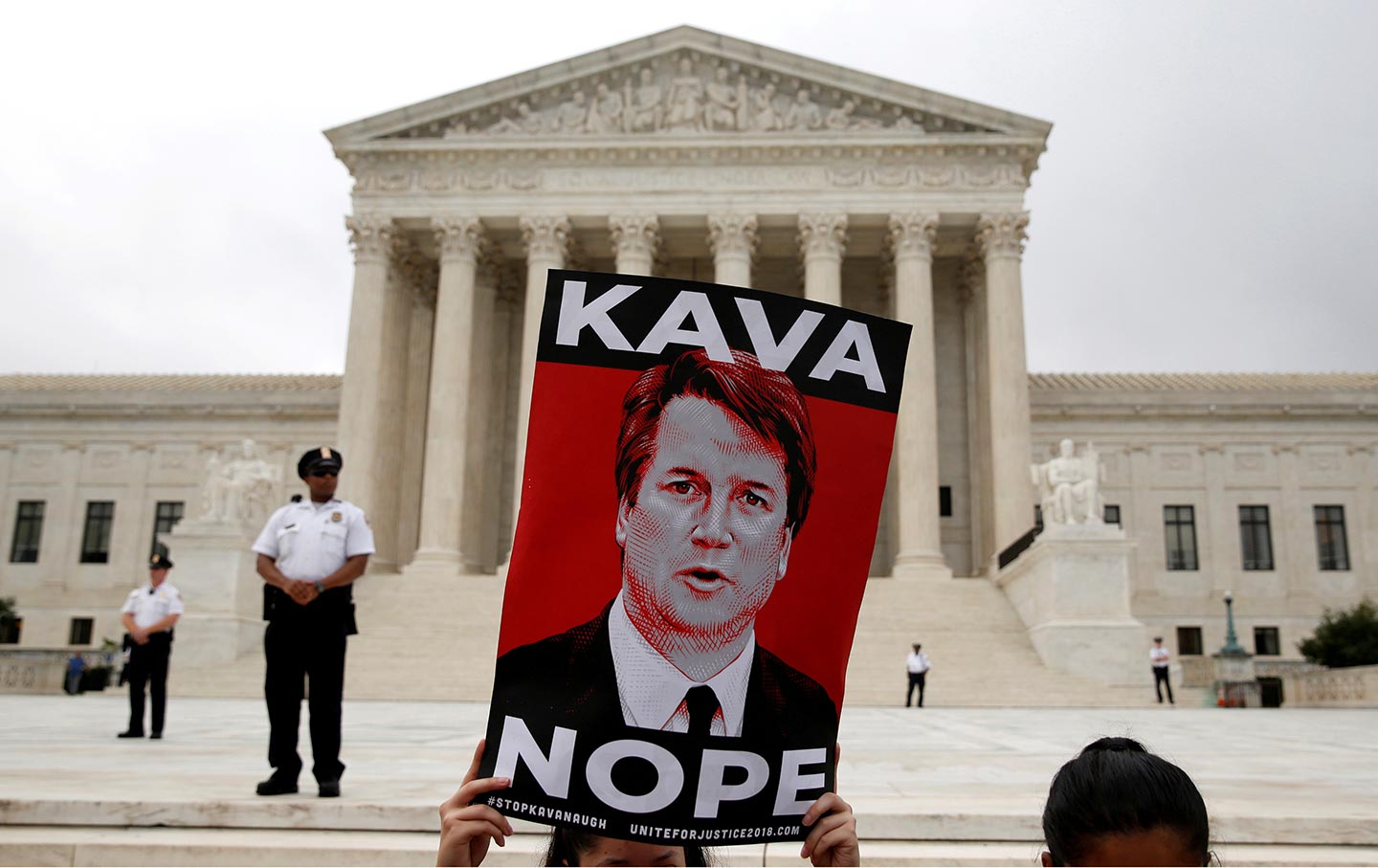 Protesters demonstrate on Brett Kavanaugh’s first day as an associate justice on the Supreme Court in October 2018. (Reuters / Joshua Roberts)

The Supreme Court term began its fall term this week—and even though Brett Kavanaugh was confirmed at the start of last year’s court term, this year the Supremes’ decisions will be worse—a lot worse. Elie Mystal explains why—he’s the executive editor of Above the Law and a contributing writer for The Nation.

Plus: Republicans and impeachment: In the case of Nixon, it took them until the very end to jump ship—and those who defended him (Reagan and Bush Sr.) had better political futures than those who didn’t. Jeet Heer compares and contrasts the two eras.