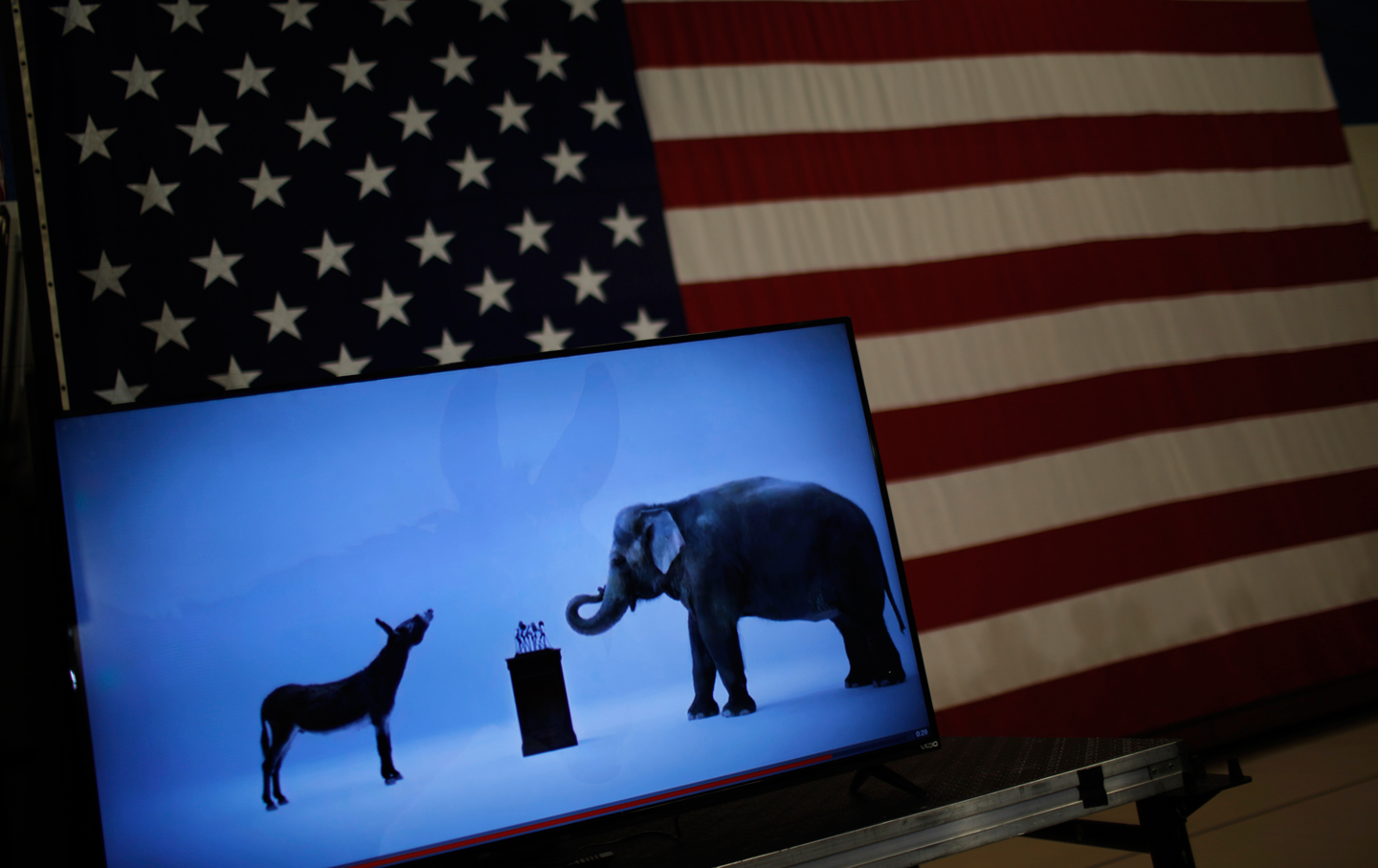 The mascots of the Democratic and Republican parties on a video screen at a rally in Cleveland, March 8, 2016. (Reuters / Carlos Barria)

One of the Senate seats being abandoned by a Republican incumbent is in Ohio. Can Democrats win that seat? It’s going to be hard. Unlike North Carolina, which will also have an open Republican seat, Ohio has not been divided 50-50 recently. For the last decade, it has elected only one Democrat to statewide office–one of our heroes, Senator Sherrod Brown. Steve Phillips thinks they can send a second Democrat to the Senate from Ohio next year—by focusing on turning out voters of color.

Also: Black Lives Matter versus the LAPD: a new official report in Los Angeles says the police in LA violated the law by attacking and arresting BLM marchers in last summer’s protests. Civil rights attorney Carol Sobel explains—she is one of the attorneys representing BLM in its lawsuit against the City of L.A.