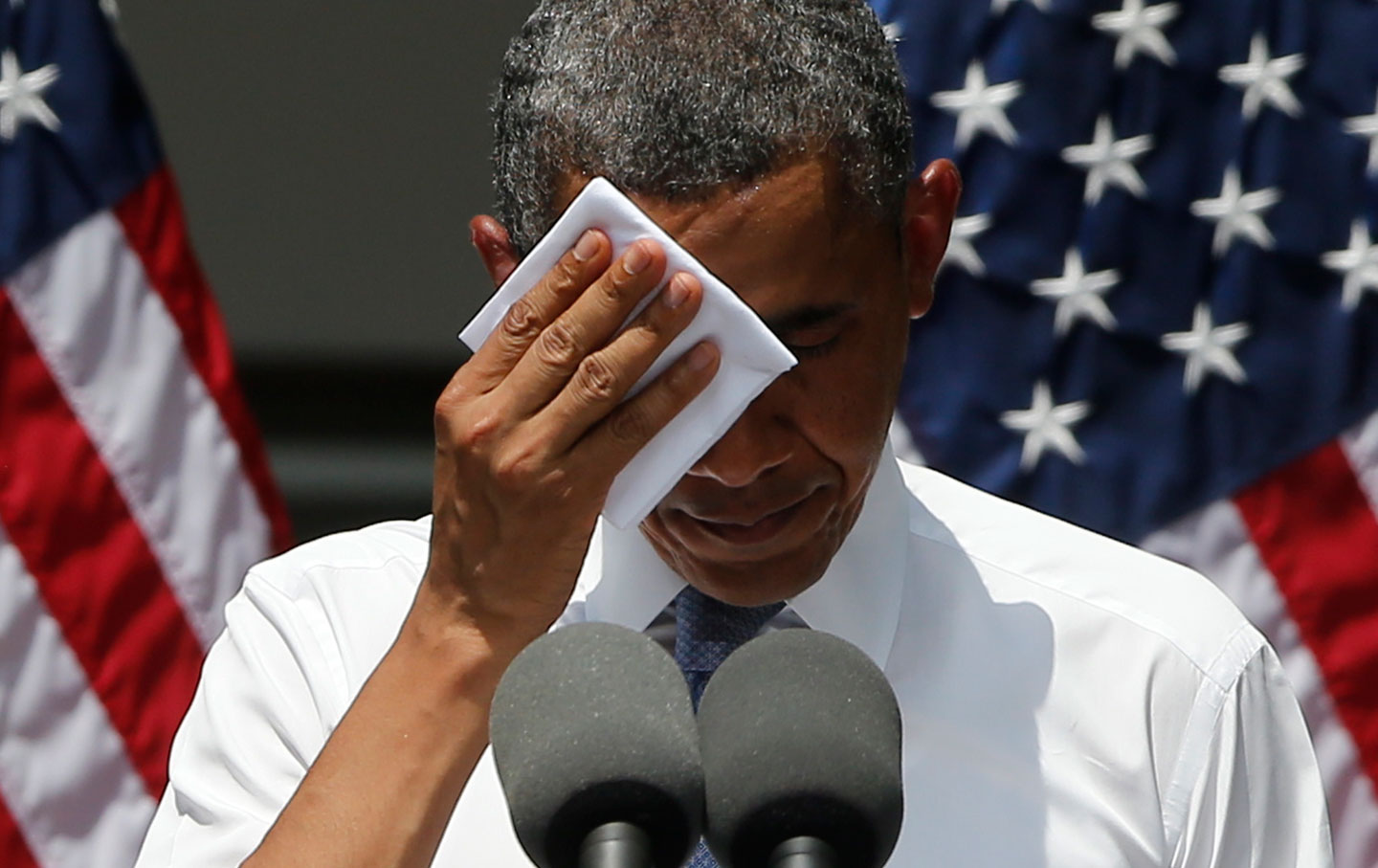 President Barack Obama wipes perspiration from his face as he speaks about climate change in 2013. (Charles Dharapak / AP Photo)

Obama’s memoir of his political rise and his first two years in office, A Promised Land, reminds us of a time when Donald Trump barely existed on our political landscape and in our consciousness. Eric Foner comments on what’s in the book—and what Obama leaves out.

Also: John le Carré died on Saturday—he was 89, and one of the greats, author of two dozen books people called “spy novels,” although they were much more than that. John Powers comments—he’s critic-at-large on Fresh Air with Terry Gross.