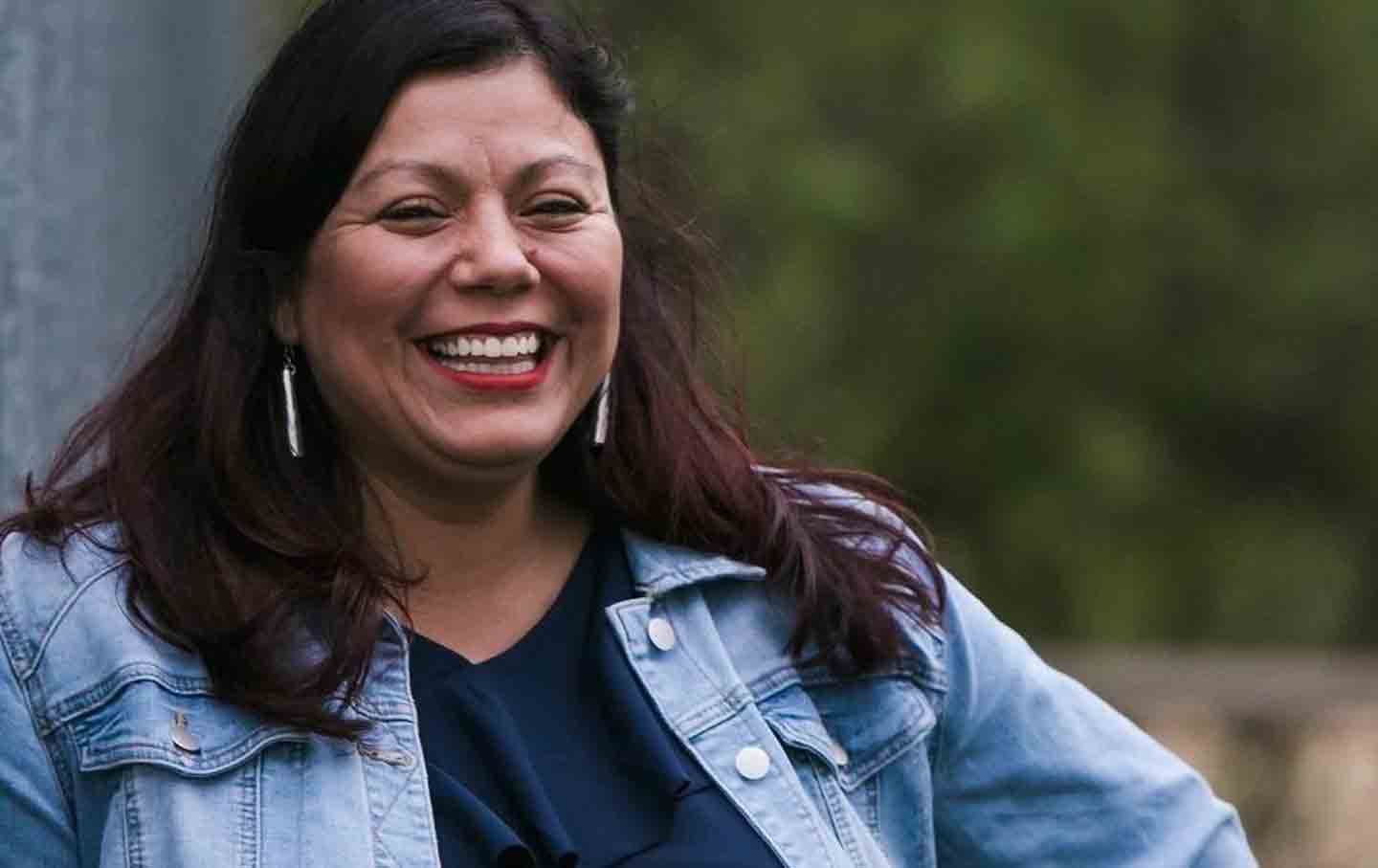 The records of the State Historical Society of North Dakota contain a bland notation of an infrastructure project from almost 70 years ago. “The Garrison Dam was built by the U.S. Government to control flooding and for continuity of downstream barge traffic. Strong opposition to this dam came from those who lived on the banks of the Missouri River, primarily American Indians, who were forced to abandon their homes and livelihoods when the waters rose to create Lake Sakakawea.” Ruth Buffalo had not yet been born in 1953, when the decisions of a federal government upended the lives of the Three Affiliated Tribes—the Mandan, Hidatsa, and Arikara Nations—on North Dakota’s Fort Berthold Indian Reservation.

Yet what happened then has shaped her activism and, now, a political career that has seen her elected to the North Dakota state legislature. In this interview with Next Left, she recalls the impact of federal decisions that transformed the live of her family and her community—with the flooding 94 percent of the agricultural land that tribes had worked for generations and the dislocation of native people from their historic homesteads.

Ruth Buffalo’s personal story offers a reminder that that the struggles of Native Americans with an indifferent and often destructive federal government are not issues of the past but of the present—as does the story of another struggle she has been involved with, that of the people of Standing Rock against the Dakota Access Pipeline. Buffalo’s election in 2018 came at a time when national attention was focused on efforts to suppress the vote of Native Americans in North Dakota. She actually beat the legislator who tried to make it harder to vote, and now she is working to open up the process. She ran for the legislature to put a host of issues on the agenda-health care, education, human rights-and now she’s having a lot of success in doing so because, as her campaign proudly announces: “Ruth is in the House”?

Native Students should not have to worry whether they will be allowed to wear eagle feathers and plumes during school-sanctioned events, Indian Country Today, Ruth Buffalo

The 2018 Midterms Have Exposed a Democracy in Crisis , The Nation, John Nichols