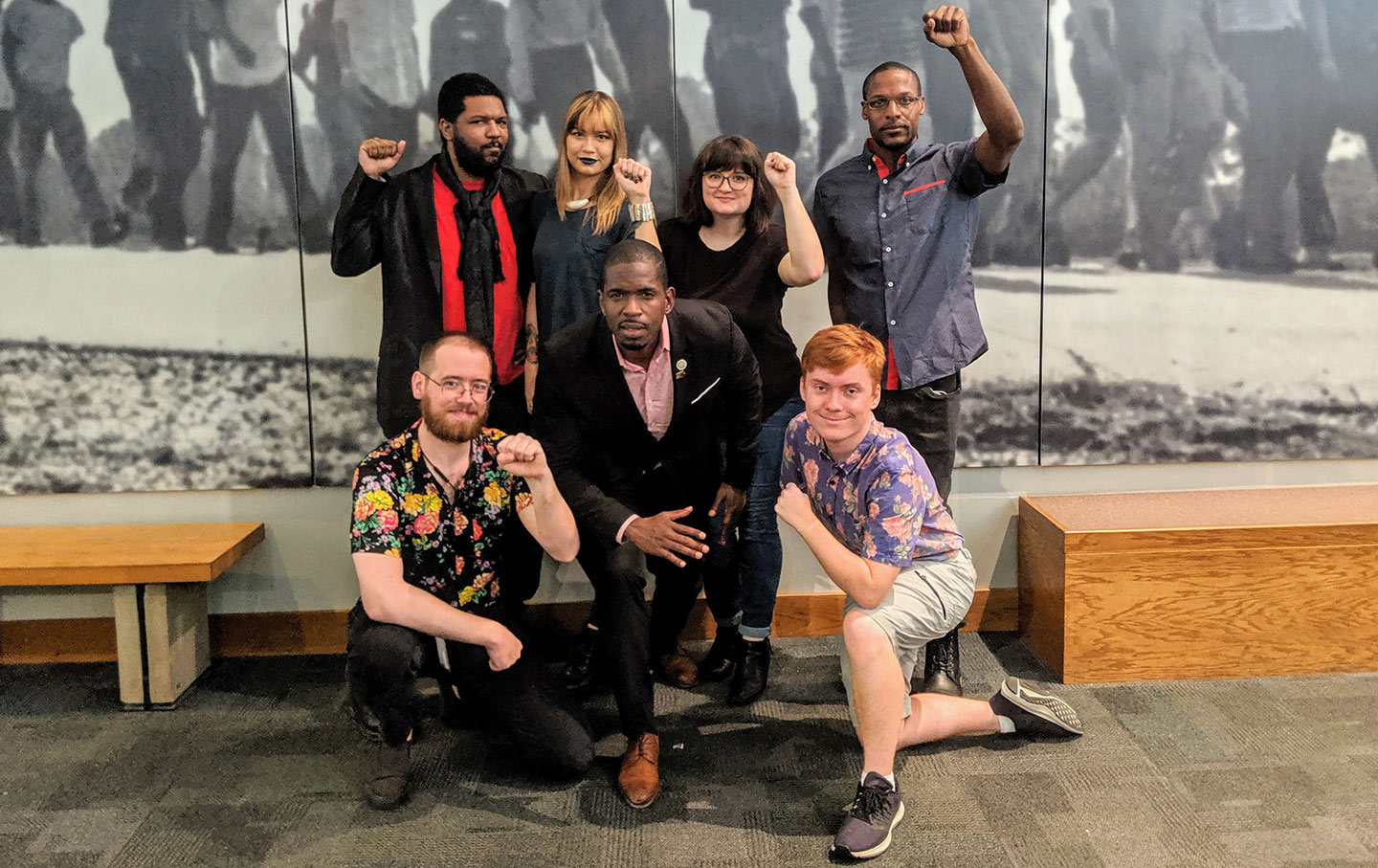 South Fulton, Georgia Councilman khalid kamau prefers to be introduced simply as “Councilman khalid.” He wants to dispense with the formalities, and with all the barriers that are erected between elected officials and the people they serve. The veteran activist, who is in his second year as a young councilman, thinks a lot about how to change our politics and our governance. He examines and reexamines issues and social relations at every level—starting with his lower-case name, which he explains on his official website “comes from the Yoruba tradition where the community is emphasized over the individual.”

Born and raised in what is now the municipality of South Fulton, he jumped at the chance to seek a council seat when the new city of almost 100,000 people held its first elections in 2017. He won a 67-33 percent landslide victory. But that election was not the beginning of his political journey. Councilman khalid started organizing when he was barely a teenager, and he has never stopped. He’s a leader of the metro Atlanta chapter of Democratic Socialists of America and a cofounder of the Atlanta chapter of Black Lives Matter, has been a labor organizer with the Amalgamated Transit Union, and is an ardent advocate of environmental justice and LGBTQ rights.

Councilman klalid believes that to make the changes that are necessary, there has to be a deep understanding of why things operate the way they do. For him, that requires an examination of economic social and racial relations at every level of our politics. It also requires that big challenges be met with a big vision. How big? He proposes to make South Fulton “a real-life Wakanda.” So it’s not surprising that South Fulton has organized a free “Wakanda in the Park” screening of Black Panther.

Councilman khalid is our guest this week on Next Left.