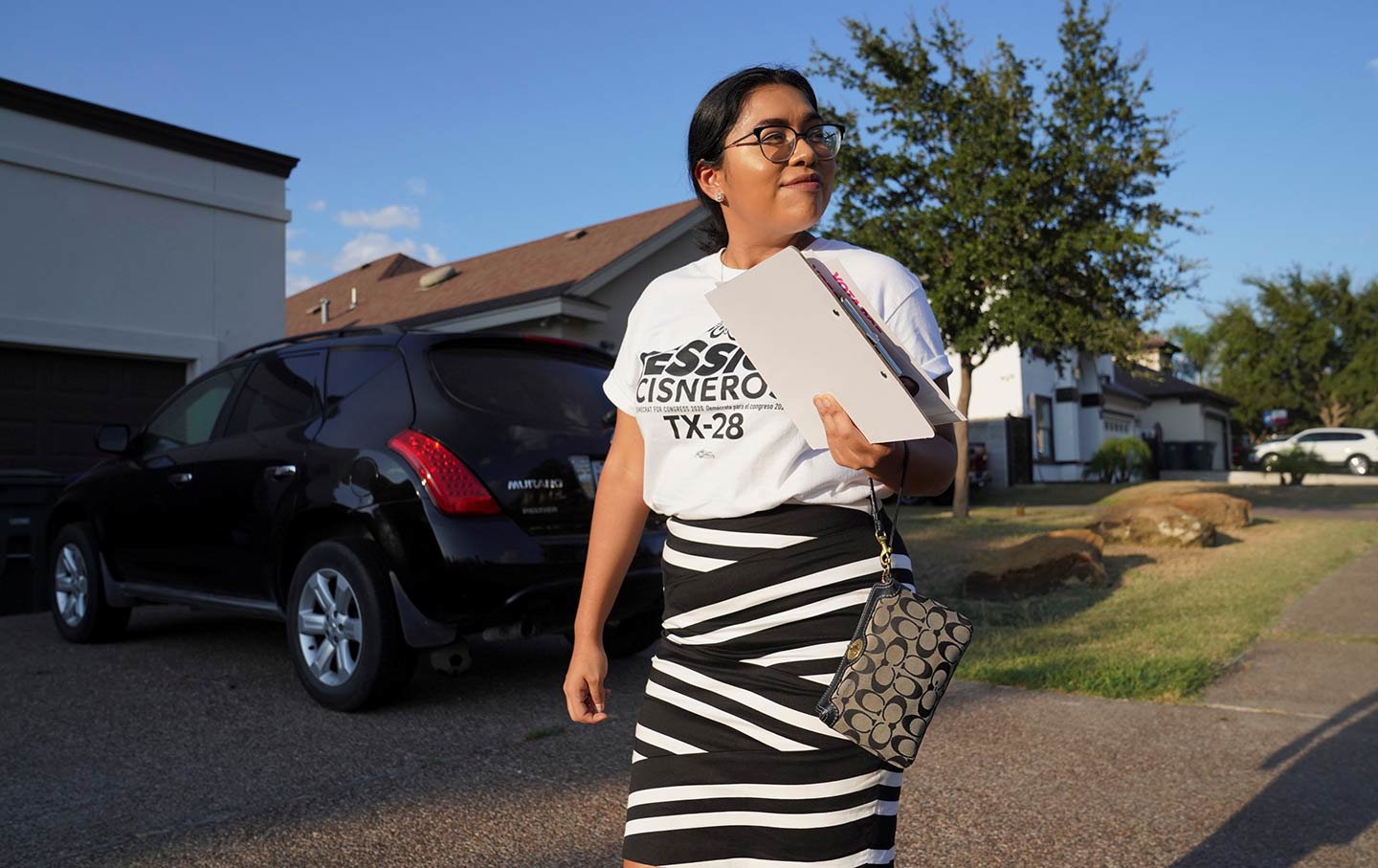 Jessica Cisneros is having a moment. The 26-year-old lawyer from Laredo, Texas, is making her first bid for office in a district that stretches along the Mexican border and up toward San Antonio. That’s a long way from Washington, though everyone there is talking about this political newcomer. Elizabeth Warren calls her “a Democrat that will be on the side of working people; not the side of big money and obstructionist Republicans.” Emily’s List is backing her, as is the Justice Democrats movement. Alexandria Ocasio-Cortez says Cisneros “is going to fight for real people, not big corporate donors like the Koch Brothers, GEO Group, and Exxon. When Jessica is elected, not only will I no longer be the youngest person in Congress—I’ll have a strong new ally in the fight for Medicare for All, getting corporate money out of politics, and fixing our broken immigration system.”

What’s striking is that Cisneros is not running for an open seat, or taking on a Republican incumbent in the sprawling 28th district of Texas. She’s running against a Democratic incumbent, Henry Cuellar, who ran his first campaign for public office almost a decade before Cisneros was born. Cuellar’s a so-called “Blue Dog” Democrat who takes money from the private prison industry, votes with the NRA, and often breaks with fellow Democrats to side with President Trump. Yet, he’s backed by House Democratic leaders such as Speaker Nancy Pelosi.

The Texas-28 race will not be the only contest that tests establishment versus insurgent sentiments in 2020. But it’s shaping up as one of the biggest ones. Cisneros is forcing Democrats to take sides as she mounts a classic challenge to the compromises that the party so frequently makes. We spoke to her in Laredo and she is our guest this week on Next Left.