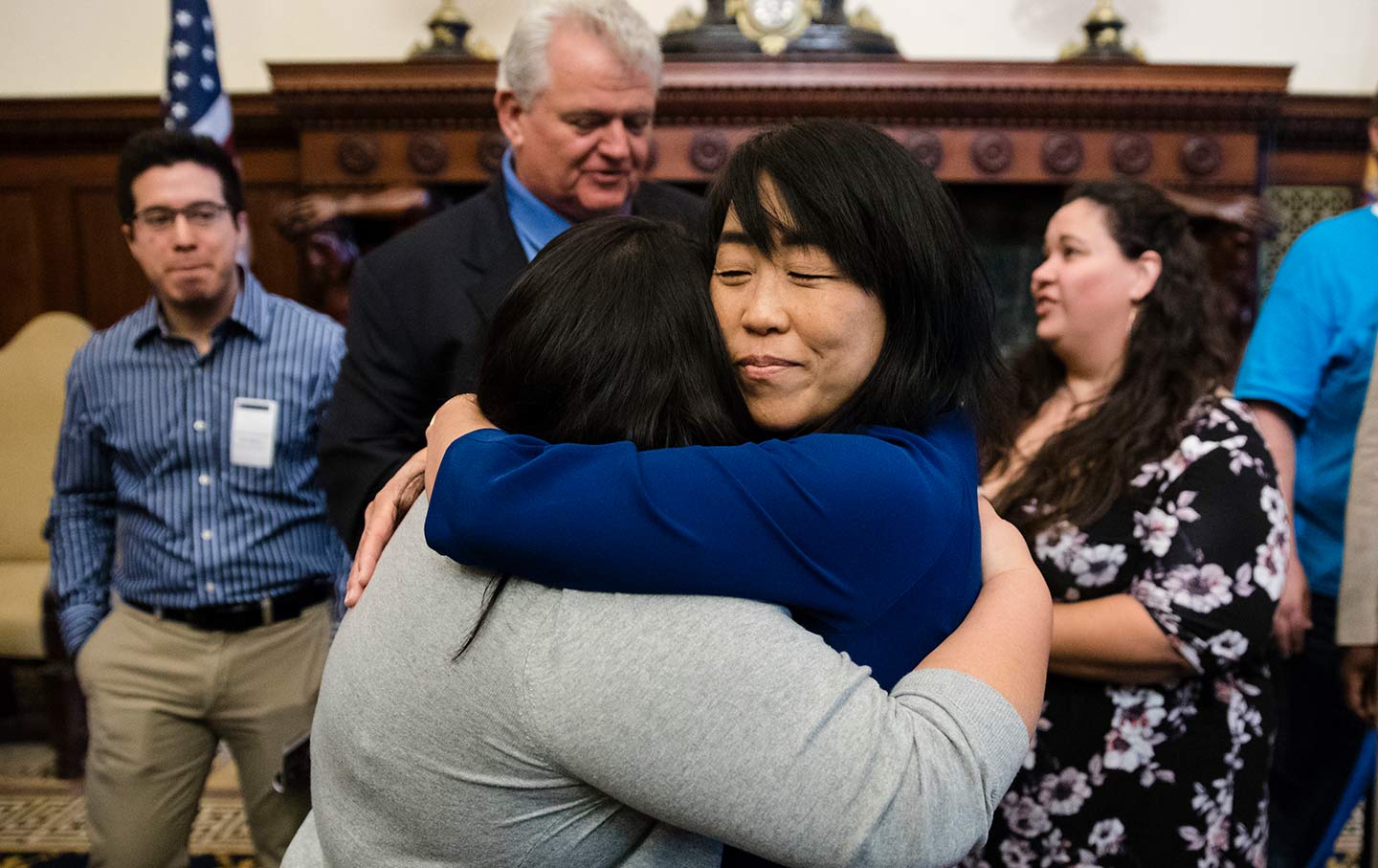 You may have seen Philadelphia City Council Member Helen Gym rallying recently with Senator Bernie Sanders to save Philadelphia’s Hahnemann Hospital from closure. That fight earned national headlines. But it was typical of how Gym serves.

Gym is always rallying and marching, picketing and petitioning. She’s an activist and an organizer who sees her service as part of a movement politics that is rooted in her community but that forges networks that are global in scope and character. Gym understands cities as laboratories of democracy that spin out ideas that other cities, states, and nations can adopt. And she’s got a lot of ideas, as you’ll hear on this week’s Next Left podcast.

Gym got her start in journalism, but soon turned to teaching and organizing. She’s been involved with a remarkable group of activists and organizers in Philadelphia, Asian Americans United. With them, Gym has fought to defend public education, empower workers, and prevent the displacement of working class families by developers. Her candidacy four years ago for an At-Large City Council seat extended from that activism. She won, and she’s been so effective that this spring she was the top vote-getter among more than two dozen candidates in the citywide Democratic primaries. Helen Gym is proving that activism and political success go together, which is part of what makes her such a fascinating—and important—guest on Next Left.

Activists in Philadelphia Have Reclaimed Control of the City’s Schools, The Nation, Jimmy Tobias

How Medicare for All Would Stop Hospitals Like Hahnemann from Closing, The Nation, Adam Gaffney

Bernie Sanders and Helen Gym: Philly’s fight for Hahnemann represents the need for health care for all, Philadelphia Inquirer

Philadelphia Just Passed the Strongest Fair Scheduling Law in the Nation, In These Times, Bryce Covert

What does Helen Gym’s resounding vote total mean for Council and Education? The Notebook, Greg Windle