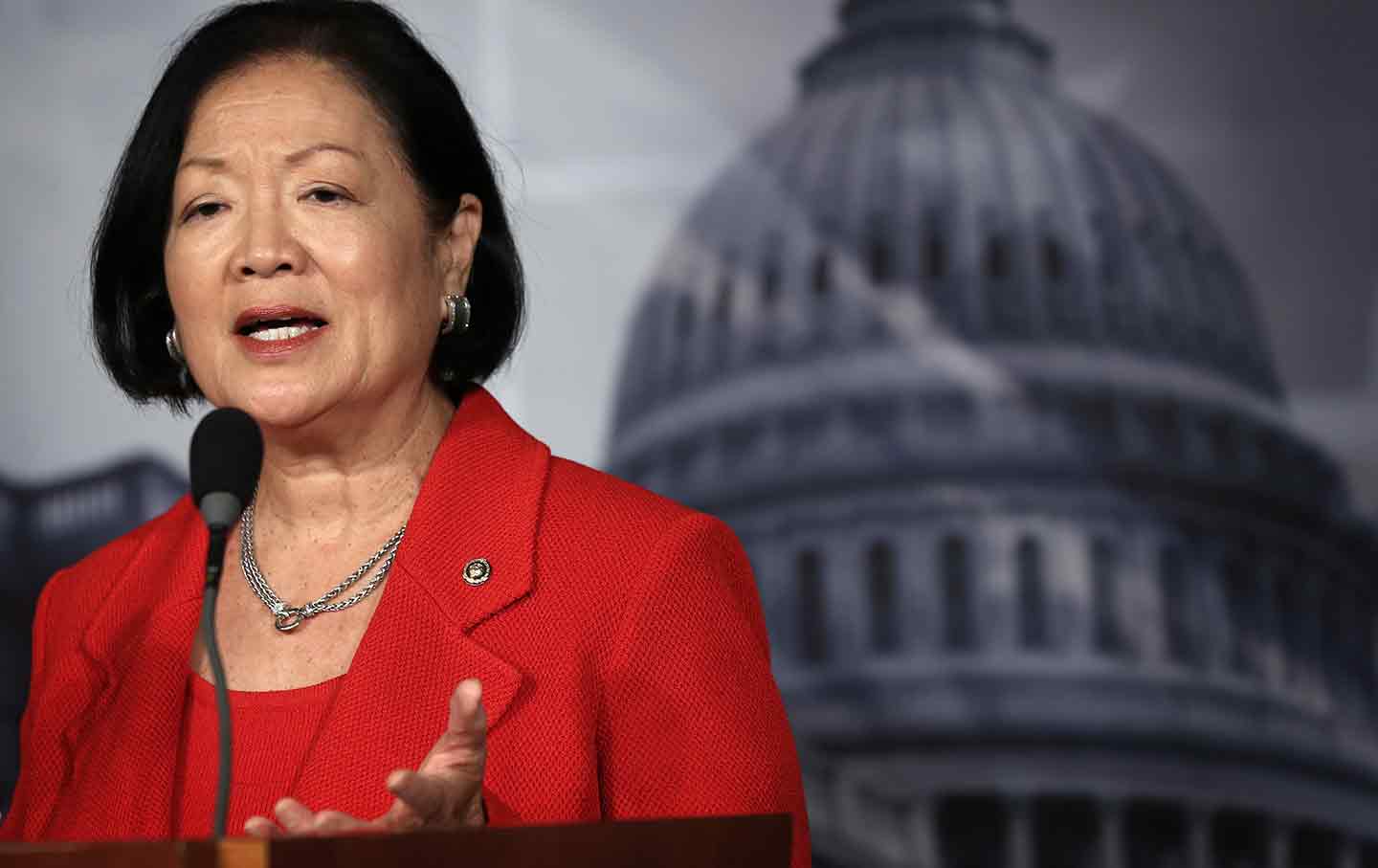 Mazie Hirono, senator from Hawaii: She’s the only immigrant currently serving in the Senate, and she was the first Asian American woman elected to that office, starting in 2013. She talks about the need for filibuster reform and Supreme Court reform, about the storming of the capitol on January 6, and about her vote on Amy Coney Barrett: “Hell, no.” Her new autobiography is Heart of Fire: An Immigrant Daughter’s Story.

Also: Bill Gates, the second richest man in the world, has spent the last 20 years giving away his money—through a $50 billion foundation. But whom exactly has he been giving that money to? Tim Schwab has some answers—his three reports in The Nation on the Gates Foundation just won this year’s Izzy Award, named after I.F. Stone and awarded by the Park Center for Independent Media at Ithaca College “for outstanding achievement in independent media” during 2020.

Plus: We’re still thinking about how Dr. Seuss Enterprises took six of his books out of print because they contained racist drawings. Right-wing media were pushing this story nonstop; according to a recent poll, more Republicans said they’d heard “a lot” about the move to withdraw some Dr. Seuss books than said the same about Biden’s huge Covid-19 relief bill. Katha Pollitt comments.