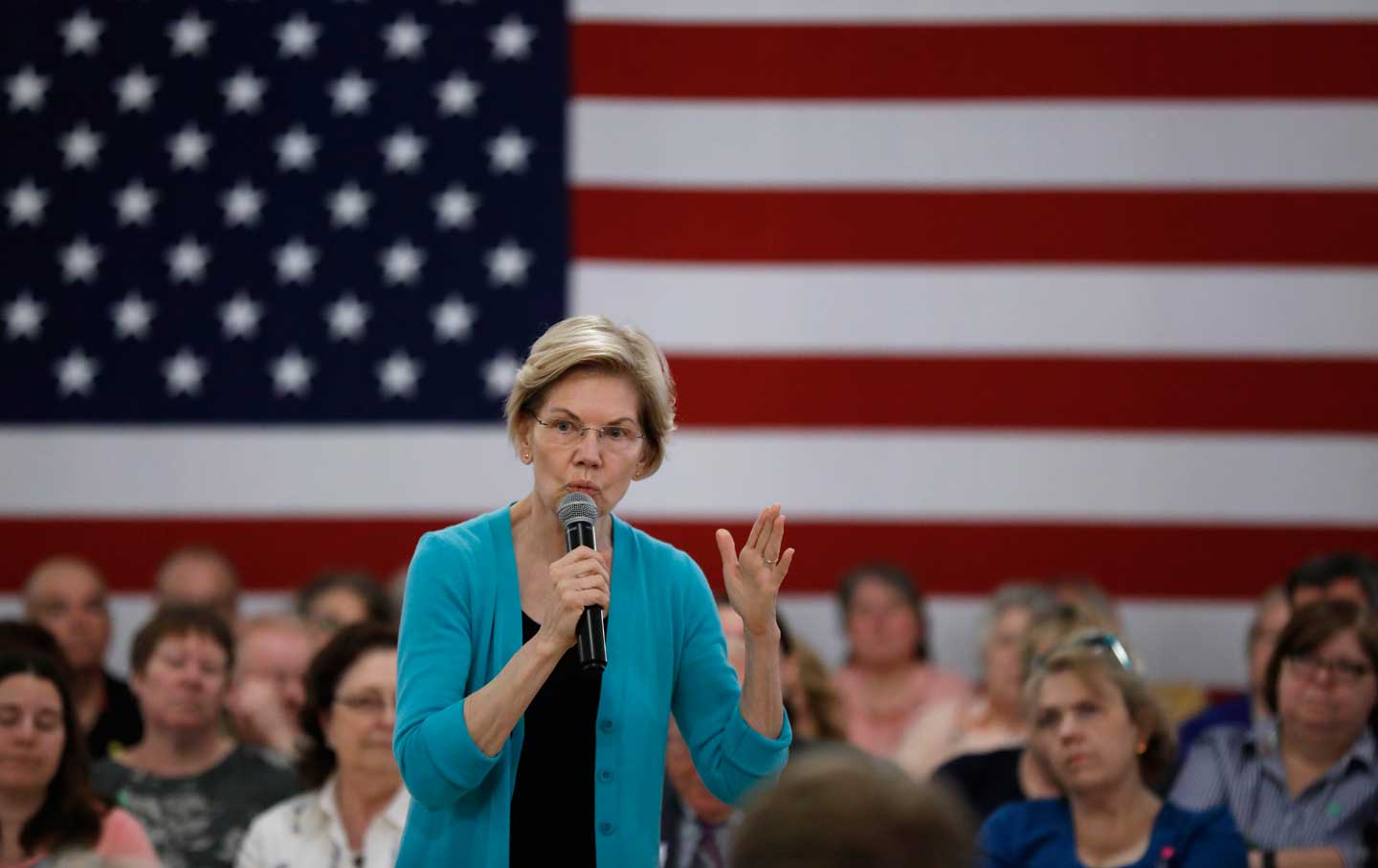 Elizabeth Warren speaks to local residents during a meet and greet on Sunday, May 26, in Ottumwa, Iowa. (AP Photo / Charlie Neibergall)

Campaigning in Iowa, Elizabeth Warren has made her story an American story, Joan Walsh says, and thereby found a good way to connect her policy proposals to her own life, and thereby to other people’s lives—and also to refute critics who say she’s an out-of-touch policy wonk.

Also: Joe Biden and his friends. He says some of them were segregationist senators—and he thinks that was a good thing, something that made it possible for him to pass important legislation. Jeet Heer says that’s a fantasy—Republicans are not going to work with Biden if he gets the nomination and defeats Trump. Jeet is a new national affairs correspondent for The Nation.

Plus: Recently Andrew Bacevitch visited the Middle East Conflicts Memorial—it’s like the Vietnam Veterans Memorial, but for all the Americans who fought and died in all of America’s wars in the Mideast. But unlike the Vietnam Memorial and the World War II Memorial, it’s not on the National Mall in Washington, DC; instead, it’s in Marseilles, Illinois. That says a lot about the place of our unending mideast wars in our current political debates.