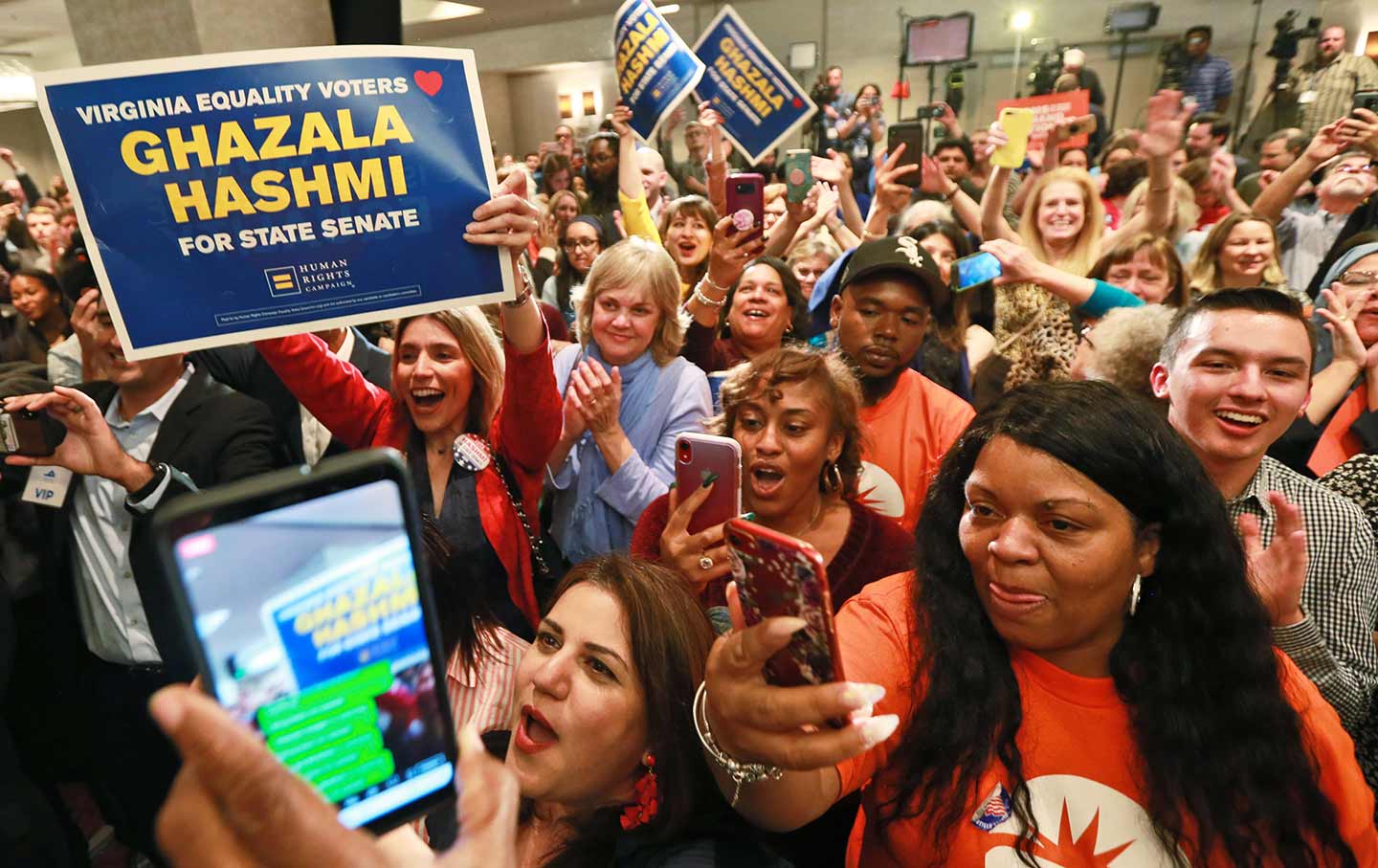 Democrats need to learn the lessons of their historic victory last month, when Virginia became the first Southern state in the post–civil rights movement era to entirely flip back to Democratic control. Virginia Democrats now hold the governorship and both houses of the state legislature. How did they do it? Joan Walsh says one key was that Republican attacks on abortion didn’t send Democrats running scared.

And Bryce Covert has been examining strikes in America over the last couple of years. More workers went on strike last year than at any time since 1986—more than 20 years ago. They include public-sector workers, like teachers and nurses, and corporate employees, like auto and hotel workers—and even low-paid, part-time and temporary employees who don’t have unions—like fast-food workers and Uber drivers. There’s something happening here.