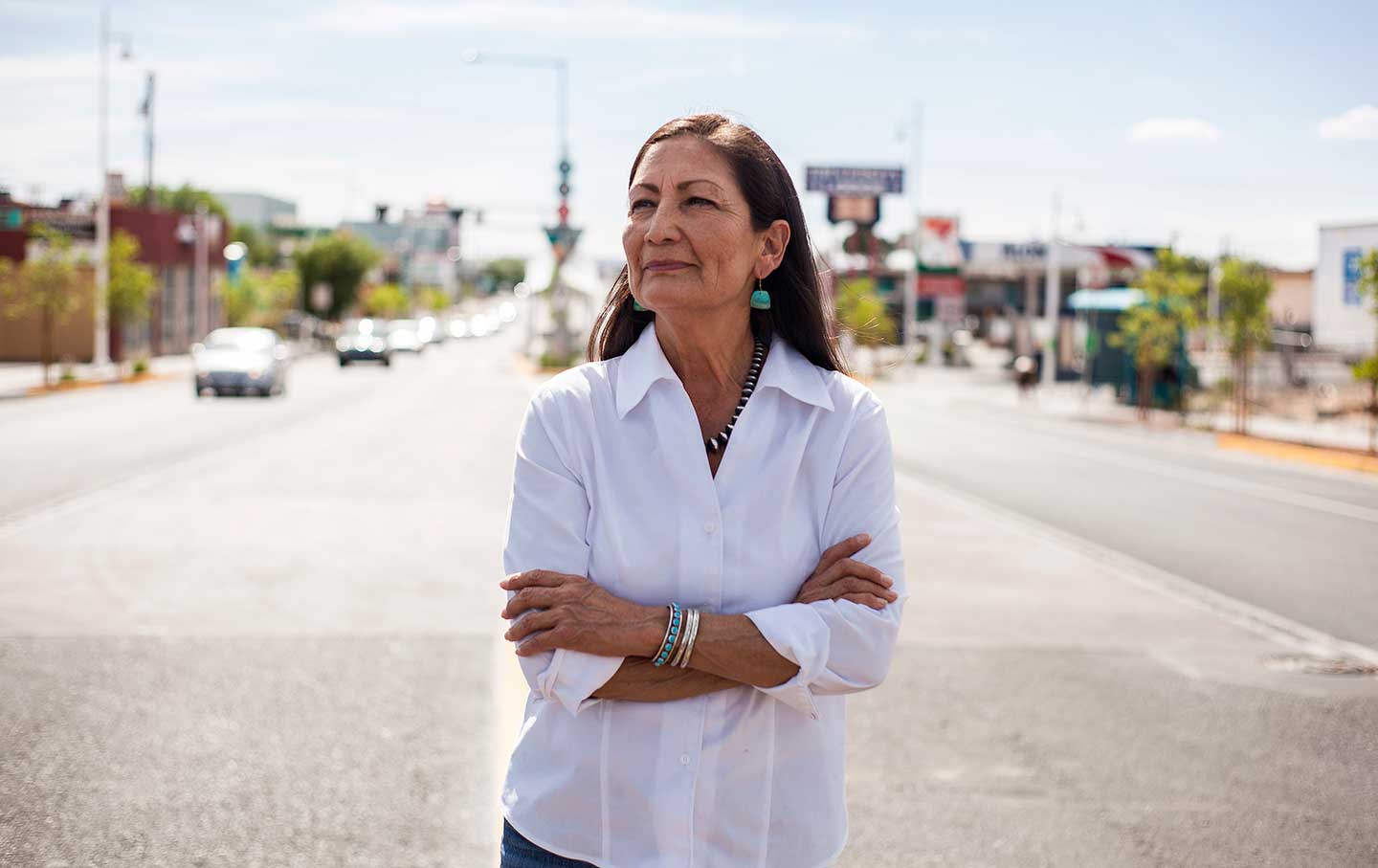 Congresswoman Deb Haaland has some ideas about what it means when President Trump tells newly-elected congresswomen to go back where they came from.

Haaland is, herself, a newly elected member of Congress from New Mexico, where her long history of activism includes stints as chair of the New Mexico Democratic Party and a bid for statewide office. A lawyer with great organizing skills, she has hit the ground running in the House, as a key member of the Armed Services and Natural Resources committees. She’s the co-chair of the Congressional Native American Caucus, and on March 7, 2019, during a debate on voting rights, she became the first Native American woman to preside over the United States House of Representatives.

That’s right. It took 230 years before a pair of Native American women—Haaland and Sharice Davids of Kansas—were elected to the people’s house. For Haaland’s part, she’s an enrolled member of the Laguna Pueblo people. Archeologists tell us that the Laguna Pueblo people have lived in western New Mexico since around 6500 BC. So when right-wingers talk about sending congresswomen who disagree with the president back, Haaland reminds them that her roots run a lot deeper than theirs do.

Congresswoman Deb Haaland is our guest this week on Next Left.