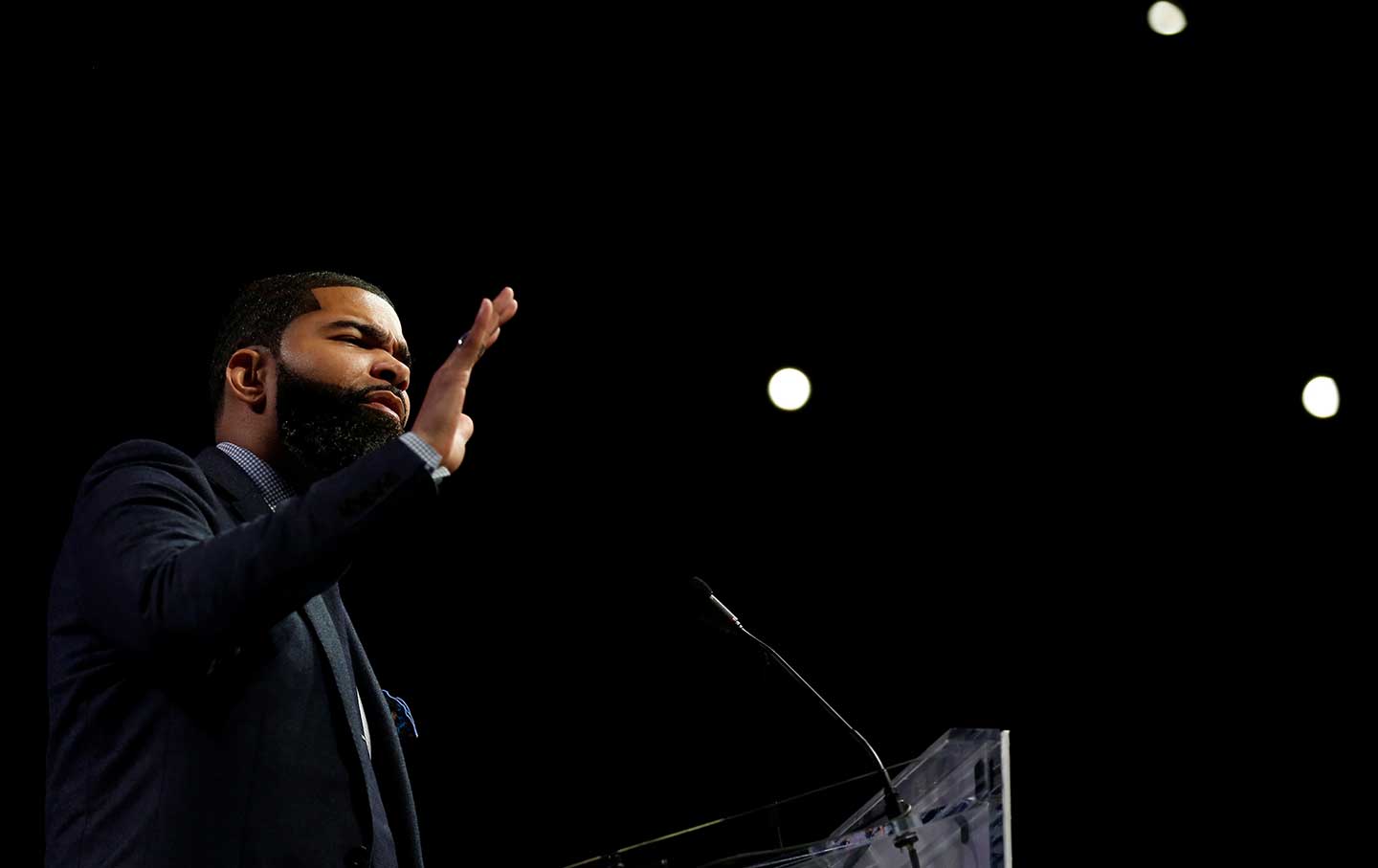 Jackson, Mississippi, Mayor Chokwe Antar Lumumba has a vision that distinguishes him from most elected officials in the United States, even from most progressive elected officials. He is not afraid of the world “radical,” in fact he relishes discussions about what it means to go to the root of challenging issues, to identify the sources of injustice, and to address them.

Mayor Lumumba comes from an activist family: His father, Chokwe Lumumba, was a legendary figure in Jackson and nationally, a brilliant lawyer, and organizer with the Republic of New Afrika and other groups on behalf of communities that have been let down by both major parties. The senior Lumumba warned against imagining that answers would come from distant political figures. He believed in building from the grassroots up. Eventually, he was elected mayor of Jackson in 2013, a victory that drew national attention because of what it said about the opening up of American politics, especially in the South. He was described as America’s most revolutionary mayor.

When he died, less than a year after taking office, his son ran to replace him, and lost. That defeat did not dissuade Chokwe Antar Lumumba, he kept speaking up, organizing, and campaigning.

In 2017, running on a people’s platform and an agenda of social justice and economic democracy, he won the mayoralty by a landslide, taking 94 percent of the general election vote. He promised to make Jackson the most radical city on the planet. As mayor, he has stood up to Donald Trump, and he has taken on national issues, but his primary focus has been on the grassroots work of delivering services, people-powered budgeting, and community empowerment. Chokwe Antar Lumumba, the mayor of Jackson, Mississippi, is our guest this week on Next Left.

Mayor-elect Lumumba: Jackson ‘to be the most radical city on the planet’, Clarion Ledger, Anna Wolfe

Is This the Most Radical Mayor in America? The Nation, D.D. Guttenplan

Why Fixing Potholes Is Key to This Mayor’s Radical Political Agenda, The Nation, Greg Kaufmann

After Immigration Raids In Mississippi, Mayor of Jackson Calls On Churches To Become Safe Havens, WBUR