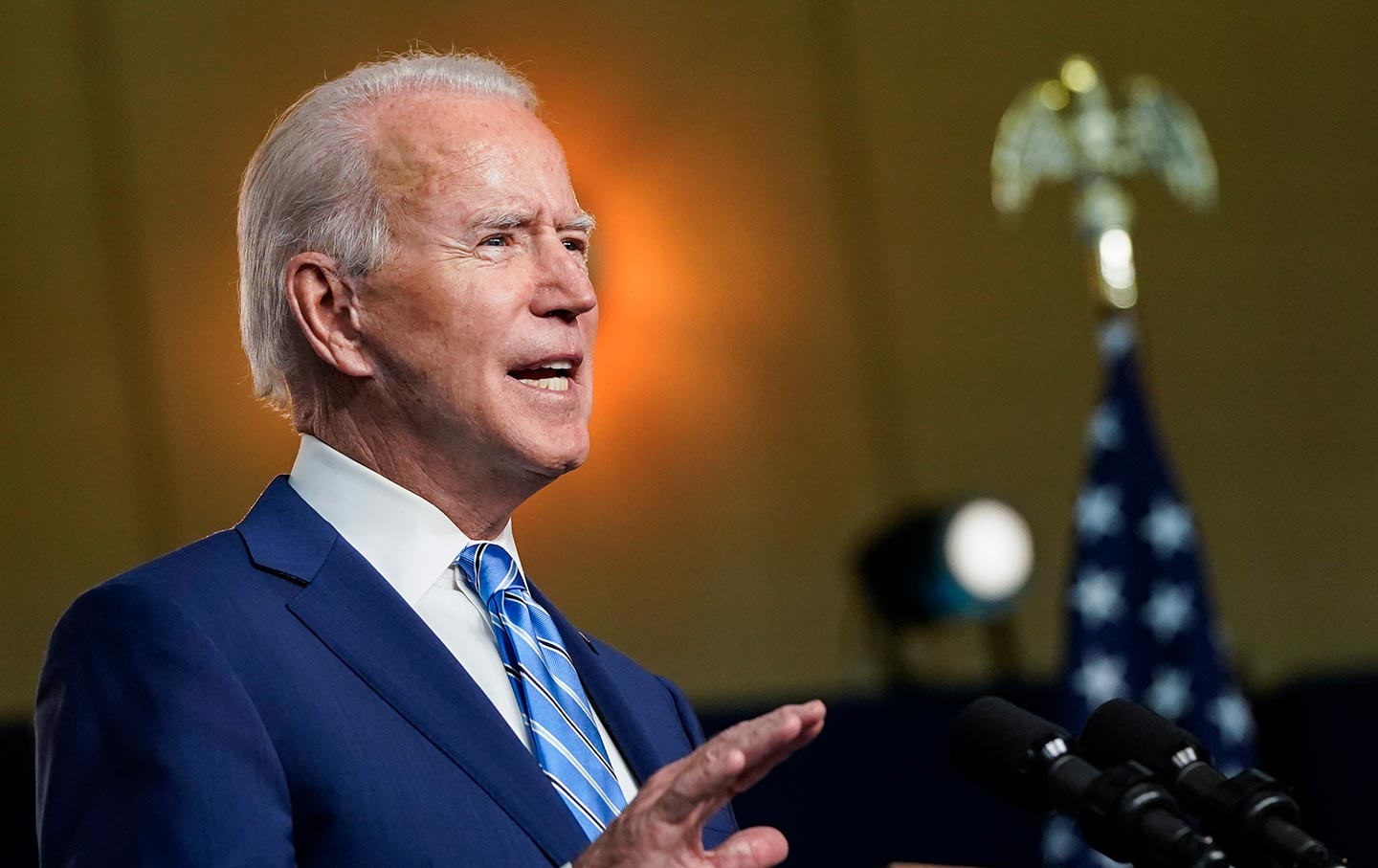 John Nichols says Joe Biden seems to be headed for a historic win. On Wednesday afternoon he already had more than 70 million votes—the largest number of votes for a president in American history. He’s also above 50 percent, something no Democrat has done in our lifetimes, except for Barack Obama. So this is likely to be a big victory, except for one thing: the Electoral College. That’s where it’s close, and that’s our problem.

Joan Walsh looks at Trump’s support, and finds it shocking that he did about as well as last time, despite everything that he’s done in the last four years, culminating in the disaster of the pandemic response and the highest unemployment rate since the Great Depression. She concludes that too much of our country consists of racists who prefer white supremacy to equality.