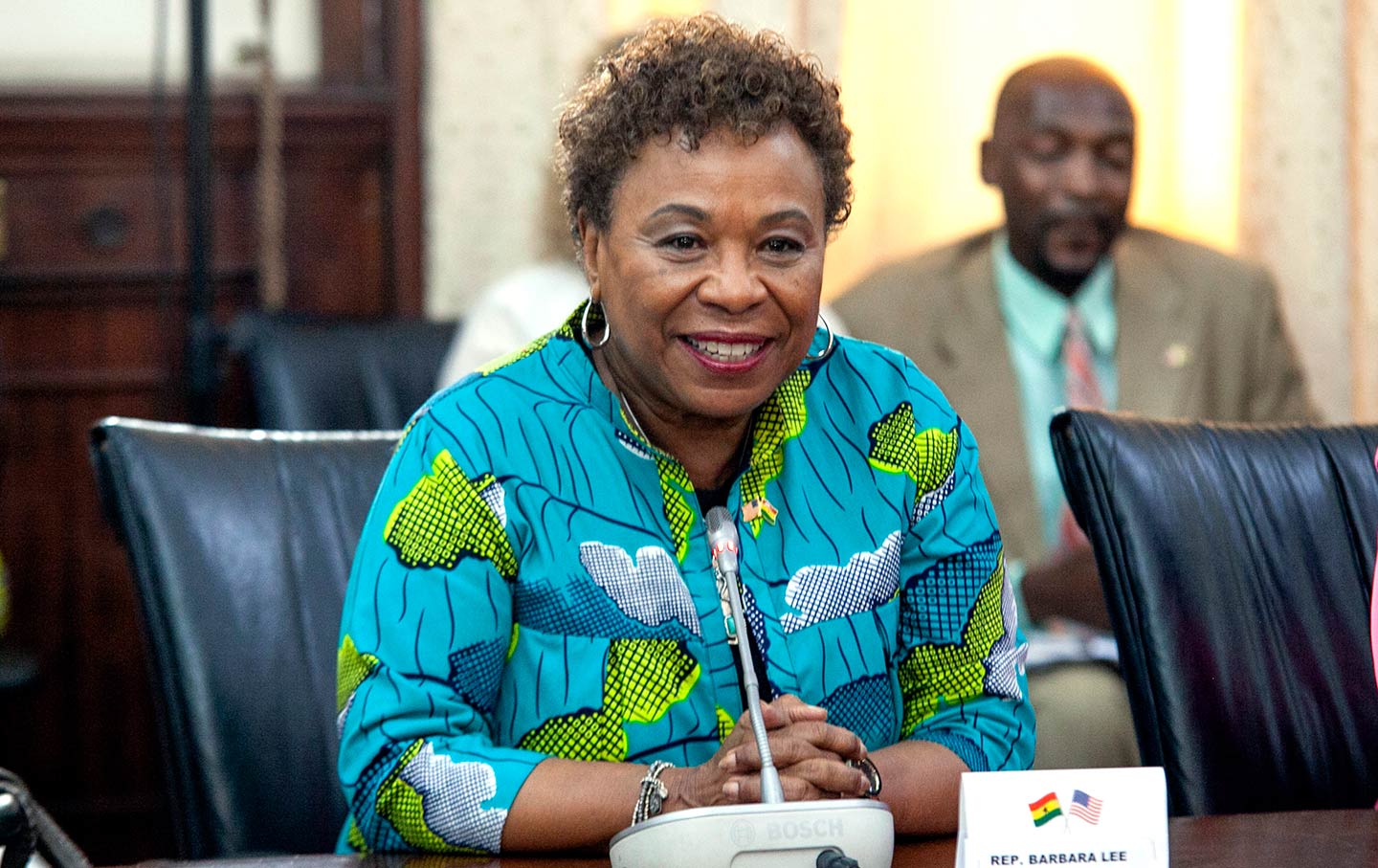 Next Left has this year highlighted political newcomers, rising stars, and challengers to the status quo. But as we spoke with first-time candidates and members of city councils, legislatures, and the Congress, something stood out. All of these new political leaders had political inspirations—groundbreaking candidates and elected officials who came before them.

At or near the top of the list of inspiring figures, especially for new members of Congress, was California Democrat Barbara Lee. So we decided to talk with her.

A veteran of Shirley Chisholm’s historic 1972 presidential campaign, a former state representative and senator, Lee was elected to the US House in 1998 to replace her longtime ally Ron Dellums. Lee has chaired the Congressional Black Caucus and co-chaired the Congressional Progressive Caucus. She has led platform-writing processes for the Democratic Party and served as a United States representative to the United Nations. But, above all, she has been the House’s steadiest advocate for peace—since even before she cast the only vote against the 2001 authorization of the use of military force (AUMF), which remains the excuse for unwarranted presidential warmaking. She is, to this day, working to overturn the AUMF, as one of her many projects as one of the most active—and activist—members of Congress.

This week, on Next Left, we’re excited to talk with Barbara Lee about her remarkable journey from her own youthful activism with Black Panther food programs to mentoring the next generation of progressive leaders. “These young women who have come to Congress, they’re smart, they’re brilliant, they’re passionate, they’ve come with a mission, they know what they’re doing,” Lee told us. “I love them and I encourage them. I’m very proud to be their OG. It makes me very happy.”

Ron Dellums Maintained a ‘Relentless Faith in Our Ability to Make a Better World’, The Nation, John Nichols

Barbara Lee’s Lone Vote on Sept. 14, 2001, Was as Prescient as It Was Brave and Heroic, The Intercept, Glen Greenwald