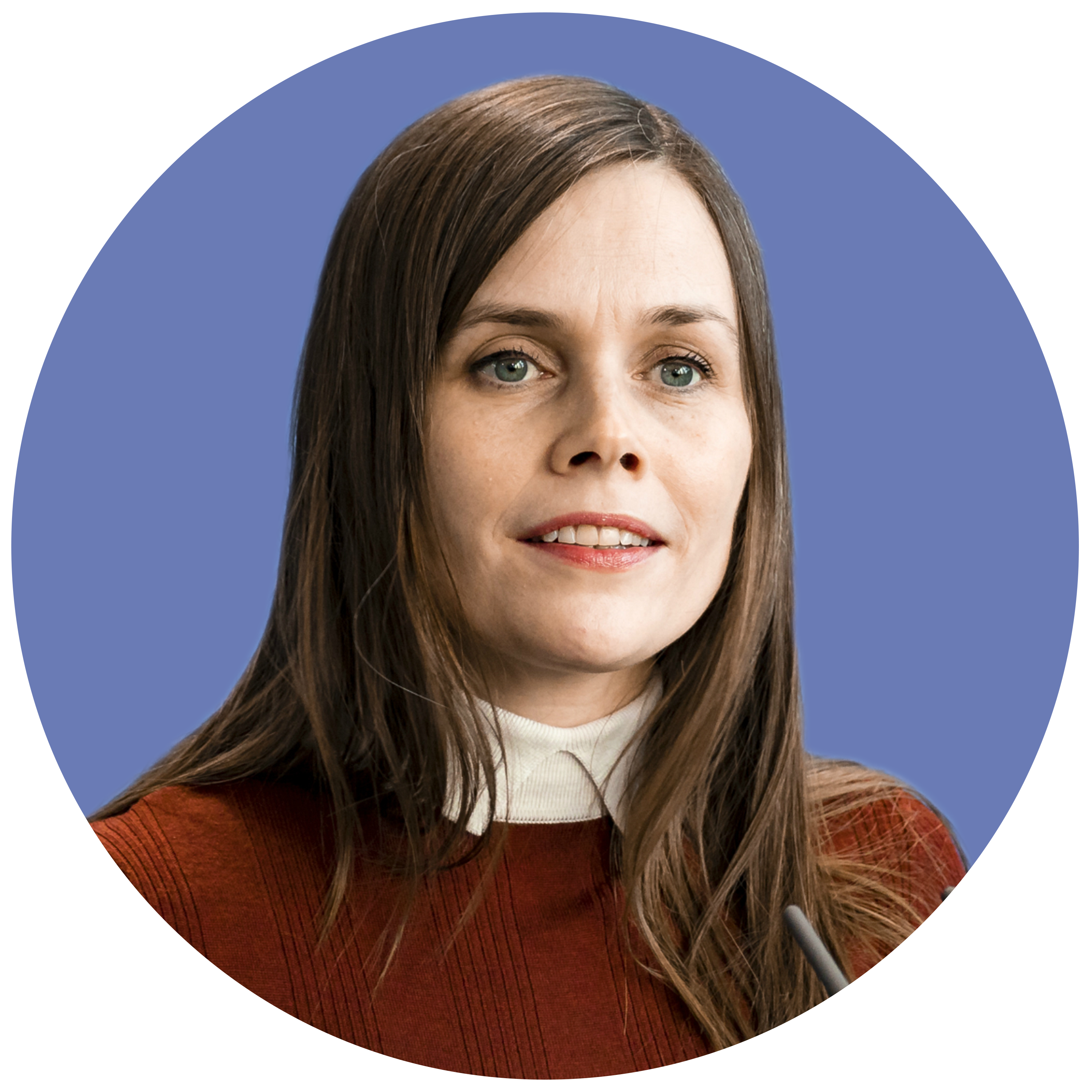 Katrín Jakobsdóttir is Iceland’s 28th Prime Minister. She is Iceland’s second female head of government. She also serves as the Chair of the Council of Women World Leaders. ​She became deputy Chairperson of the Left-Green Movement in 2003 and has been the Chairwoman of the party since 2013. Jakobsdóttir has been a Member of Parliament since 2007, serving as the Minister of Education, Science and Culture from 2009 to 2013, as well as the Minister for Nordic Cooperation from 2009 to 2013.