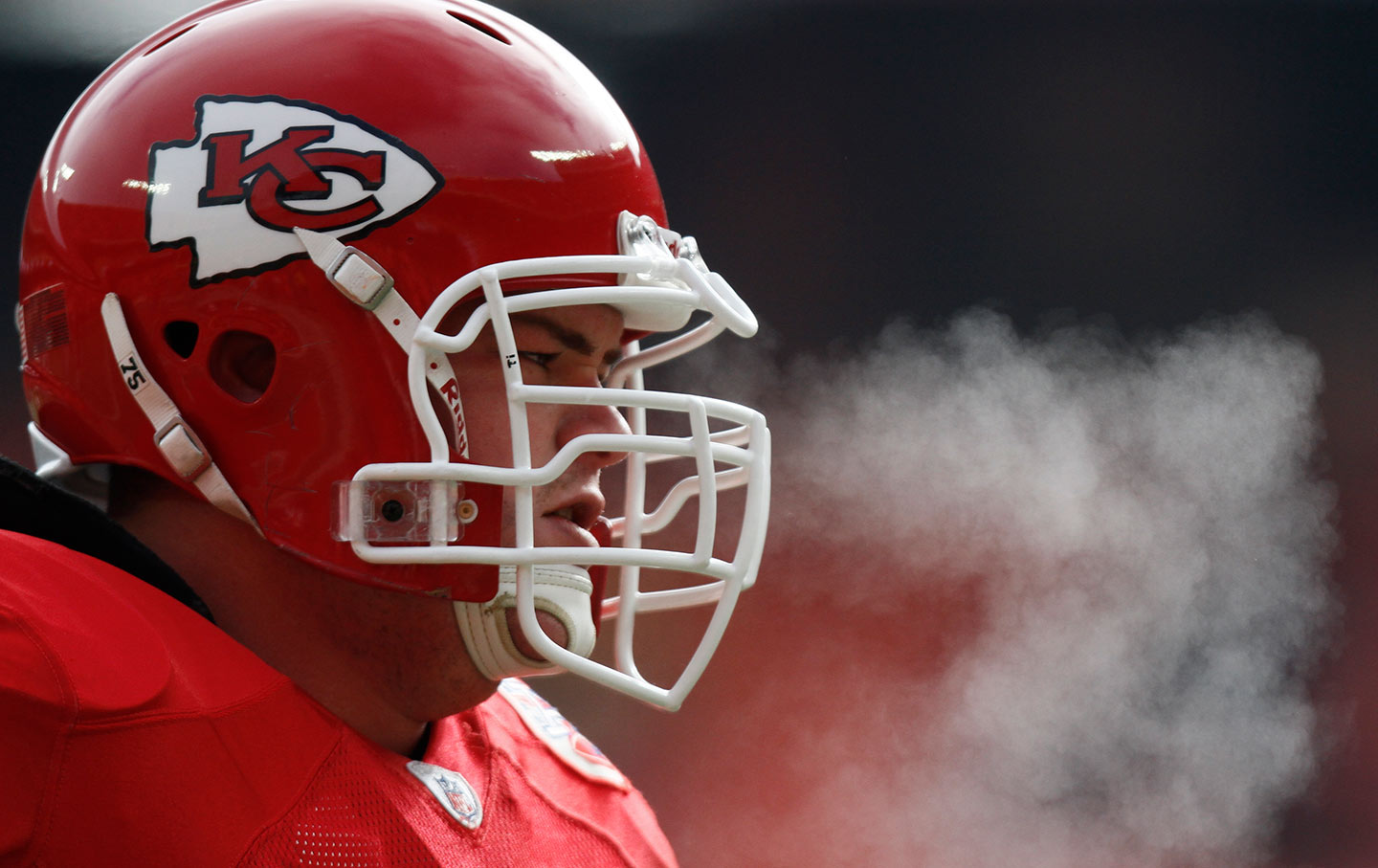 This week we talk to former NFL player Ryan O’Callaghan about his book My Life on the Line, and what it was like to keep his sexuality hidden as an NFL player. It’s a riveting story.

We also have Choice Words about California’s new law giving student-athletes some rights when under the thumb of the NCAA. We also have Just Stand Up and Just Sit Down awards to Minnesota Viking Receiver Stefon Diggs and TheMaven’s decimation of a venerable sports media institution, Sports Illustrated. All that and more!

Ryan O’Callaghan
Ex-Patriots lineman Ryan O’Callaghan, who came out as gay, recalls Robert Kraft’s support
My Life on the Line: How the NFL Damn Near Killed Me and Ended Up Saving My Life