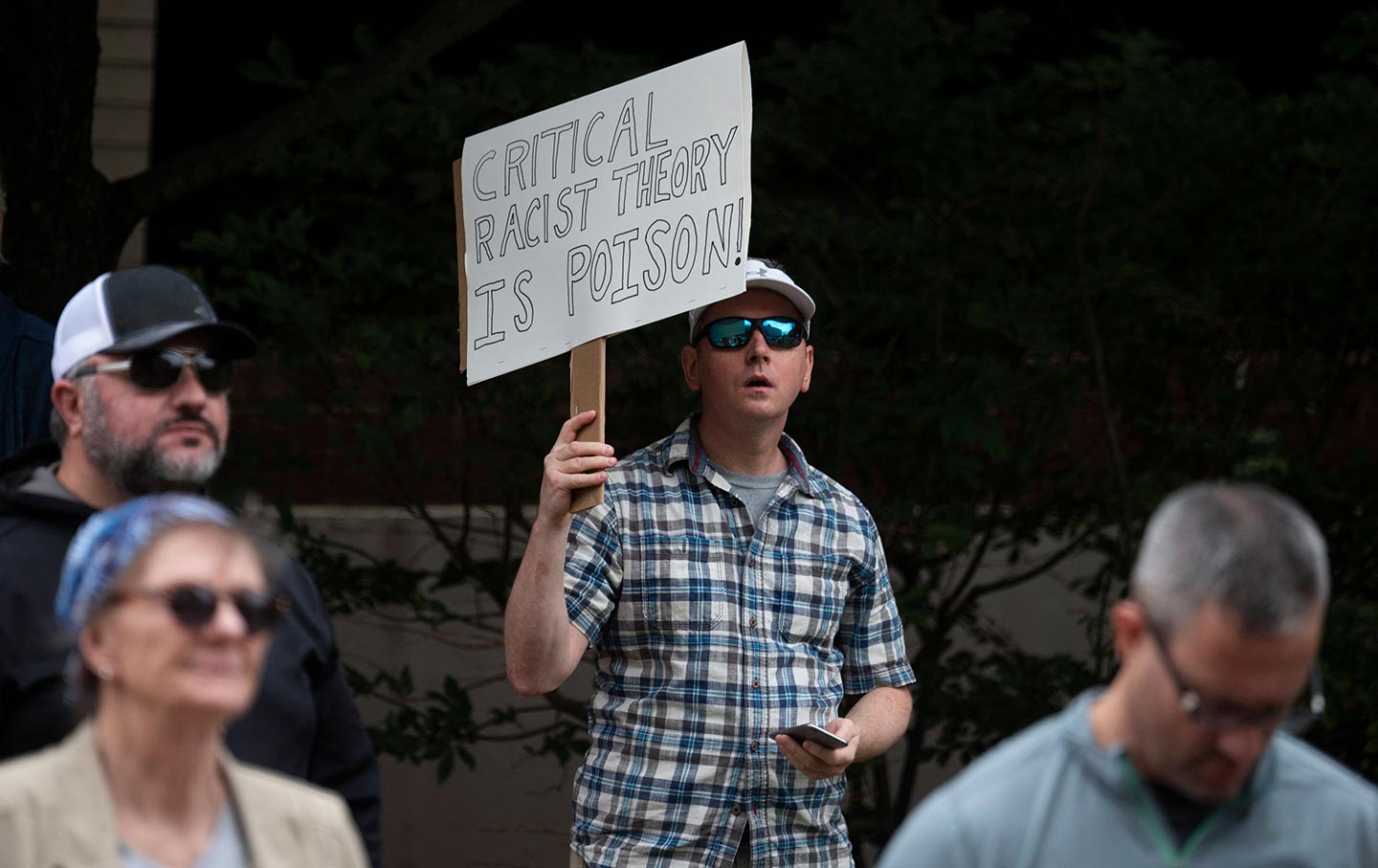 A man holds up a sign during a rally against teaching Critical Race Theory in schools at the Loudoun County Government center in Leesburg, Va., on June 12, 2021. (Andrew Caballero-Reynolds / AFP via Getty Images)

Critical Race Theory has been attacked on Fox News nearly 1,300 times. It’s being banned from public schools and colleges in something like 15 Republican-controlled states. But what is “critical race theory”? And why is this happening now? Kimberlé Crenshaw explains; she teaches law at Columbia and UCLA, and she’s probably the most prominent figure associated with critical race theory—she coined the term 30 years ago. She’s also creator of the concept “intersectionality” and the hashtag #SayHerName.

Also: there’s a new book about the sixties—about the heroism, and the disasters, of the movements of that decade. The authors are the brother and sister team David Talbot and Margaret Talbot—David is the founder of Salon, and Margaret writes for The New Yorker.