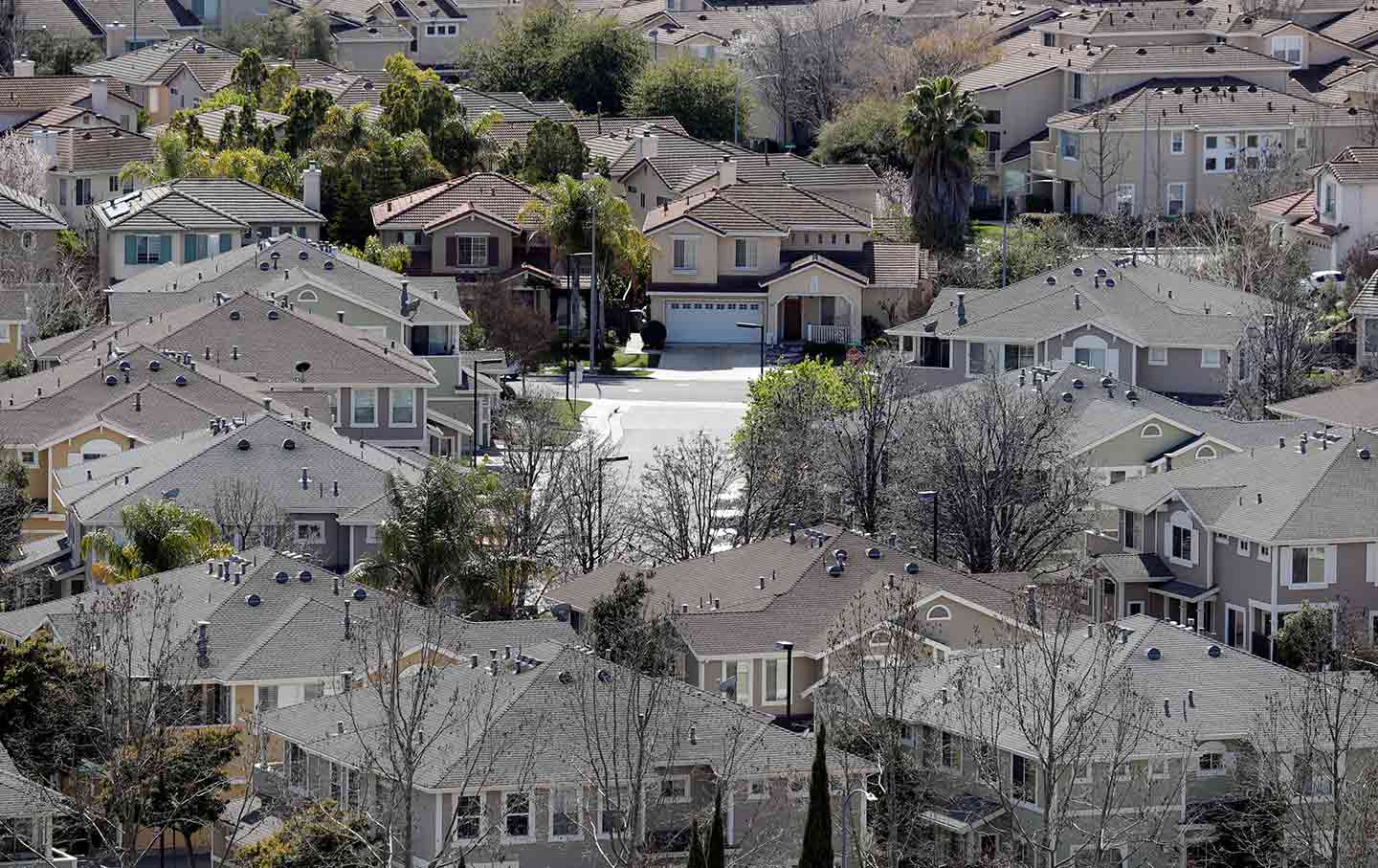 Some of the least affordable homes in the country are in San Jose, California. (AP Photo / Marcio Jose Sanchez)

If I asked my neighbors in San Francisco if they’d support a policy that reduces fossil-fuel consumption, protects unspoiled wildlands, increases economic mobility, and creates more affordable housing, they would probably all say yes.

But if I told them such a policy would legalize small apartment buildings in our neighborhood of charming, million-dollar single-family homes, many of them would balk. That would make parking even harder, increase traffic, block views, bring rowdiness and crime, make our schools worse, they’d argue.

Soon, a series of proposals to increase urban density in California, Oregon, Seattle, Austin, and numerous other places will shed light on whether liberal America is willing to live according to its purported values. Neighborhoods like mine can welcome apartment buildings and their residents and be part of the solution to our society’s big collective-action problems—or they can remain as they are: fundamentally conservative spaces defined by an “I got mine” philosophy.

Much of the debate surrounding zoning proposals like this one focuses on the pressing issue of housing affordability: more units would, down the line, mean lower costs. But these ideas have much wider implications, too. Allowing a lot more people to live in the places with the most jobs, educational opportunities, and transportation options will reduce segregation and inequality, enable more people to live an environmentally friendly lifestyle, and create the kind of homes that conform to current demographic realities. 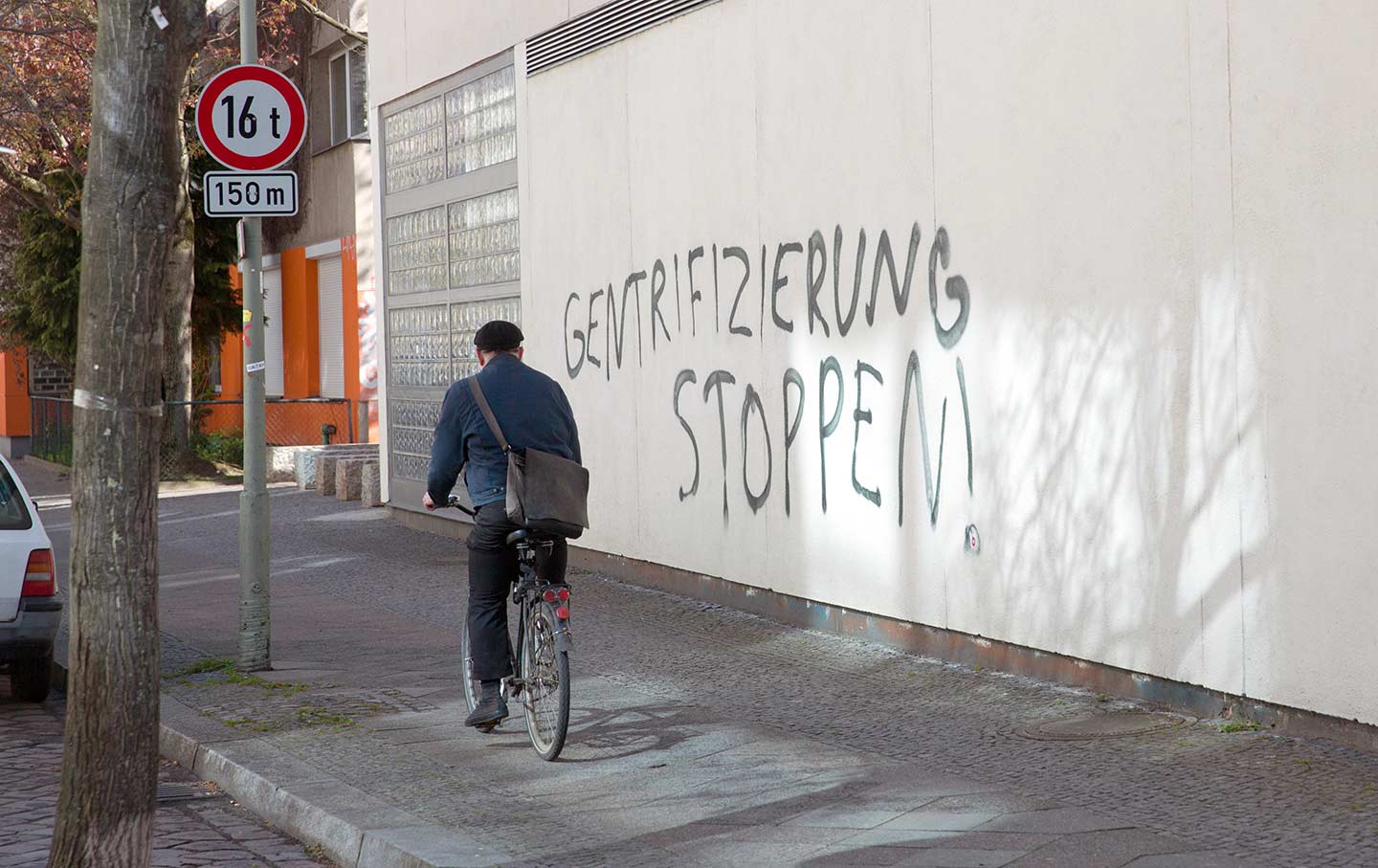 While by no means a panacea, increasing the density of America’s cities is a prerequisite for any remotely left-leaning vision of the future. And right now, neighborhoods zoned to accommodate only single-family homes are standing in the way of the society everyone in liberal America claims to want.

To understand the problems associated with America’s land use and housing status quo, it’s instructive to look back at the political choices that have dictated where, and for whom, new housing could be built.

For most of American history, urban neighborhoods had limited zoning restrictions. Single-family homes were regularly converted to flats or boarding houses, like Boston’s triple deckers and many of the Bay Area’s Victorians. Apartment buildings, sometimes with street-level stores, were permitted to rise alongside them. By the 1960s, this piecemeal urban-development regime had been replaced by massive government-initiated urban-renewal projects, which frequently led to the demolition of historical low-income communities of color in favor of modernist housing blocks and parking lots. As the horrors of urban renewal came into view, more politically empowered, usually white communities rallied to get their neighborhoods “downzoned,” severely limiting the number of new housing units that could be built.

Los Angeles went from being zoned to accommodate 10 million people in 1960 to 4.3 million in 2010. San Francisco’s 1978 citywide downzoning decreased the number of housing units that could be built in the city by 180,000, equivalent to more than 50 percent of the city’s housing stock at that time.

While downzonings were often a response to urban renewal, they, too, had the effect of entrenching racial boundaries established decades earlier by redlining and de jure segregation. In Chicago, 80 percent of which is off-limits to multifamily housing, downzonings have been heavily concentrated in white neighborhoods. Fourteen majority-white wards (out of 50 total) contain 55 percent of the city’s land that was downzoned between 1970 and 2016, often after an affordable-housing project was proposed in one of these neighborhoods. Throughout the country, zoning policies like single-family-home-only mandates and large minimum-lot sizes, also known as “snob zoning,” have become a common practice that ensures housing in these places is only available to those of a certain means, and very likely, race.

With so many neighborhoods functionally off limits to new housing, development has been pushed ever farther into the hinterlands, gobbling up farmland and open space, and forcing people into harrowing, gas-guzzling car commutes. As cities regain their cultural clout, low-income African-American and Latino neighborhoods are often among the few where new housing is permitted, concentrating growth pressure and accelerating the process of gentrification. Just as in the urban-renewal era, our current “urban renaissance” has seen low-income minority neighborhoods change dramatically, while upper-middle-class, single-family-home neighborhoods have had the privilege of remaining the same.

Meanwhile, the world outside these enclaves is changing. The 53 largest metro areas, which currently account for just over half of America’s total population, captured 73 percent of the nation’s employment growth and 93 percent of population growth between 2010 and 2016. Cities are where the jobs and opportunity are, but there remain far too few places to live. In 2017, the Bay Area added more than 50,000 jobs but only 15,000 housing units.

The cities and states feeling these challenges most acutely are beginning to respond in kind. Minneapolis was a trendsetter with its 2040 plan, ratified in December, that legalizes duplexes and triplexes in all neighborhoods formerly reserved for single-family homes, and allows even higher densities close to downtown and along major transit corridors. In many cases, the law re-legalizes housing types that were prevalent in the first half of the 20th century which characterize the most beloved, desirable neighborhoods.

Massachusetts, Utah, Seattle, Austin, Berkeley, and many other jurisdictions are also crafting new policies that would increase residential densities near jobs and public transit. The Oregon state legislature, having recently passed the nation’s first statewide rent-control law, will soon consider House Bill 2001, which would eliminate the category of single-family-home zoning in all cities larger than 10,000 residents, and instead permit structures containing up to four units in all residential zones. Cory Booker’s and Elizabeth Warren’s housing bills include incentives for cities to increase allowable density, and reverse zoning rules that have perpetuated segregation.

Nowhere are these ideas as relevant—or as divisive—as in California, the state with the highest housing costs in the nation and more than 200 bills seeking to address the crisis in its state legislature. The most transformative of these proposals is the More HOMES Act, which would allow small-apartment buildings to be built in all neighborhoods within easy walking distance to frequent public transit in the state’s most populous counties, as well as in “job-rich” areas and places with high-quality public schools, including parts of Silicon Valley. In less populous counties, the bill would legalize four-unit apartment buildings in all residential zones, excepting areas susceptible to flooding and wildfires. “Vulnerable communities,” with mostly low-income residents, would be given until 2025 to develop their own, community-driven growth plans.

Opposition to the bill is fierce. Wealthy neighborhoods and towns like Palo Alto and Beverly Hills decry the loss of “community control” over land use and planning; the mayor of Cupertino joked about building a wall around his city. But it’s just that community control these places currently enjoy that has kept them so exclusive, as they consistently reject new housing but not new jobs. Median home values are more than $3 million in Palo Alto and $2.2 million in formerly middle-class Cupertino, home of Apple’s headquarters.

Wealthy homeowners also argue that upzoning will not help reduce housing prices in the near term. It’s true that it takes years for land-use changes to affect housing affordability (although those long-term affordability improvements could be significant); the More HOMES Act and its peers around the country would not help the housing crisis as quickly as rent control, rental assistance, anti-eviction laws, and expanded public housing. But without zoning and land-use changes, public housing and more affordable market-rate apartments will remain illegal to build in the majority of neighborhoods close to public transit, jobs, good schools, and other amenities—precisely the kind of neighborhoods a compassionate society would want to give more people access to.

Another yawning spatial inequality is the ability to live a low-carbon urban lifestyle, which is increasingly the privilege of residents of expensive cities. People who live in multifamily urban housing have carbon footprints less than half the size of those who live in suburban subdivisions. Across the country, transportation is the biggest source of greenhouse-gas emissions, and in many West Coast cities it dwarfs other sources. The most effective thing any city or state can do to combat climate change—not to mention improve safety and public health—is to get more people to walk, scooter, bike, or take public transportation. And that means more people need to live in the places where these options are available.

At the same time, the three- to five-bedroom houses that dominate most single-family-home neighborhoods have stopped making sense for a growing number of Americans. More people are staying single or childless, the elderly are living longer, and plenty of others simply can’t afford 3,000 square feet. If half of the single-family homes in my neighborhood were converted into triplexes, a lot more young, old, and moderate-income people could live here. It’s the same story for every single-family-home neighborhood: “There are a huge variety of needs in our housing market, and not all of them are met by either a single-family home or a six-story apartment building,” said Lisa Bender, president of the Minneapolis City Council and a major champion of the city’s 2040 plan.

Like health care for all, affordable higher education, and high-speed rail, dense urban and suburban neighborhoods are the norm in virtually every wealthy country—except the US. Yet somehow, those who advocate for the preservation of the status quo of America’s disastrous housing and land-use policy remain welcome in the progressive coalition, and in many places are actually seen as the most progressive voices.

It’s absurd that the wealthiest and most liberal areas—the Marin and Westchester and Montgomery counties, the west sides of San Francisco and Los Angeles and Washington, DC—are among those that have fought hardest against density. Despite their tolerant cultures and compassionate politics, from the outside they look a lot more like gated communities with million-dollar entry fees.

A more equitable, sustainable society cannot be grafted onto a segregated, carbon-intensive landscape. The landscape itself will need to undergo a redistributive, greening process: Poor people will need to move into rich neighborhoods, residents of depressed small towns will need to move to major cities, and McMansions and SUVs will have to be traded for apartments and bus passes. If the liberals who control the most dynamic cities and states really want to change the world for the better, they will have to accept to live differently themselves.