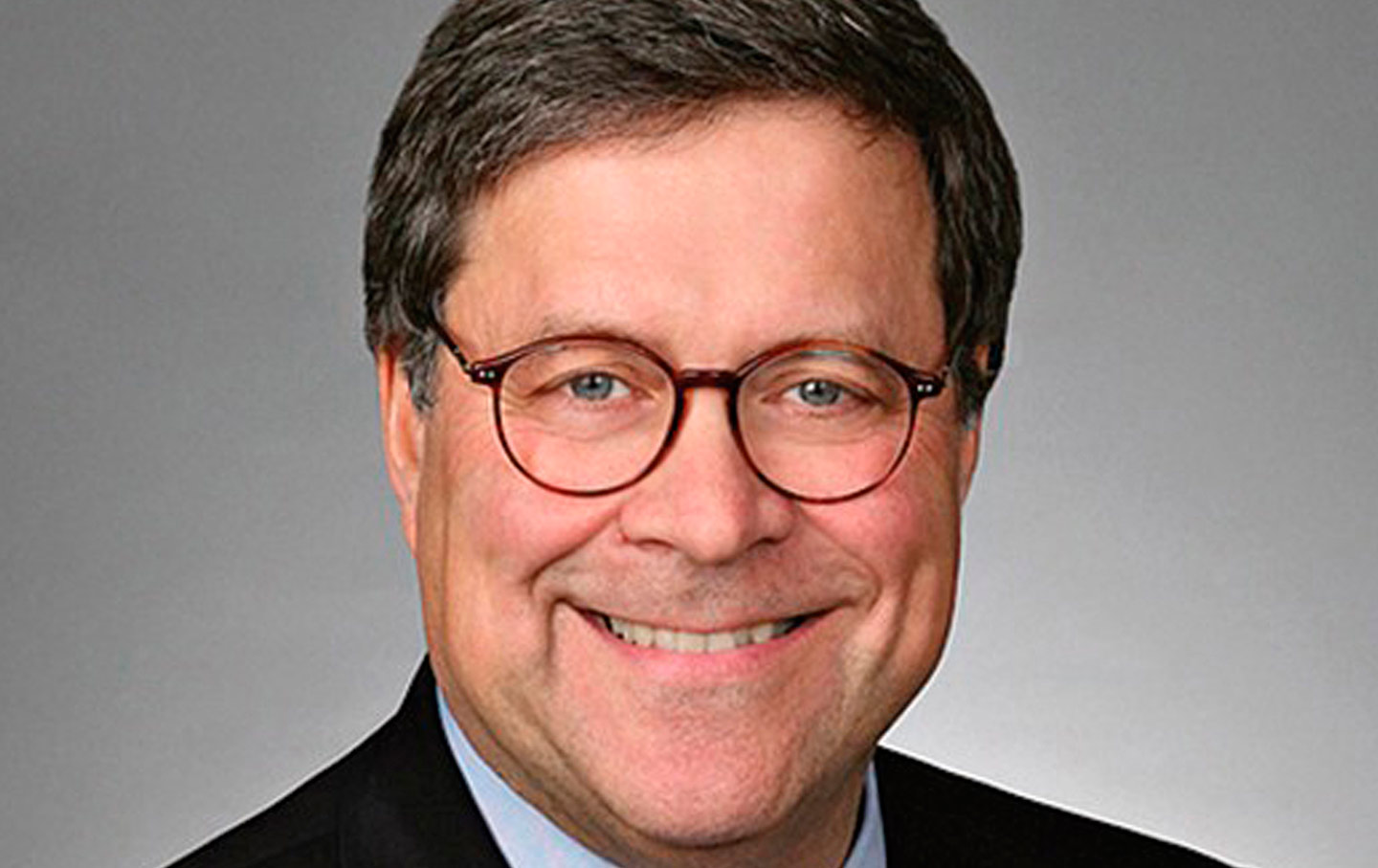 David Cole is national legal director of the ACLU and legal correspondent for The Nation. His most recent book is Engines of Liberty: How Citizen Activists Succeed. This interview has been edited and condensed.

Listen to David Cole on the Start Making Sense podcast.

David Cole: Almost anybody will be an improvement on Matt Whitaker. I’m not sure that argument really addresses the real question: Whether this is the man we want to be the nation’s chief law-enforcement officer for the next two years.

JW: What’s the state of the Justice Department at this point, after almost two years of Trump? 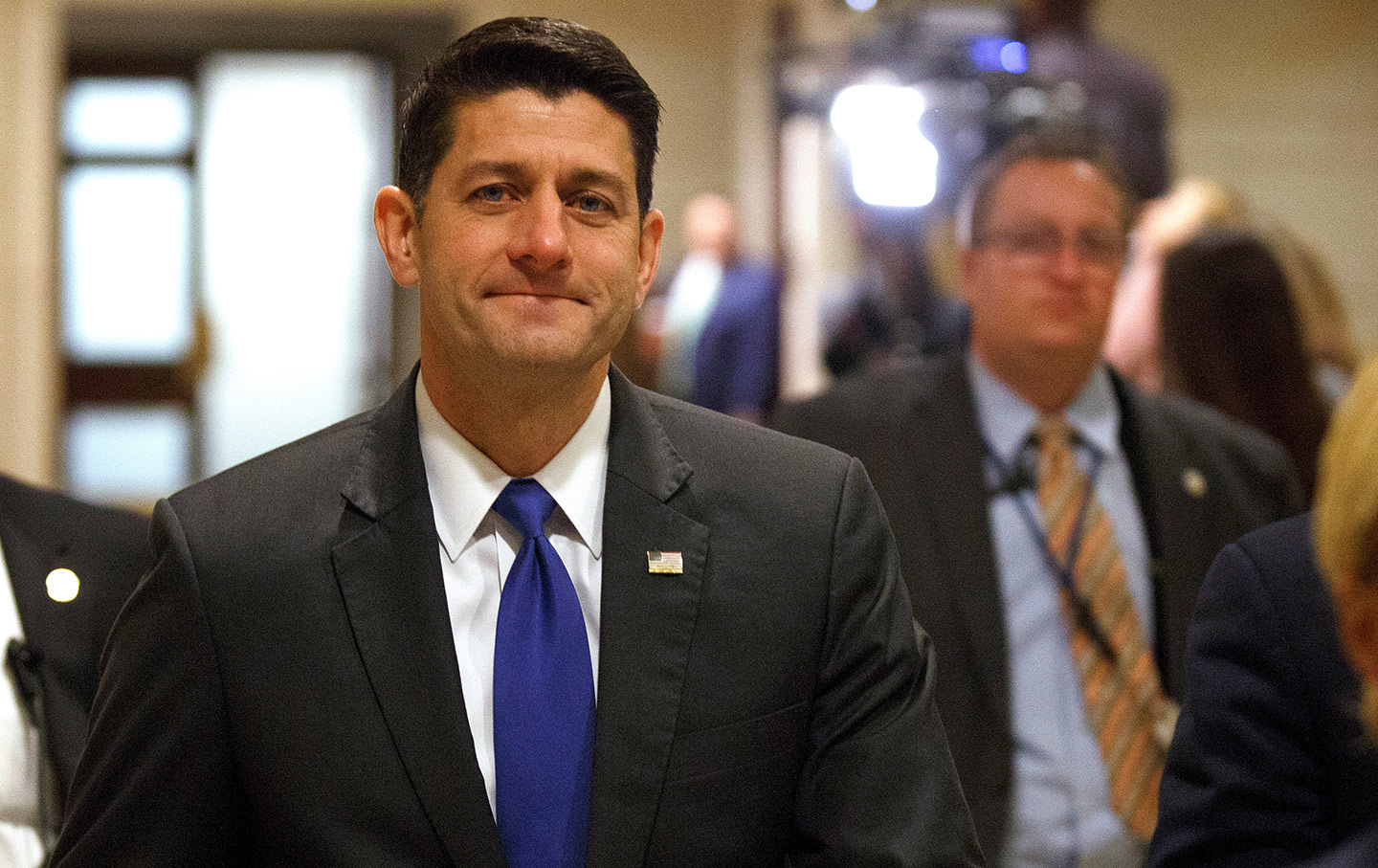 What the Hell Is Wrong With Paul Ryan?

DC: Jeff Sessions essentially turned it into the injustice department. He did everything within his power to renege on one of the Justice Department’s central responsibilities, which is to advance and protect the civil rights of all Americans. He was a vigorous defender of all of Trump’s anti-immigrant policies, from the Muslim ban to family separation. He rescinded policies of the Obama Justice Department that had expanded civil-rights protections to transgender individuals and gay and lesbian folks. He reversed the Justice Department’s positions in several long-standing voting rights cases that challenged voter suppression, and instead came in on the side of voter suppression. He abandoned virtually all of Eric Holder’s reforms of criminal-justice administration that were intended to reduce mass incarceration, to be smart on crime, to exercise prosecutorial discretion in a humane way; instead, he instructed federal prosecutors across the country to charge defendants with the most serious charges available to them, regardless of any mitigating circumstances involving the individuals. So he left the department in very bad shape.

JW: Let’s talk about William Barr’s record—starting with the reason that Trump apparently nominated him: his record on executive power.

DC: What we know is not very encouraging. Bill Barr for decades has been a very strong proponent of the view that the president has to have untrammeled power to remove executive officials without restriction from Congress. That, of course, is exactly what the issue will be if Donald Trump seeks to get rid of Bob Mueller. Mueller right now is appointed pursuant to a set of rules that limit the terms under which he can be removed, but Bill Barr thinks those kinds of limits are unconstitutional. He has a very broad view of the power of the executive, so broad that his views were relied upon by lawyers in the George W. Bush administration to argue that President Bush could order torture of Al Qaeda suspects—when federal law, international law, and the Constitution all forbade it.

JW: Also, when William Barr was attorney general for President George H.W. Bush, he recommended a presidential pardon for the Iran/Contra conspirators. Those pardons prevented a trial and ended investigation of the president’s own role in breaking the law. That points the way for Donald Trump to follow the example of George H.W. Bush by pardoning the people who might testify against him.

DC: Yes. A number of those Iran/Contra pardons were issued before there was even a criminal charge. Caspar Weinberger, Reagan’s secretary of defense, essentially got an advance pardon. So that’s yet another reason that Donald Trump may have found William Barr to be a very appealing choice.

JW: What about those reports that Donald Trump interviewed William Barr to be his personal lawyer in the Mueller investigation?

DC: If those turn out to be true, it may well be that, ironically, Barr would have to recuse himself from the Mueller investigation. Recusing himself was of course the only thing Jeff Sessions did right while he was attorney general, and why, ultimately, Donald Trump fired him. There’s a very strong argument that Barr, having interviewed with Trump to be his personal lawyer, shouldn’t be overseeing the person who is investigating Trump on that very matter.

JW: We’re interested in a lot of issues in addition to executive power. Where does Barr stand on immigrants’ rights?

DC: On a whole range of issues, Barr has essentially been as bad as Jeff Sessions. On immigrants’ rights, he defended the Muslim ban. He said there was no plausible constitutional objection to the first Muslim ban. That ban was struck down by numerous courts, and ultimately, Trump withdrew it and substituted another ban—because his lawyers convinced him it could not be defended in the courts. Yet Barr said there wasn’t even a plausible ground for challenging its legality. He lavishly praised Sessions for targeting “rampant illegality” in immigration, when Sessions had been an aggressive proponent of perhaps the most egregious illegality of all in that sphere—the family-separation policy.

More recently, he opposed net neutrality, one of the most important protections of equal access to the Internet, a critical aspect of free speech in the modern era. And he strongly praised Jeff Sessions for denying civil-rights protections to transgender folks.

On criminal justice, he’s of the old school, just as Jeff Sessions was. That’s the “tough on crime” school that holds there is no penalty harsh enough for criminals and that we should throw the book at everyone who gets caught up in the criminal-justice system without regard to mitigating circumstances, without regard to the fact that we lead the world in per capita incarceration, without regard to the horrific racial disparities that plague that system. In fact, when he was in the Justice Department as AG, he oversaw an effort to write a report called “The Case for More Incarceration,” in which he argued that we don’t have enough people locked up.

JW: Confirmation hearings for William Barr are coming up. Senate minority leader Chuck Schumer told The New York Times that Barr must commit under oath to two important things: first, that the special counsel’s investigation “will proceed unimpeded,” and second, that the special counsel’s final report “will be made available to Congress and the public immediately upon completion.” Are those two things enough, do you think?

DC: Those two things are absolutely critical. The senators need to ensure that William Barr was not hired to obstruct justice. We need to know the facts and we need to make sure that Mueller is able to get the facts. But I would say more than that is required. We should have commitments from William Barr that he will vigorously defend civil rights, and that he will not seek to overturn Roe v. Wade. Seventy percent of Americans recently said they don’t want Roe v. Wade overturned. He should be required to commit to the bipartisan project of reducing mass incarceration. What Chuck Schumer is demanding is important—but not sufficient.