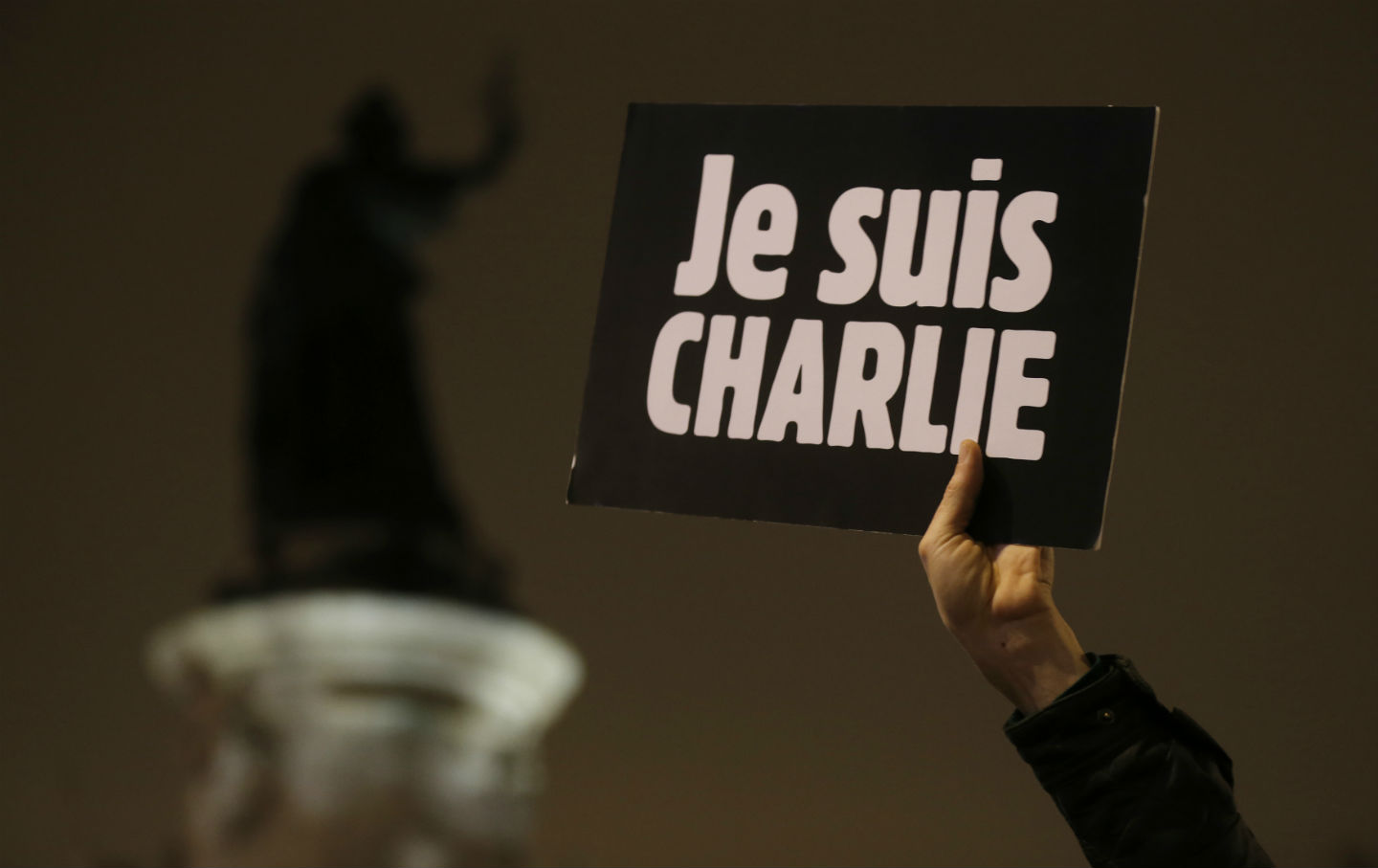 A man holds a placard which reads “I am Charlie” to pay tribute during a gathering at the Place de la Republique in Paris. (Reuters/Christian Hartmann)

A couple of years ago in these pages, I reviewed a film titled After Tiller, made by Martha Shane and Lana Wilson to document the courage of a small band of abortion providers who have continued their work after the murder of their colleague, Dr. George Tiller. I assumed readers of The Nation would not only approve of the film’s viewpoint but understand one of its underlying principles. In a society governed by secular law, we are free to follow our own religious convictions (if any) but may not compel our neighbors to follow them—even when the actions of those neighbors grievously wound our consciences.

This principle, which offers no excuse to Scott Roeder for the murder of George Tiller, ought to apply equally to Saïd and Chérif Kouachi, the murderers of 12 staff members of Charlie Hebdo, and to Amedy Coulibaly, who murdered four supermarket shoppers in a concurrent, related attack simply on the grounds that they were Jewish. Yet some members of The Nation’s community—and, more recently, some writers associated with PEN America Center—seem to believe that the marginalized status of the Kouachi brothers and Coulibaly (Roeder, too, lived as an impecunious outcast) and the offense they felt to their religious beliefs might wash away the blood, just a little, while making the surviving staff of Charlie Hebdo (and the Hyper Cacher market) less brave for carrying on.

Egregious nonsense. It is muddleheaded, and worse, to think of the staff of Charlie Hebdo as if they were the odious political operative Pamela Geller, whose most recent achievement is to have provoked a deadly attack in Texas. Geller, who speaks of the freedom to offend as if it were an obligation where Islam is concerned, has only one goal: to stir up hatred against Muslims. The staff of Charlie Hebdo, proudly and actively anti-racist to the last woman and man, offended selectively and without hate, for the sake of a secularism that the admirers of George Tiller presumably would want to foster.

It is possible to detest Islamophobia and stand with Charlie Hebdo, to demand real equality for the people wasting away in Paris’s banlieues and defend the right of other people to make and enjoy honestly vulgar satire, to recognize the sensibilities of different faith communities but insist without compromise on the honor of the laws that enable us to co-exist. I think this would have been clear to Karl Marx, who knew that the rights people sometimes deride as “merely bourgeois” were won through tenacious battles and are an indispensable base for a better society. To think otherwise is not radical but liberal, in the blandest sense.