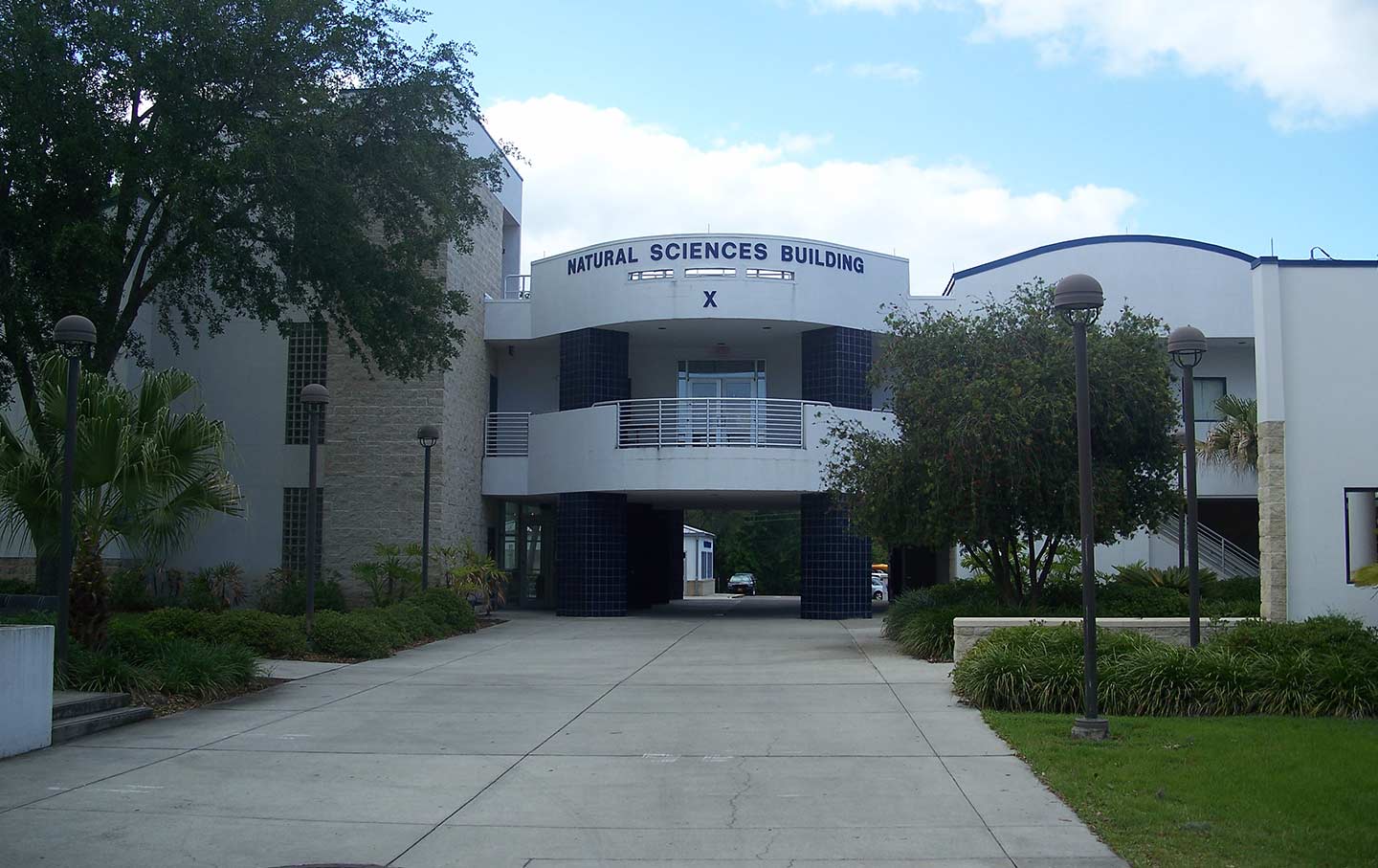 On December 13, thousands of adjunct faculty members at seven different colleges in Florida filed collective-bargaining petitions for union elections that, if successful, would have the Service Employees International Union (SEIU) representing more than half of all adjunct faculty in Florida’s public-college system.

The seven institutions, concentrated mostly in the central part of the state, aim to join more than a half-dozen colleges and universities that have filed for union representation statewide in the past two years under the banner of SEIU’s higher-education initiative, Faculty Forward.

Much like Iowa, where non-tenure-track faculty won a high-pressure campaign earlier this year, Florida may seem an unlikely place for a renaissance in union representation. The state is “right to work,” and its government has been controlled by anti-labor Republicans since the turn of the century. Despite hopes to the contrary, Democrats lost close races for the governor’s mansion and a Senate seat last month. But labor’s resurgence at Florida colleges, says William Herbert, a distinguished lecturer at Hunter College, is not the result of any recent state politics—it’s due to a history of worsening labor conditions in higher education more broadly.

Herbert, the executive director at Hunter’s National Center for the Study of Collective Bargaining in Higher Education and the Professions, said that in the 1970s around 70 percent of teaching faculty were on a tenure track. In recent decades, however, deep cuts to public education have put more than half of teaching faculty at public colleges in the United States firmly on non-tenure-tracks. In Florida, the dynamic is even more acute, with around 70 percent of classes being taught under adjunct conditions.

“There has been dissatisfaction with working conditions for a long time,” said Herbert. Adjuncts, he said, are far less likely to be involved in decisions about course offerings and curriculum design than tenure-track faculty, and “temp” faculty almost universally do not receive sick leave, health insurance, benefits, or even reliable pay.

Within her first few months at St. Petersburg College, Angela Edwards-Luckett, an adjunct professor of world religions, began to feel constrained by the second-class treatment she says her institution gives to adjunct faculty. SPC, a community college in Tampa, limits adjuncts to 30-hour work weeks to avoid giving them full-time benefits. Many teachers seek additional work at other colleges to compensate. But Edwards-Luckett can’t afford a car—her commute to work is already over two hours each way on the bus—making a second adjunct job impossible.

Edwards-Luckett said she started teaching because she wanted to make an impact on young people. “I was drawn to the idea that I could help train people to see the things that are going on in the world,” she said. “Just learning about someone else’s culture and religion can help you become more aware—and I like when my students can see things in a different way.”

She soon found, though, that the administration’s treatment of adjuncts made it hard for her and her colleagues to give their students the attention they deserve.

“To teach any individual class, adjuncts work just as hard as a full-time professor,” she said, “and sometimes even harder because we’re transient employees—we don’t have offices, we don’t have a guaranteed amount of classes, but we carry our office on wheels.” Adjuncts only get paid once a month; Edwards-Luckett has sometimes had to depend on food stamps to feed her husband, who is on disability leave, and her children—especially during college breaks.

Edwards-Luckett says the administration typically tells dissatisfied adjuncts that they should bide their time until a full-time position opens. But when full-time faculty retire, she says, they are often replaced by adjuncts: Some of her colleagues have been teaching part-time with SPC for 15 years without a full-time position ever opening up.

Glynn Hayes, who teaches in the natural sciences at Santa Fe College, a community college in Gainesville that feeds the University of Florida, shares many of Edwards-Luckett’s concerns. In addition to his classes at Santa Fe, he teaches at five other Florida institutions, many of them online. When he averages his total compensation from all the schools where he’s employed over the number of hours he works, he makes just a little more than the state minimum wage.

“They pass it off by saying it’s temporary,” he said, “but 10 years is not temporary. In general, adjuncts are treated as second-class employees. There’s a lot of people who can’t make it work by doing what I do, teaching for so many different schools—but they work just as hard as I do.”

Graduate students and full-time faculty at many colleges in Florida have been unionized for years, Herbert said, but that happened over the course of decades; the SEIU filing, though, showed “an unprecedented degree of coordination and strategy” between different campuses. According to Herbert, part of the reason labor has made recent gains in Florida higher education during a national drop in union representation—the Tampa area, where Edwards-Luckett lives, is now poised to have 63 percent union density among adjuncts, almost double the national average for education workers—is because organizers are not just talking to their own colleagues but also to non-tenure-track faculty at other schools across the state and, as was the case in last week’s filing, offering mutual support for each other’s campaigns.

Neither Hayes nor Edwards-Luckett ever considered themselves activists before they were approached by the SEIU, but the unanimous feeling among their colleagues that things had to change, they said, led them to get involved. After organizing with her colleagues at SPC, Edwards-Luckett said, she started participating in other campaigns: In the months before the filing she traveled the state on a tour bus with adjunct faculty from other schools, leading bullhorn chants at rallies to cancel student-loan debt, pass free-college programs, and raise minimum wages for on-campus workers.

As the national media ponder whether Florida will swing blue in the coming years, Hayes, Edwards-Luckett, and their colleagues are showing that a great deal of progress can still be made in the trenches.

“I’m excited to see where this journey is going to take us,” said Edwards-Luckett. “Hopefully we can get a union at every college in Florida—because we’re educating future leaders, and we should be treated that way in terms of our pay, our benefits, and our respect.”