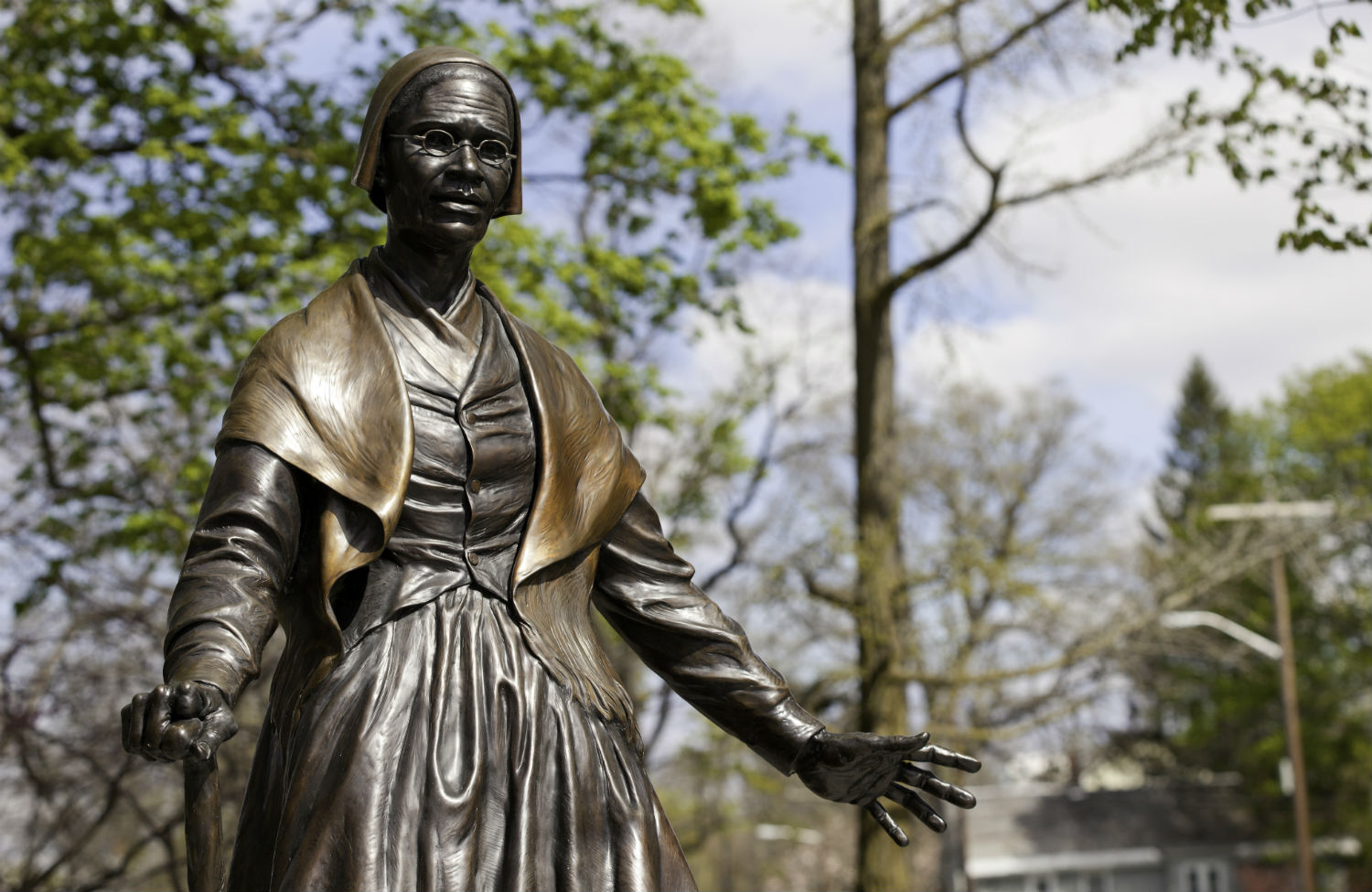 For the past month we have honored, as we do every year, the cornerstones of Black history who have brought us to where we are today. But this year, if the month is to be anything but an elementary school exercise, it’s time we answer some old questions in new ways.

Despite the possibility of two women vying for the president’s office, and summits being held across the nation about women’s economic security and the role of women in the economy and our democracy, the silence around the needs and dreams of Black women is still deafening.

In a challenge to white suffragettes at the Ohio Women’s Convention in 1851, Sojourner Truth, a pioneering opponent of structural racism and patriarchy, gave a famous speech in which she asked, “Ain’t I a woman?” Was self-determination and economic security a right for all women or just some women? A hundred and sixty-four years later, Black women are leading the struggles for equality along lines of race, class, gender and sexuality, but the question remains.

Some officials may have embraced the statement that “Black Lives Matter,” but will their 2016 platforms support white middle-class women who long to be CEOs of Fortune 500 companies and who tell women to “lean in” to balancing work and family life, or will their platforms feature the economic and social issues that reflect the reality of Black women in this country? Will their advocacy for women in the workplace extend to the Black women, both immigrant and US-born, for whom someone else’s home is a workplace?

During her talk, Truth recalled how most of her thirteen children were sold into bondage, how she worked harder than any man because she was forced to, and how, yet, there was no conversation during the suffragette convention focused on women’s rights (including the right to vote) about the inclusion of the rights of Black women.

Indeed, no one knew better than her what it was like to live as a woman without rights in the United States. As a Black woman who was enslaved, Truth had no rights to anything—not to raise a family, to make decisions that affected her life, or to make decisions over her own body. During that time in America, Black women who were enslaved had their children sold to become laborers for white families—and yet were still responsible for nursing white women’s children.

After slavery, the exclusion of Black women continued as Black female labor, especially domestic work, was undervalued even though it formed the backbone of the economy. During the creation of the New Deal, domestic workers and agricultural workers were excluded from many of the basic protections guaranteed in the Fair Labor Standards Act. In negotiating for those protections, Democrats used Black women’s labor as a bargaining chip to appease white-dominated labor unions and Southern lawmakers.

Domestic work and care work was Black women’s work—providing not only for their own families, but also, for white families. Black women’s work allowed white women to conduct other household work and provide other reproductive labor, and would later enable them to break gender barriers as they entered the workforce.

Today, of the more than one million domestic workers in this country alone, 94 percent of those workers are women. Though the demographics of the sector have shifted dramatically, Black women are still providing care in someone else’s home. Nearly 30 percent of direct caregivers are Black women. But who cares for them? Sixty percent of Black domestic workers report spending more than half of their income on rent or mortgage, and one in five experienced having no food in the house within the last month.

Rather than accept these economic and social realities, Black women have organized and led important movements that created pathways towards economic equity. From the Atlanta washerwoman’s strike in 1881 to the National Domestic Workers’ Union of America in the 1960s and 1970s led by Dorothy Bolden, Black women have stood up for economic equity and inclusion. During the Montgomery Bus boycott, Black domestic workers helped to plan the year-long strike and walked daily to their jobs to demonstrate that their voice mattered in the Southern economy.

In each election, Black women are the most likely to vote, and the most likely to vote for progressive initiatives. However, Black women are often excluded from any real strategy to build political power, electorally or otherwise.As we learned so poignantly from Patricia Arquette’s comments recently at the Oscars, even when advocating for equal pay, Black women are excluded from the conversation. More specifically, for Black women to achieve parity with white women is an additional leap of at least 14 cents, to even reach the $0.75 that a white woman makes to every $1.00 a white man makes. Perhaps that’s why we saw the greatest drop-off in voting among Black women in 2012—because after more than 160 years it is possible that Black women have grown tired of being disenfranchised from a broad agenda for economic, social and political change.

Both celebrating Black history and building a women’s agenda today means not only celebrating the legacy of Black women as change makers but nurturing and making visible the experiences and contributions of Black women for the sake of our future.

It was the hard work of Black women at Domestic Workers United in New York that brought us the first-ever Domestic Worker Bill of Rights in this country. It is the dedication of Black women that will win Medicaid expansion in the South, so that thousands finally have access to affordable, quality healthcare. Black mothers and women are leading the fight to end state violence against Black families, creating a better world for us all. And it will be Black women who lead on the most pressing issues facing our society as a whole.

No women’s economic opportunity agenda can be complete without the needs, experiences, and dreams of Black women at the forefront.

We will know that Black lives matter when our labor is valued and when no Black woman has to ask the question Sojourner Truth posed more than a hundred years ago—“Ain’t I a woman too?”