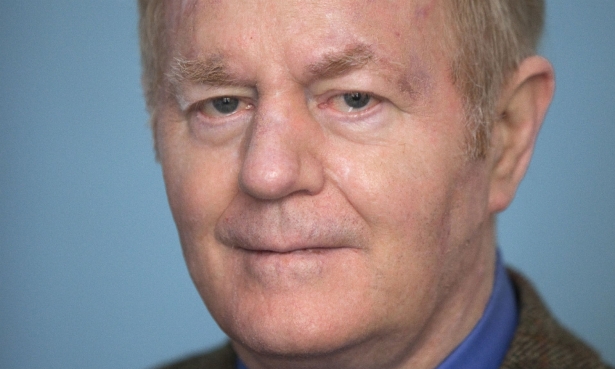 I guess I’ve probably known a nicer, more humble human being than Jonathan Schell. But certainly no one who approached Jonathan’s stature or legacy. I’ve also met a handful of more accomplished writers, but absolutely no one who came close to approaching Jonathan’s humility.

Schell passed away on March 25. Last night, friends, colleagues and admirers gathered in All Souls Unitarian Church in Manhattan to pay tribute to his life and legacy and to affirm our commitment to carry on his work. His death left a tremendous void. There are precious few activist/writers who combine Jonathan’s stylistic skills, his elegant and accessible manner, his acute humanity, his strategic sense, his reverence for history and his amazing, unfailing optimism.

Jonathan’s journalistic credits for The New Yorker in his early years and later as The Nation’s peace and disarmament correspondent are prodigious and singular and have been well chronicled in numerous places, including here by David Remnick and here by Katrina vanden Heuvel. I’m going to talk about the time that I knew him, just a small slice of his remarkable life.

When Jonathan’s monumental bestseller The Fate of the Earth was published in 1981, it was lauded by The New York Times as “an event of profound historical importance” and quickly became the bible of the anti-nuclear movement, American’s most potent progressive force at the time. Seventeen years later, he came back to nuclear abolition with a special issue of The Nation called The Gift of Time, later published in book-form by Metropolitan. At that time, I was working as The Nation’s publicity director.

Jonathan’s unique contribution was to build bridges with the most unlikely allies. In a series of conversations he conducted for the book with generals and defense officials who helped to make nuclear policy during the cold war, Jonathan found surprising common cause with newly converted anti-nuclear advocates like Robert McNamara, General George Lee Butler, a former commander of the Strategic Air Command, and eventually that paragon of radicalism himself, Henry Kissinger. Jonathan used these conversations and conversions to strengthen his impassioned plea for action and The Gift of Time made indisputably clear that nuclear abolitionism was far from a strictly left-wing cause.

As part of The Nation’s campaign to amplify Jonathan’s call, I was tasked with organizing a small speaking tour with stops in New York, Chicago and Los Angeles. The idea was to put Jonathan together publicly with some of those unlikely allies to make the case for nuclear abolition. McNamara and the late Democratic Senator from California, Alan Cranston, both agreed to participate.

Shortly thereafter, I found myself at dinner with this august trio. At first I was uncharacteristically quiet, content to listen in as these elder statesmen talked politics, baseball and—oddly, I remember thinking—gardening. The next opportunity, though, I got up the gumption to tell the extremely disarming McNamara a little about myself. While concerned about what the unfailingly polite Jonathan would think of me hectoring his new ally, I told McNamara that it was a little surreal for me to be organizing a speaking tour for him twenty-five years after my parents used to trot me out to antiwar rallies as a little kid where we denounced him by name. I was unsure how the former secretary of defense would react, and I’ll never forget his rueful smile as he quietly told me that my parents did the right thing. And I’ll always remember Jonathan’s Cheshire-cat grin and vigorous nods of approval following the exchange.

To me, this conversation symbolized what was so special about Jonathan: his unique ability to build bridges which brought together in common cause this lefty child of a red-diaper baby with a core member of LBJ’s war cabinet.