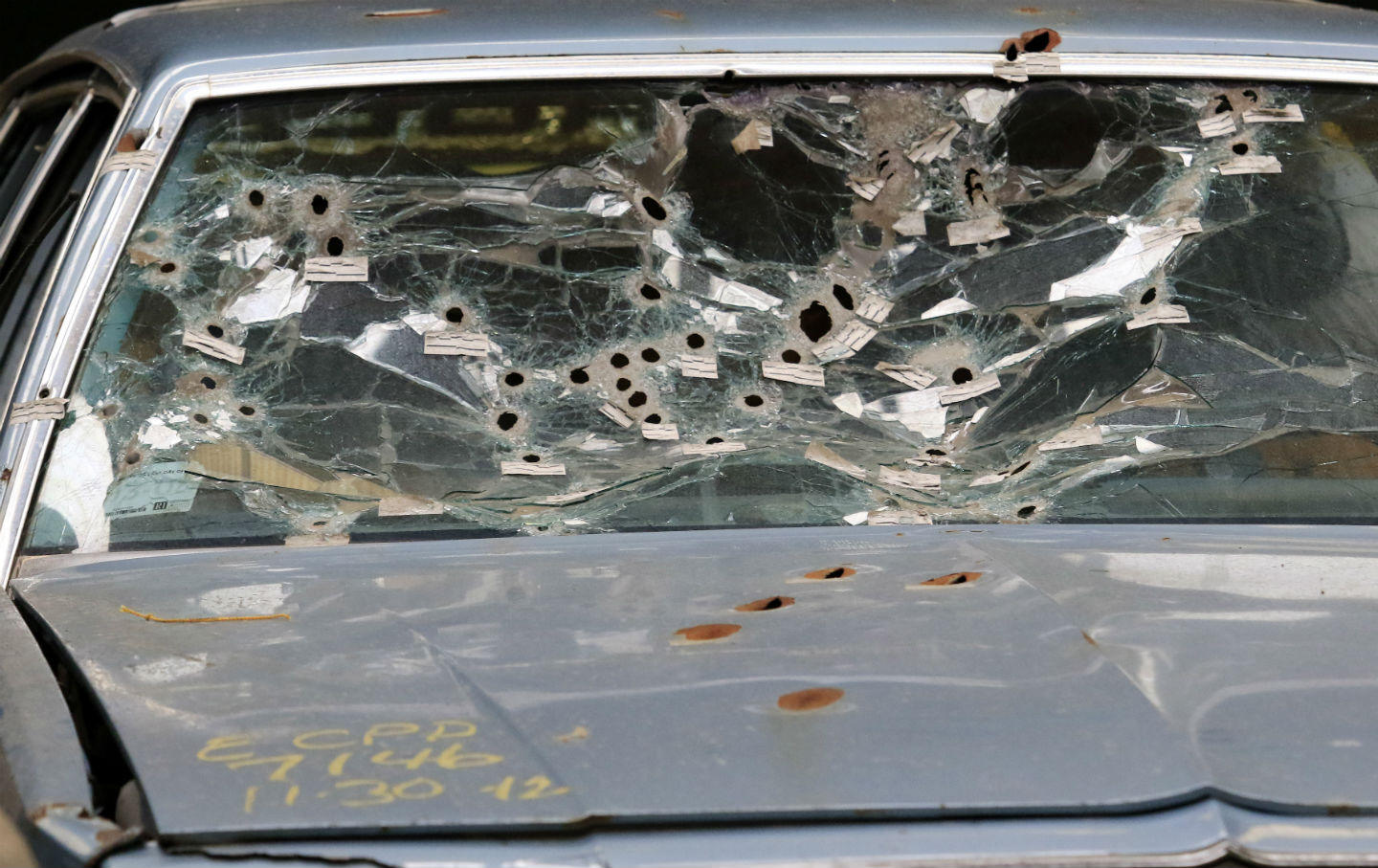 On May 23, Cuyahoga County Judge John O’Donnell exonerated Cleveland policeman Michael Brelo, who had been charged with voluntary manslaughter in the deaths of Timothy Russell and Malissa Williams. The facts of the case, as recounted in the judge’s lengthy opinion, are these: Russell and Williams were driving in a 1979 Malibu when, at about 10:30 on the evening in question, they were stopped by an officer who says that Williams shouted out the window, “What the fuck did we do this time?” In O’Donnell’s less-than-coherent description, the officer then “decided not to pursue the stop, which he initiated after Russell turned left without a signal because he had seen Russell do a possible drug deal a few minutes earlier outside the nearby men’s homeless shelter.” That officer “returned to his duties without telling anybody else of the encounter.”

Moments later, and two miles on, Russell and Williams were driving past a police station when two officers standing outside heard a sound they thought was gunfire and gave chase—a chase that lasted 22 miles, involved speeds exceeding 100 miles per hour, and was joined by 62 police cars and over 100 officers. As expressed in bulletins along the way, the police thought that “two black males” were in the car, that one was “pointing a gun out the back window” and then “possibly loading a weapon.” It’s worth underscoring that all of these assumptions were wrong. No proof of a drug deal was ever produced. The occupants of the car were a man and a woman. The sound that the officers heard was apparently the Malibu backfiring, since both Russell and Williams were unarmed.

The chase finally ended when Russell drove down a dead-end street—or, in Judge O’Donnell’s evocative words, “down a road that, seen from above, looks like the barrel of a gun. Russell raced into that gun barrel….” It’s worth noting that the entire world is often unreasonably gun-shaped to those who spend too much time with weapons. For example, the officers acquitted in the beating of Rodney King—also after a car chase—described his body as being “cocked” like a gun even when he was lying bloodied and broken-boned on the ground. As the police converged on Russell and Williams, they fired 137 shots, 49 of which came from Officer Brelo’s gun. The final 15 were discharged when he leaped on the car’s front hood and shot directly at them through the windshield.

The legal logic that was to come brings to mind a study conducted by law professors Dan Kahan, David Hoffman, and Donald Braman after a black man was run off the road by the police and left paralyzed in 2001; he lost a controversial lawsuit against the department six years later. The researchers, in studying the divided public opinion about who was at fault, concluded: “We attribute these divisions to the psychological disposition of individuals to resolve disputed facts in a manner supportive of their group identities.”

Judge O’Donnell was certain about fault—or, at least, who wasn’t at fault. He wrote that Brelo had acted “out of conformity with police training,” was in a fit of passion or rage incited by his belief that he was in imminent danger, and that he “knowingly” fired shots that indisputably could have killed either Russell or Williams. But O’Donnell went on to say that there were so many officers firing that it was impossible to show that the deaths “were caused by Brelo’s bullets specifically.”

In coming to this conclusion, Judge O’Donnell invoked an analogy first posited by Justice Antonin Scalia in the 2014 case Burrage v. United States: “Consider a baseball game in which the visiting team’s leadoff batter hits a home run in the top of the first inning. If the visiting team goes on to win by a score of 1 to 0, [everyone] would agree that the victory resulted from the home run. By contrast, it makes little sense to say that an event resulted from…some earlier action if the action merely played a nonessential contributing role in producing the event. If the visiting team wound up winning 5 to 2 rather than 1 to 0, one would be surprised to read in the sports page that the victory resulted from the leadoff batter’s early, non-dispositive home run.”

In reading O’Donnell’s comparison of Brelo’s deadly volley to a “non-dispositive home run” in a sporting event, I wondered how universally applicable this might be. When rival biker gangs in Waco, Texas, fired hundreds of rounds at each other, leaving nine dead, 18 hospitalized, and 170 arrested, are we to anticipate the perpetrators’ mass exoneration because it’s just too hard to figure out who fired the bullets that actually killed someone? (The defendants in that case have already been charged with conspiracy under laws governing organized crime, and a massive forensic investigation is under way so that murder charges may be brought.) Judge O’Donnell put it this way: “Nor is it realistic to think that my conclusion will incentivize a group of police officers to fire as many bullets from as many officers as possible at a suspect in the hopes of obscuring the ultimate cause of the suspect’s death. The events of November 29, 2012 are sui generis and not likely to recur.”

I hope so. But there are plenty of people who believe that Russell and Williams “had it coming,” that they “needed killing,” according to some online pundits. There are others who believe that they committed “cop-assisted suicide,” and that the police were not the responsible agents of their death. And, of course, there are those who believe that the cops’ error-riddled perceptions of Russell and Williams were not the result of overreaction or poor training, but rather a sensible response to the existential-future-threat-imagined-as-immediate-possibility that life on “the mean streets” presents generally. As philosopher Brian Massumi says of the operative logic of such an existential threat: “Because the threat’s futurity is firmly held in the present, it short-circuits its own effect. It self-deters. This does not mean it ceases to operate as a cause. It means that its causality is displaced. It is no longer in a position to realize its original effect, annihilation.