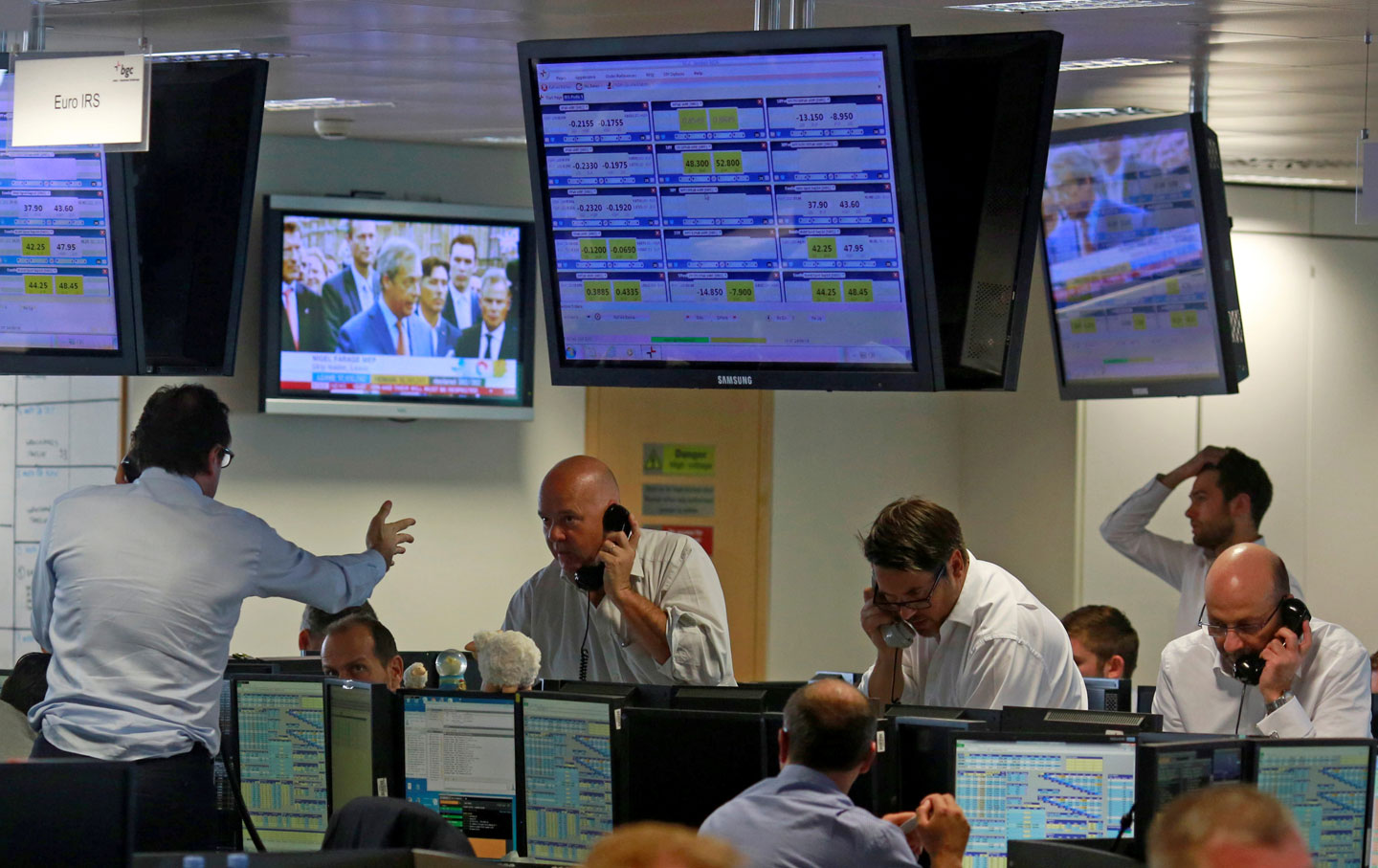 Many observers bemoan the Brexit vote yesterday, as does this writer. But we don’t hear adequate analyses of just what the explicit risks are. Let me summarize most of them.

This article is a co-publication of The Nation and the Century Foundation.

It’s by no means impossible to mitigate these risks. The only reason the EU should sharply punish Britain is if it helps it frighten other nations into “remaining.” Moreover, if Britain does not want to abide by the open immigration regulations of the EU, it should not be rewarded. On the other hand, the EU should begin the process as soon as possible of rewriting trade and services agreements that are, if not as liberal as they were under the EU, then at least favorable enough to avoid sharp recession. A harsh British recession would also spread to the EU, its ministers should realize.

The Bank of England and the European Central Bank should open the spigots now to be sure there is enough liquidity to avoid a financial meltdown.

This should mark the end of the age of fiscal and monetary austerity. But it probably will not. Austerity economics is the root cause of slow growth in the EU, high unemployment, and growing discontent in Europe with the great idea the EU once was. Britain is growing again, but that growth has been delayed by the irrational and punishing policies of the Cameron government. The working class across Europe has taken it on the chin. These policies have to be rethought.

The one medicine that can relieve all pressures is significant, job-creating economic growth. This too applies to the United States. I saw Alan Greenspan interviewed on television this morning, again claiming US debt is the nation’s major problem, caused by entitlements. He is relentlessly supply-side, and allows no constructive influence of faster growth on sluggish productivity. The head-in-the-sand austerity advocates like Greenspan still get credibility, however wrong they have been. The CNBC analysts praised him lavishly, despite his abysmal record. In fact, growth is the best antidote to the current anti-EU austerity poison.