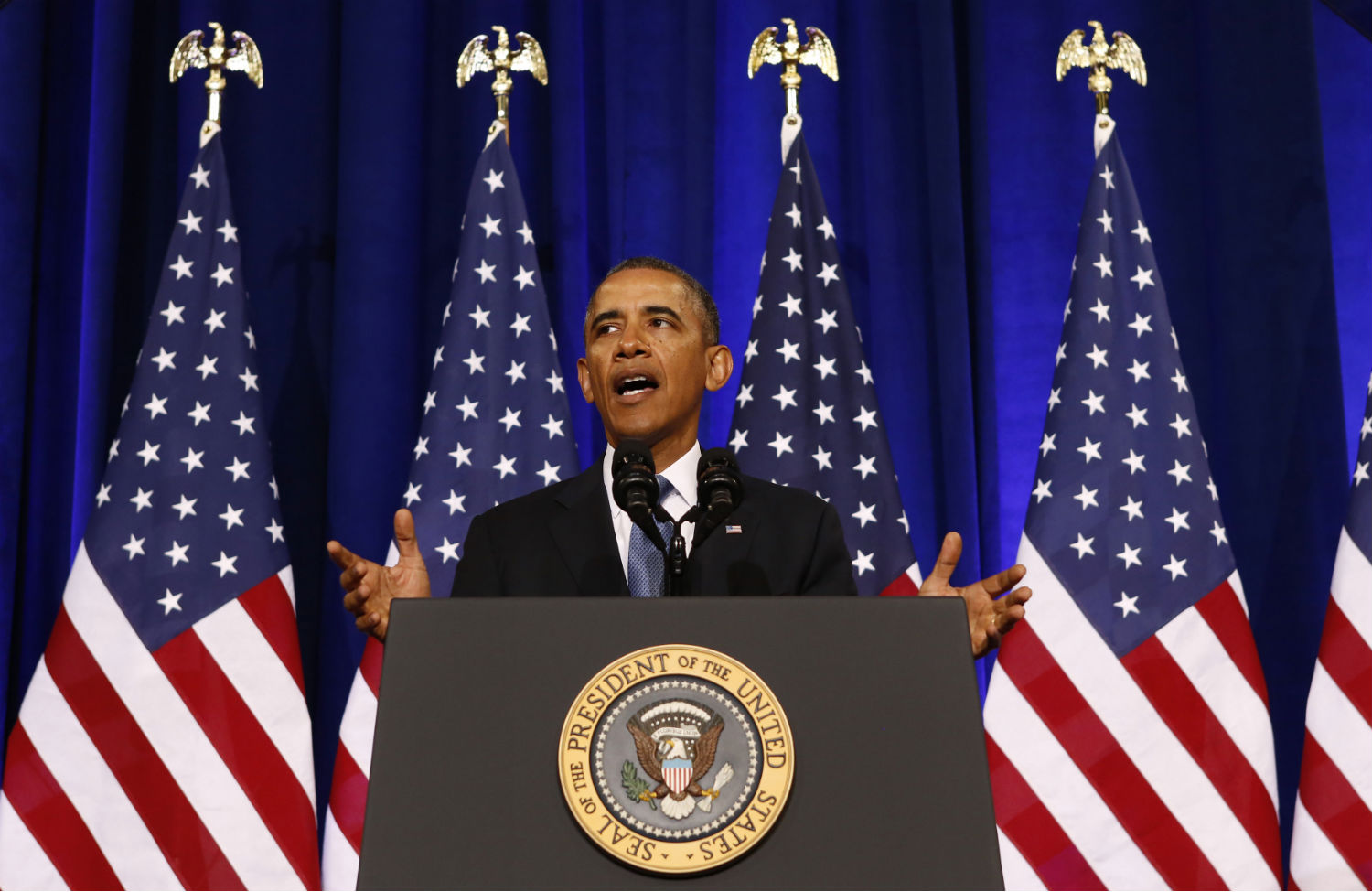 Barack Obama’s speech Friday on surveillance was his worst performance, not as a matter of theatrical skill, though he clearly did not embrace his lines, but in its stark betrayal of his oft-proclaimed respect for constitutional safeguards and civil liberty.

His unbridled defense of the surveillance state opened the door to the new McCarthyism of Mike Rogers and Dianne Feinstein, the leaders of the House and Senate intelligence committees, who on Sunday talk shows were branding Edward Snowden as a possible Russian spy.

Instead of crediting Snowden for forcing what the president concedes is a much-needed debate, Obama bizarrely cited the example of Paul Revere and the other early American rebels in the Sons of Liberty to denounce their modern equivalent. But the “secret surveillance committee” Obama referenced that Revere and his fellow underground conspirators established was intended to subvert rather than celebrate the crimes of the British-controlled government in power.

Somewhere in law school, Obama must have learned that the whole point of our Bill of Rights, inspired by American revolutionaries like Sam Adams, a Sons of Liberty co-conspirator, was to curtail government power as the main threat to freedom. Thus was Adams’s insistence on the Bill of Rights, including the Fourth Amendment, banning the warrantless searches that Obama now seeks to justify.

Obama had certainly acted as if he understood that when as a senator he railed against the surveillance power of the government. But now that he occupies the imperial presidency, dissenters like Snowden are the enemy to be hounded.

While modern town crier Snowden is judged guilty of a crime without trial, the folks in the NSA who have been spying on us are all depicted as honorable people to be presumed innocent, no matter evidence to the contrary. That includes James Clapper, the president’s appointed director of national intelligence who blatantly perjured himself in testimony to Congress.

When asked in March by Democrat Ron Wyden of Oregon, who serves on the Senate Intelligence Committee, whether the NSA collects “any type of data at all on millions or hundreds of millions of Americans,” Clapper lied and said, “No sir.” Then he added, “Not wittingly.”

Wyden, like Feinstein and others on the committee, knew instantly that Clapper had perjured himself, that the spying was quite witting, but he felt duty-bound not to let the public in on it. Wyden has the grace to thank the Snowden revelations for initiating a public debate, while Feinstein has from the beginning condemned the whistle-blower as a traitor.

It is a debate that Feinstein wants us to have in the dark, and she was critical of the very limited reforms that the president offered, sounding the national security alarm: “New bombs are being devised, new terrorists are emerging, new groups. Actually a new level of viciousness. And I think we need to be prepared. I think we need to do it in a way that respects people’s privacy rights.”

Well, she got that last part correct, but privacy rights were never a concern of hers until Snowden came along, and even now she resists the president’s very limited moves in the direction of increased transparency.

Some will read my criticism of Obama and Feinstein and say trust these good liberal Democrats, who would never condone misusing government power to undermine individual freedom. It is a rationalization difficult to accept on a day when we celebrate the memory of Martin Luther King Jr., a man blackmailed with information collected by the FBI and the NSA when Democrat Lyndon Johnson was president.

“In the 1960s, the government spied on civil rights leaders and the critics of the Vietnam War,” Obama noted in his speech, before quickly abandoning that caution and falling back on the lame “trust us” refrain of every overreaching government.

The FBI’s intrusive surveillance of MLK, constantly bugging his hotel rooms, was designed to smear him as a Communist and a philanderer to end his career as a civil rights leader, and, as is quite clear from the blackmail letters planted by the FBI, even drive him to suicide. But it wasn’t until last year that we learned that the NSA’s “Minaret” program under the direction of President Johnson had spied on the communications of King, fellow civil rights leader Whitney Young, boxer Muhammad Ali, and journalists Tom Wicker of The New York Times and Art Buchwald of The Washington Post.

The NSA even spied on Idaho Democratic Senator Frank Church, who in 1975 had led the Senate investigation into the government’s illegal counterintelligence program, and his Republican counterpart from Tennessee, Howard Baker, who could never figure out how he got caught in the NSA’s dragnet. Someday Obama and Feinstein might be asking themselves that question.

Back in 1975, Church warned: “The [National Security Agency’s] capability at any time could be turned around on the American people, and no American would have any privacy left, such is the capability to monitor everything: telephone conversations, telegrams, it doesn’t matter. There would be no place to hide. [If a dictator ever took over, the NSA] could enable it to impose total tyranny, and there would be no way to fight back.”

That was before the Internet and supercomputers, biometrics and all the devilish means of data mining that can convert even one’s turned-off cellphone into an instrument of surveillance. We continue to ignore Church’s warning at our peril.