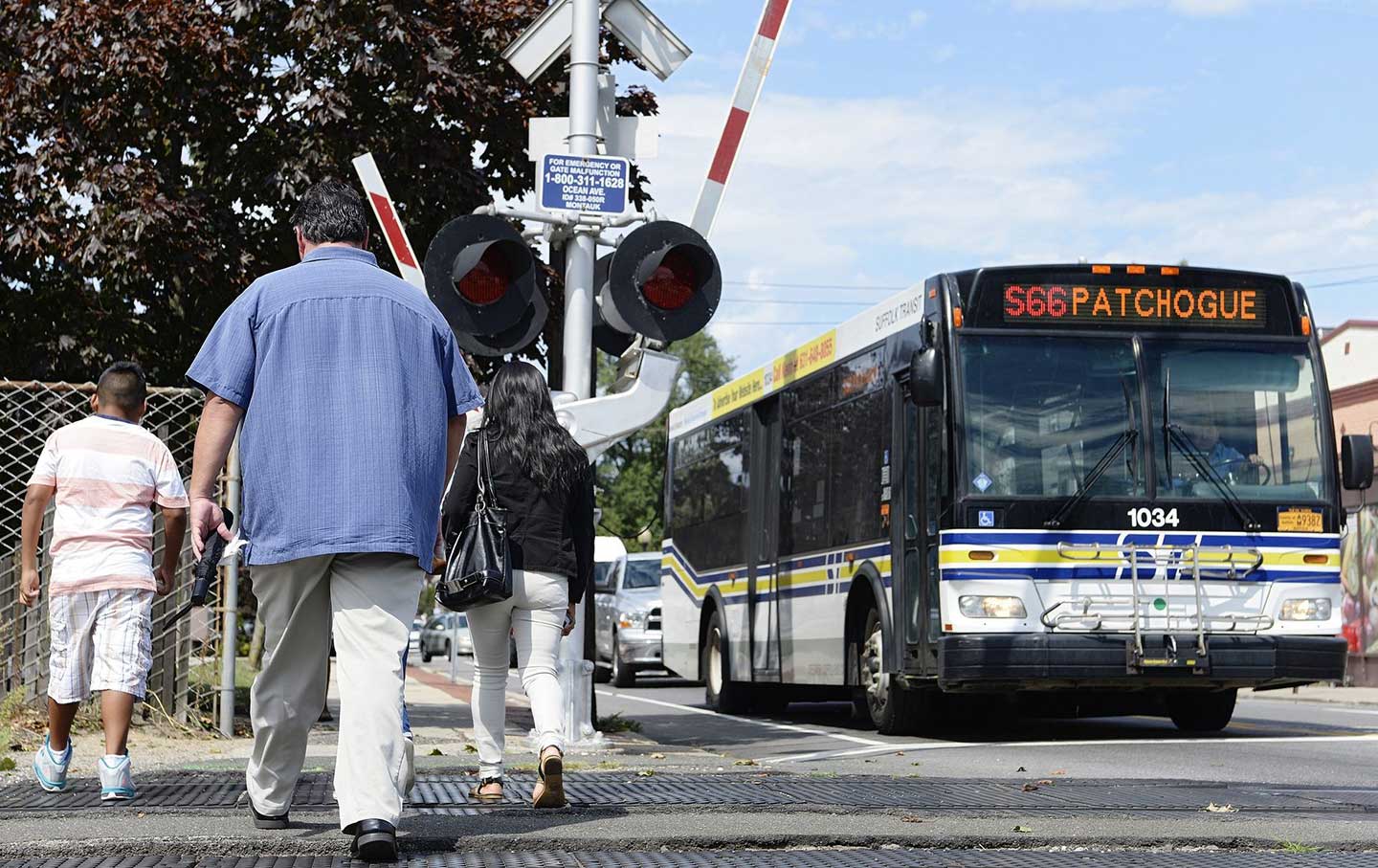 A bus in the suburban village of Patchogue on Long Island, New York, the scene of an anti-immigrant hate crime. (Richard Yeh / WNYC)

Tom McCarthy, a retired NYPD detective and lifelong Long Island resident, has spent much of his adult life straddling two very different worlds. Each day he would leave the calm of his suburban community to patrol the notorious Queensbridge housing projects. This was in 1989, at the height of the crack epidemic, and what Tom saw in New York’s public housing felt worlds away from his suburban Eden.

But now, the line that once separated Tom’s home from his work feels like it’s dissipating. It’s exemplified by leafy Suffolk County leading all of New York state in heroin overdose deaths last year.

What’s brought about this change in the suburbs? For many, the problems seem to be coming from the outside, in the form of lawlessness sneaking over our southern border. Donald Trump has repeatedly bemoaned the crime and drugs that he says undocumented Mexican immigrants are bringing into the United States. He has said he’ll deport this population and send them to “the back of the line.”

But of all the controversial things the Republican nominee has said, the idea of making undocumented immigrants begin their immigration back at square one is actually quite mainstream. In fact, it’s been advocated by both Presidents George W. Bush and Barack Obama. The idea projects order and a sense of fairness. There’s only one problem, according to Celinda Lake, a Democratic strategist who helped to workshop “the back of the line” phrase in the early 2000s: The immigration line doesn’t exist, leaving the country’s immigration process a hopeless hall of mirrors for people trying to do the right thing and enter the country legally.