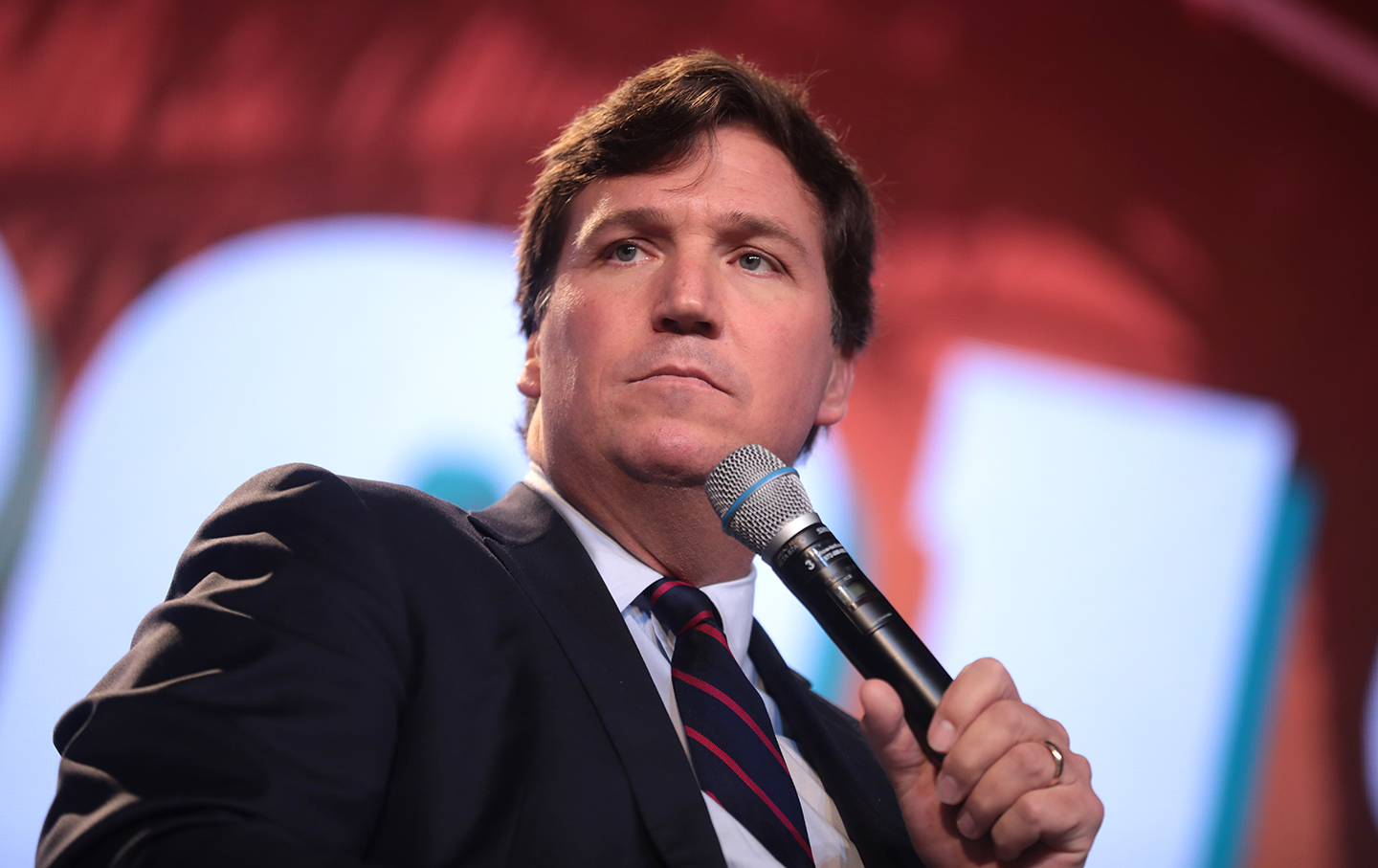 Media Matters unearthed some appalling radio footage of Fox host Tucker Carlson liberally calling women the C-word, railing against those he finds ugly, smearing us generally as “extremely primitive,” and, most disgusting, essentially defending child rape. A close second on the disgusting scale is when the radio host talks about female friends of Carlson’s daughter, then 14, experimenting sexually with one another, and he replies, “If it weren’t my daughter I would love that scenario.” Carlson, who termed his comments “naughty” in a statement released by Fox, has refused to apologize.

None of this should be shocking to any sentient being: Carlson is a sexist pig, who has lately become the white-nationalist defender of fragile white men. But it is particularly not shocking to me—because, nine years ago, Carlson called me the C-word to a Salon intern, multiple times, and told the young man I needed to get “fucked.” I remember it because of the firestorm it caused in our small office.

The intern, Ethan Sherwood Strauss, remembers it too, telling Washington Post media reporter Erik Wemple that he’d called to ask Carlson to do an opinion piece about President Obama (I don’t remember that detail, and, assuming it’s true, I apologize for our news judgment), when, out of nowhere, Carlson began calling me the C-word and sharing his views on my sex life. Strauss, understandably, was shocked, and told his supervisor what happened. (Coincidentally, Strauss recently told the story himself on his Syncing Up podcast, in episode one, “A Faded Internet.”)

A hubbub ensued, and they brought the issue to me. A small group of us debated whether to write about it. It was appalling, but was it newsworthy? Maybe; Carlson had moved to Fox News the year before. One problem was that Strauss didn’t tape the call, and when he called him back to confirm, Carlson denied it. His supervisor called too—she recently shared with me an e-mail she sent to a friend that afternoon. “I talked to Tucker Carlson on the phone for a half hour about how he called Joan a ‘c****’ during a conversation w/one of our interns and is now pretending like he didn’t.”

Ultimately, we didn’t publish anything, for a variety of reasons. I didn’t think it was fair to Strauss, then just starting his career (he’s become a respected sports journalist), essentially pitting his word against Carlson’s. Even though we had at least a half dozen witnesses in our small office, who heard his uncomfortable side of the conversation, as well as his story when he hung up the phone. But there was a secondary reason I think is worth mentioning now, though it embarrasses me to do so. That’s the problem: The whole thing embarrassed me at the time, and it’s worth unpacking, if we want to understand what women workplace leaders are up against.

For one thing, I remember what Carlson said slightly differently, which doesn’t mean Strauss is wrong. I recall him asking what it was like to work for a… well, let’s just say the word, since he did. A “cunt.” I found what he said undermining to me, as the boss—even though my staff was supportive and horrified. Like, is this what sexist men say to other men, if the other man is “stuck” working for a woman? And there I was, stuck making the ultimate call on whether it was newsworthy that a Fox News host called me a “cunt.” This was exactly what I dreamed about as a young newswoman! Exactly what my staff wanted to spend part of its day debating.

My conscious mind wrapped all of that up and took it to the trash, of course, but when I look back, if I’m honest, that was my subterranean emotional reaction.

The other appalling fact is that, on another level, it wasn’t that newsworthy. The year before, disgraced Fox host Bill O’Reilly told me I had “blood on my hands” and spewed other personal invective, because I had defended the murdered abortion provider Dr. George Tiller (whom O’Reilly slandered as “Tiller the baby killer” for years). A few months before that, former GOP House majority leader Dick Armey told me he was “so damn glad you can never be my wife because I surely wouldn’t have to listen to that prattle from you every day” during a routine MSNBC debate about the economy. Another day, another threatened right-wing man insulting a liberal woman in the coarsest personal terms.

The crude personal insults say more, much more, about these men than they do about me. But if any young woman out there is wondering if she’s alone in feeling a sting when a sexist slur comes her way in the public square, I’m here to say, “No, that’s normal.” You don’t have to pretend it doesn’t hurt. You get over it, of course, and go on with your life. I’m still employed in television, and O’Reilly is not. I can’t tell you what Dick Armey is doing with his time without Googling, and life is too short for that. Tucker Carlson is a sad, scared little man, who recently terminated an interview and cursed out his guest when he was challenged. Even O’Reilly was man enough to run our contentious debate in full.

But now that Carlson’s reflexive use of the C-word is in the news, I think the old story is newsworthy. It’s been newsworthy before: I knew that he was lying when he trashed Samantha Bee for calling Ivanka Trump the C-word. “That one word that [Bee] used. I don’t know any man who uses that word because it is kind of the one word that is actually degrading.” Fox doesn’t care that he’s a misogynist, but will the network care that he’s a liar?

I’m glad this is coming out as some mainstream reporters are questioning the Democratic National Committee’s decision not to let Fox host a debate. I’ve been disappointed in media friends who’ve depicted that as some failure of courage on the Democrats’ part—a default narrative for many in the media, of course—rather than a principled stance. The Washington Post’s Margaret Sullivan got it exactly right here.

I’d like to think Carlson will face some career repercussions for his odious radio slurs. Publicly sharing a sexual joke about his own daughter with a radio host should make him particularly radioactive. Sadly, it makes him GOP presidential material instead.