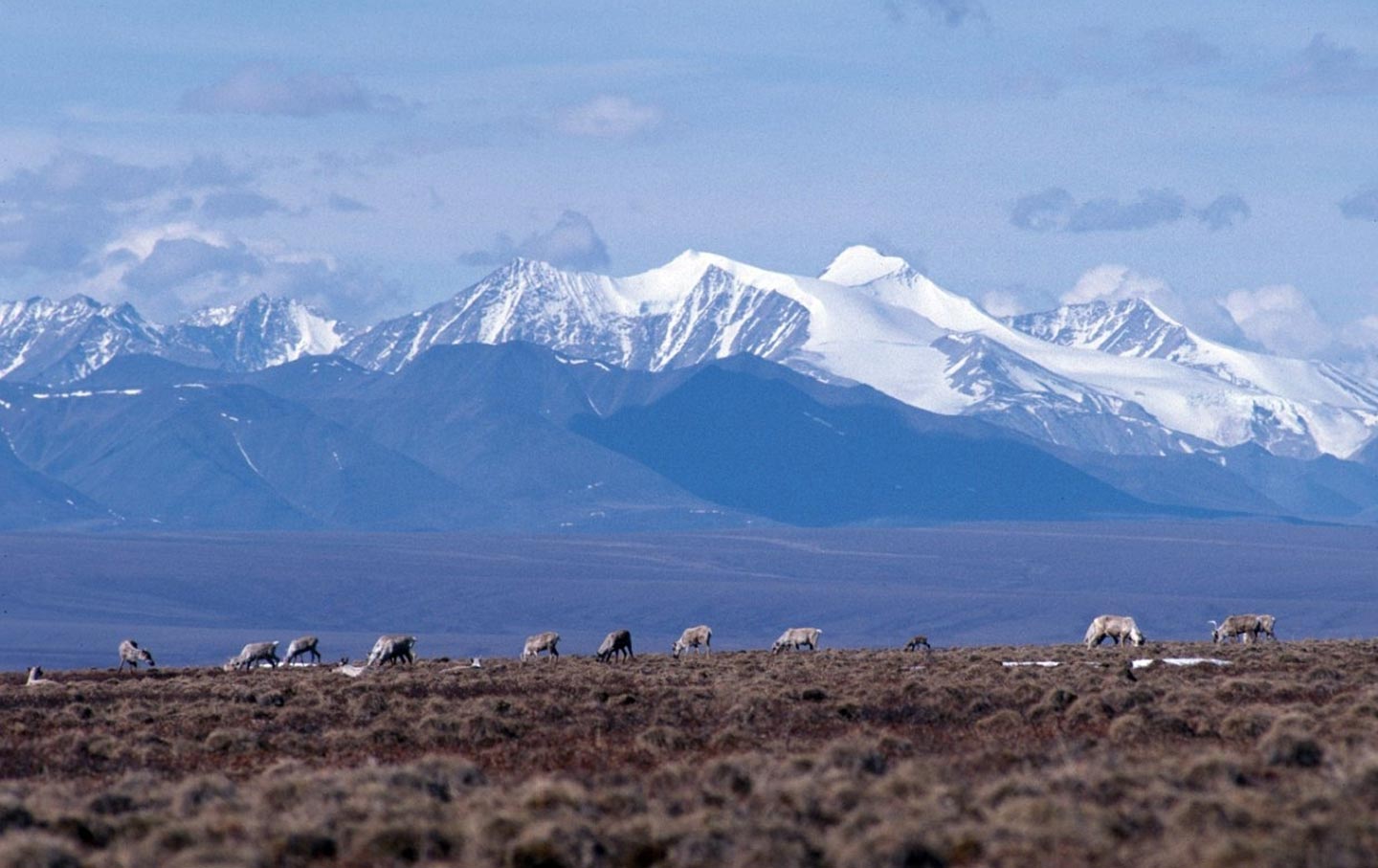 Caribou graze on the coastal plain of the Arctic National Wildlife Refuge. (US Fish and Wildlife Service / CC BY 2.0)

When you think about America’s wildlife refuges, a lush rolling mountain range or untrammeled wetland preserve might come to mind—not a field clouded with industrial weedkillers. There’s a good reason for that: A few years ago, the Obama administration barred two controversial forms of biotechnology on designated wildlife preserves, neonicotinoid pesticides and genetically modified crops, to help the Fish and Wildlife Service (FWS) better uphold its public mandate of conservation and wildlife protection. But the Trump administration is seeking to make the country’s wilderness safe for agrichemicals again.

In a terse memorandum, seemingly unprompted, the FWS quietly rescinded a hard-won Obama-era legal agreement, which imposed a blanket ban on the pesticides and genetically modified crops on the agricultural lands currently hosted in national wildlife refuges. The Obama-era measure was implemented after a campaign by public employees, scientists, and environmental groups, based on the principle that, for the minuscule amount of commercial farming that intersects with refuge land, curbing the human footprint on these preserves will help wildlife flourish.

Now the original advocates of the ban are stunned at Trump’s unilateral repeal. According to Senior Counsel Peter Jenkins of Public Employees for Environmental Responsibility (PEER), an organization representing government whistle-blowers, “It seems like their main motivation is to undo any good pro-environmental progress that was made under the Obama administration and to serve the bare basest interests of industry.”

The Trump administration’s new plans for agrichemicals allows the use of pesticides and GMOs on farmlands located in the habitats of individual wildlife refuges across the United States. This could open the door to wide application of two high-risk biotechnologies. One is genetically modified crops, which have expanded the monopoly power of seed giants like Monsanto across the agricultural supply chain and have often come with increased use of the company’s controversial Roundup glyphosate herbicides. Additionally, the agreement allows refuge-based farms to use neonicotinoids, a class of pesticides associated with the disruption of ecosystems and damage to critical bee populations. Activists say that the chemicals the Trump administration is quietly promoting on conservation areas are known for posing environmental and public-health risks and would upend the fundamental mission of wildlife refuges. 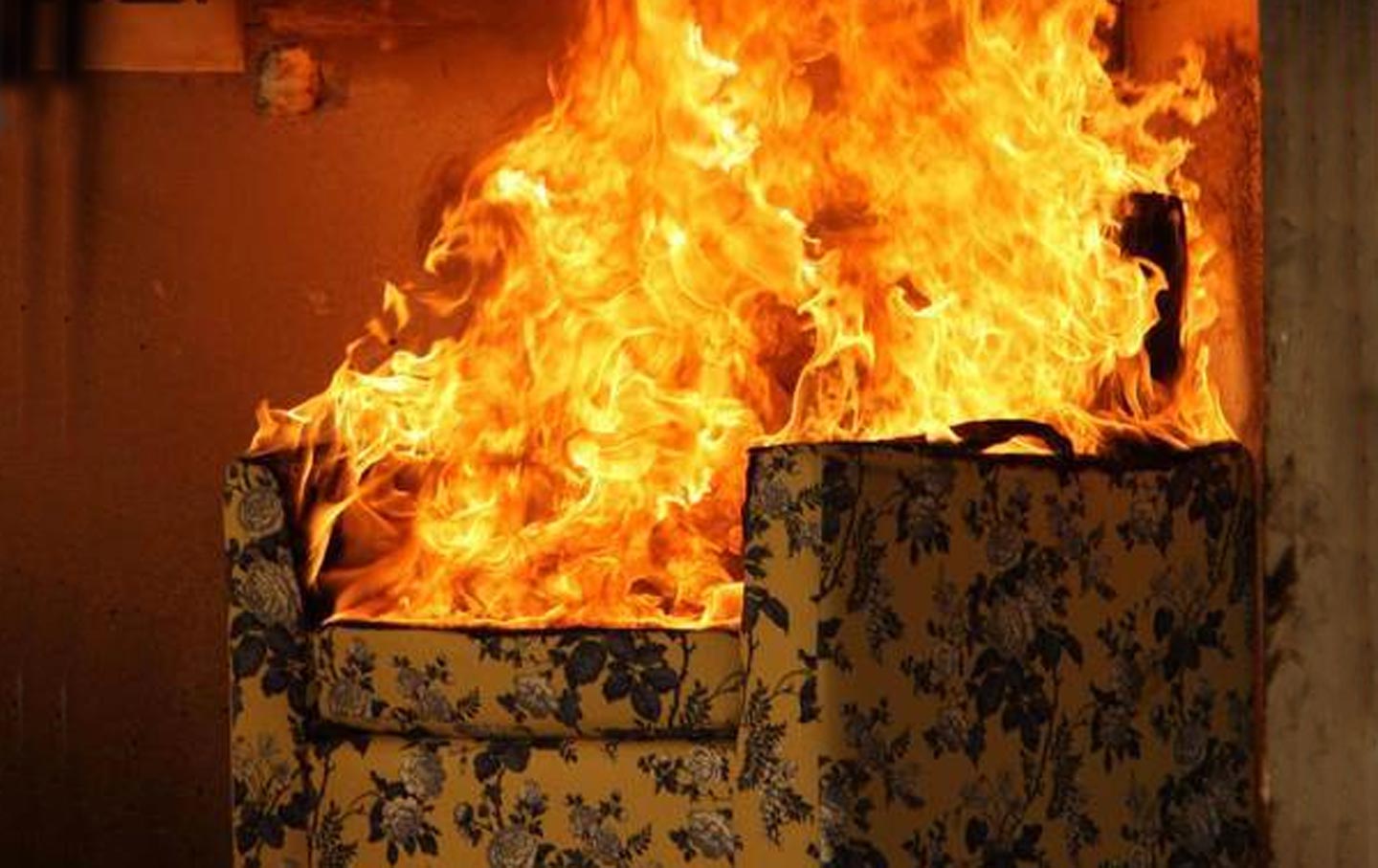 The original ban, secured with the Obama administration through years of litigation in 2014, addressed basic aspects of the FWS’s mission: to turn as much refuge land “from a primarily agricultural use to restored, native habit,” to help limit overall carbon emissions, and to shield animal and plant life from potentially hazardous agricultural technologies and chemicals. The aim was to help shield refuges from the widespread trend across US industrial farmlands of heavy, and often under-regulated commercial use of harmful pesticides and genetically modified crops like corn and soy.

Some might be surprised to know that a wildlife refuge would host any crops at all. But the FWS has long permitted mixed use of designated parcels of refuge land, often through local cooperative-farming arrangements. The Trump administration’s rationale in deregulating this tiny swath of the farming system is basically just a symbolic handout to farming biotechnology corporations, which presumably bridled at the ban because it publicly acknowledged the environmental risks their products posed to wildlife. FWS Deputy Director Gregory Sheehan’s memo argued that engineered seeds, herbicides, and pesticides can make refuge-based farmland more productive and promote flexible management of farming “joint ventures.” But when environmental advocates originally pushed for the ban, they presented ample empirical research showing that, while GMO-related herbicides carried significant threats to wildlife, there was little evidence that GMO technology or neonicotinoids significantly boost farm yields.

The main “contribution” of Monsanto’s so-called Roundup-Ready GMO crops, according to the environmental advocates’ 2014 petition, has been to make its herbicide’s active ingredient glyphosate “the most heavily used chemical pesticide in history, with an astounding 180 to 185 million pounds applied in just one year in U.S. agriculture,” which has drastically expanded the scale of pesticide use, the risk of cross-contamination of crops, and the “proliferation of ‘superweeds.’” Monsanto’s glyphosate products have also been the target of a landmark legal case involving cancer from workplace exposures to weedkiller. The expanding presence of herbicides for these crops are linked to damage to pollinator insects and “bee die-off.” Additionally, extensive studies of monarch-butterfly populations have revealed that by damaging milkweed plants, GMO crops and pesticides could indirectly “destroy, modify, and curtail the habitat relied upon by the signature pollinator.”

PEER’s Jenkins recalled that the original litigation process with the Obama-era FWS as a fairly cooperative, “low-key battle between our group and the Department of the Interior, just to get them to straight out their practices. And they did recognize us.”

Trump’s FWS, on the other hand, has brazenly moved to accommodate agribusiness. Although the memorandum does not mandate the use of GMO crops or neonicotinoids, it does remove a nationwide guideline and allow the piecemeal deployment of the products on a potentially wide array of preserved habitats: from the bald eagle nests of Illinois’s Crab Orchard, where farming is barred on 90 percent of the land, to the alligator abodes of Panther Swamp, which is dotted with cooperative-farm fields that are carefully regulated.

But the Roundup-Ready seeds and pesticide haze that now looms over refuges is one of many the ecological hazards Trump is raining across federal lands. At the Environmental Protection Agency and Department of the Interior, PEER accuses the White House of systematically appointing business-friendly executives to carry out an anti-regulatory agenda with virtually no public accountability, particularly in areas of environmental management and research. The frontline casualties of this war on regulation, in addition to the environment, are those civil servants who have historically acted as the institutional backbone of core agencies. When their ranks are stripped, moreover, the government also loses potential whistle-blowers, because staff have often been the first to speak out against corruption and incompetence in the public workforce.

The Environmental Protection Agency has faced similar controversies under Trump. Under former EPA Chief Scott Pruitt, the administration reportedly eviscerated the ranks of its scientific personnel, weakened the staff’s ability to enforce regulations, and generally undermined the agency’s basic mission of environmental research and protection.

Now it seems that in addition to defending wildlife, public employees need to defend the integrity of their professions: With the environmental bottom line and corporate bottom line clashing in key ecosystems, the public servants who must answer to both the public and to nature see no room for corporations in the nation’s most fragile habitats.