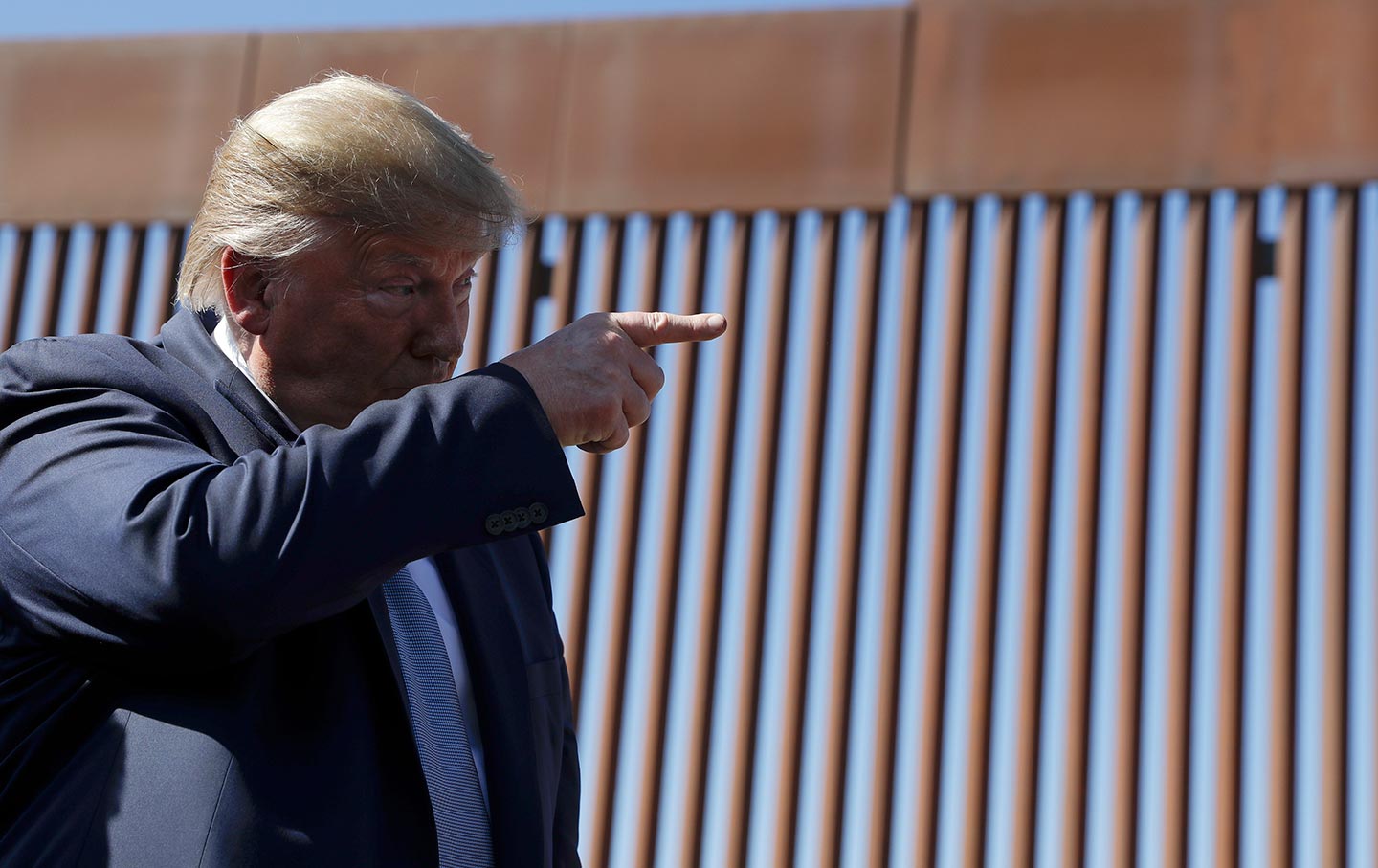 On October 4, the Bureau of Land Management announced that it was ending a five-year moratorium on the selling of oil and gas drilling leases on public lands on California’s Central Coast. The bureau will soon be seeking bids for drilling on 725,000 acres of land across 11 of California’s most beautiful counties.

This is just the latest in a series of extraordinary efforts by the Trump administration to slap down California, the front line of states’ resistance to Trumpism, and to use federal powers to dilute the state’s environmental protections, arguably its proudest political achievement of recent decades.

Donald Trump has been stewing about the Golden State ever since it voted overwhelmingly for Hillary Clinton in 2016, helping ensure that he lost the popular vote nationwide by more than 3 million votes. And he has sought payback against its political representatives and its population centers ever since the leader of the state Senate and the speaker of the state Assembly issued an extraordinary joint announcement the day after that election condemning Trumpism. As the Los Angeles Times recently documented, Trump has, on a near-daily basis, tweeted insults about the state’s politics, its culture, its politicians, even its misfortune with forest fires.

Early in his presidency, Trump and his congressional allies fashioned a tax “reform” that went out of its way to financially penalize middle-class Californians by limiting the extent to which property and state taxes could be deducted on federal tax returns. The result was that while most Americans, especially those in red states, saw some short-term financial benefits—skewed heavily toward the well-off—home-owning Californians in expensive parts of the state saw their federal tax burden significantly increase. The state’s Franchise Tax Board has estimated that 1 million California households ended up paying an additional $12 billion as a result. 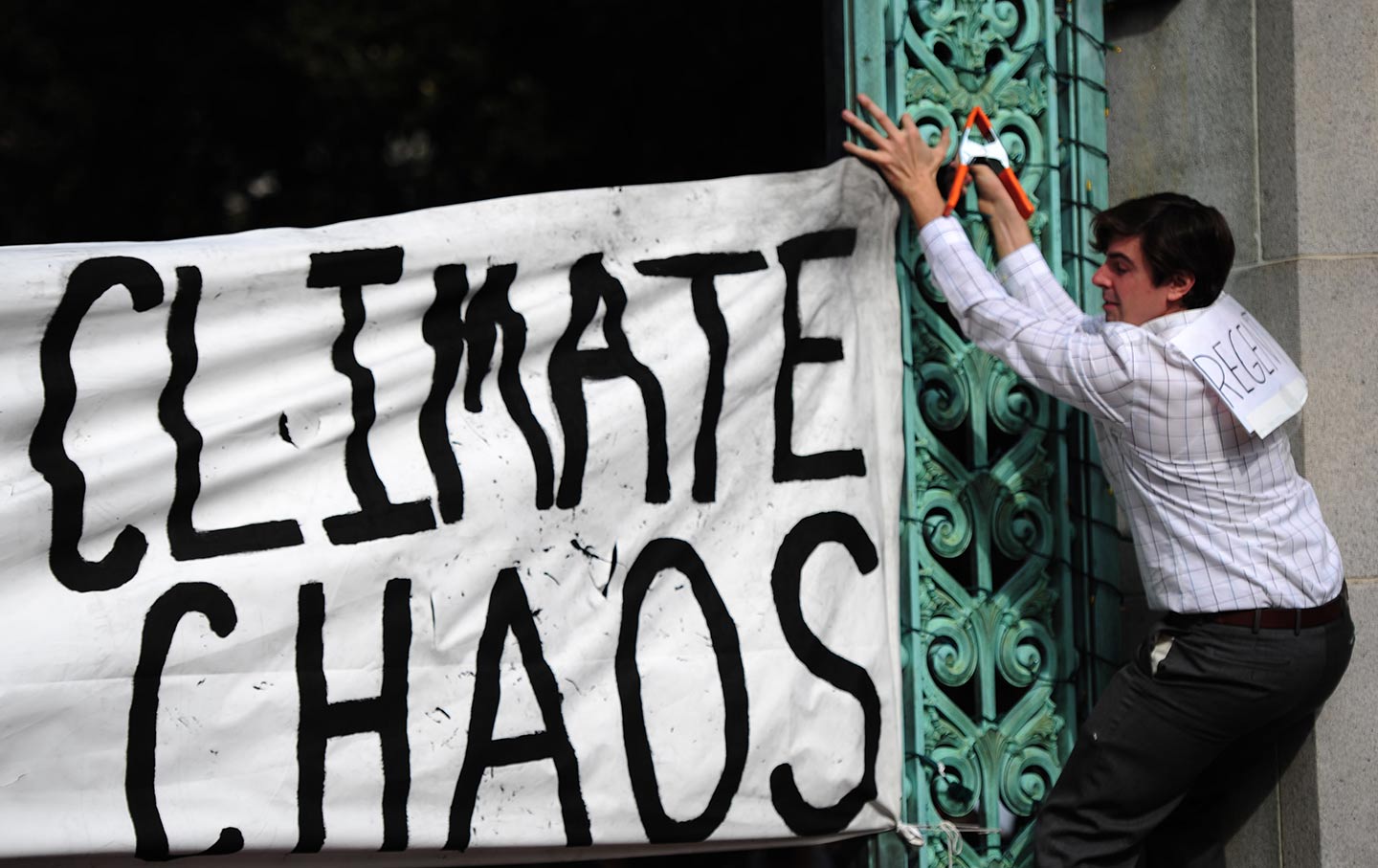 The University of California Finally Has Divested From Fossil Fuels

Since then, as California Attorney General Xavier Becerra has filed one lawsuit after another against Trump’s administration—the state has sued it more than 60 times—the president has locked in a strategy of financially punitive responses and has weaponized the Environmental Protection Agency and other agencies in an effort to undermine signature California policies.

In September the administration announced it was ending a nearly 50-year-old waiver to the Clean Air Act that gave California, the country’s largest single market for auto sales, the ability to set more stringent vehicle pollution and fuel efficiency standards than do the feds—an alternative environmental model around which other states could coalesce. The result will be far dirtier air in California and far fewer fuel-efficient cars on American roads.

Absurdly, soon after trying to kill California’s clean air standards, the EPA, which over the past three years has become a clearinghouse for big polluters, followed up by threatening to withhold billions of federal highway dollars from California because of its poor air quality.

Adding insult to injury, Trump’s EPA has been busy rolling back prohibitions on a range of particularly harmful pesticides, an end run around the efforts of California, New York, and other states to better regulate these deadly chemicals.

Trump’s war on California doesn’t stop there. The president journeyed to the state in late September and spent much of his time bashing California for its homeless population. Yes, the problem has reached catastrophic proportions—but Trump used the crisis only to posture. He didn’t go offering money to build houses or fund social services to tackle mental illness, drug addiction, or the lack of opportunities faced by ex-prisoners. Instead, he declared that skid rows in Los Angeles, San Francisco, and elsewhere were nuisances and urged extraordinarily coercive, illegal responses, such as rounding up the homeless wholesale and forcibly detaining them in federal facilities.

While he rants about California’s homelessness crisis, Trump has been trying to neuter the Affordable Care Act and roll back SNAP, the food stamp program. If implemented, both of these attacks on the social safety net would disproportionately hit California, which has been particularly effective in recent years in using expansions in federal benefits to deliver services more effectively to its most vulnerable residents. If, at Trump’s urging, the courts rule the ACA unconstitutional, California would lose billions of federal dollars overnight, and many of the state’s most vulnerable residents would be pushed further into destitution.

In a recent letter to California Governor Gavin Newsom, Trump’s EPA administrator claimed that San Francisco’s toleration of homelessness was contributing to water pollution, citing reports of streets filled with needles, human feces, and other toxic waste. While it’s true that homeless encampments have been linked to unhealthy levels of E. coli in some rivers, it’s also the case that California is among just a handful of states that have enacted legislation guaranteeing access to safe drinking water as a human right. Given this, there is more than a whiff of hypocrisy to the EPA’s threat to sanction California.

None of this is the ordinary back-and-forth that routinely occurs between the states and the federal government. This is mob-style politics, the politics of the strong arm and the iron fist, of blackmail and protection rackets. No matter where we live, we all have a dog in this fight. For if California is forced to bend to Trump’s will, the country as a whole will pay the long-term costs.