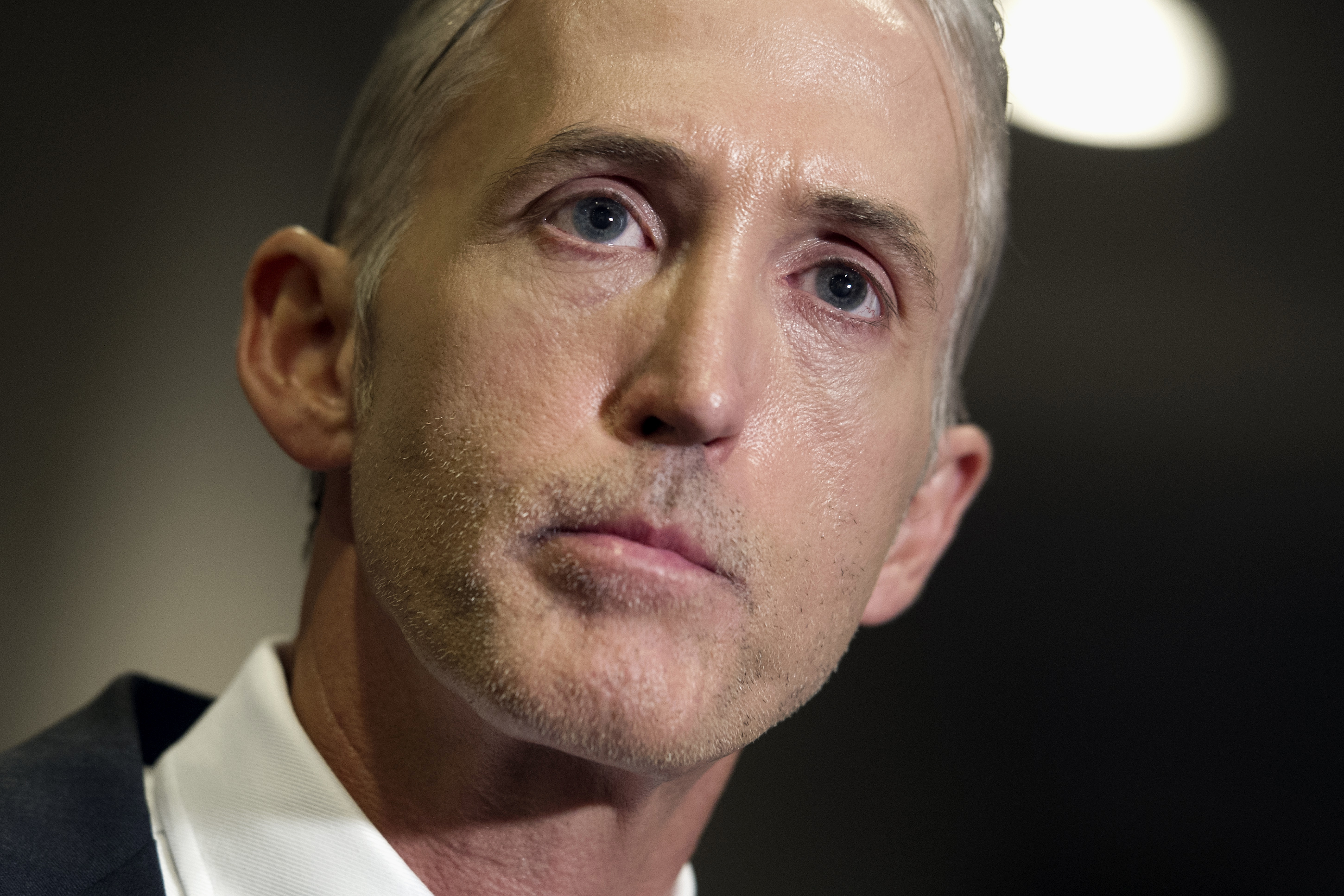 Trey Gowdy, the head of the select House committee on Benghazi, spent 11 hours last week tearing into Hillary Clinton over her handling of the 2012 attack on a US consulate in Libya that left Ambassador Chris Stevens and three other Americans dead. For many viewers, Gowdy’s adversarial style was proof that his committee is more concerned with partisan theatrics than with investigating the causes of the attack and the security breaches that may have enabled it. Gowdy learned this aggressive brand of questioning as a South Carolina prosecutor—a credential he cited during last week’s hearing. During his time as a district attorney—or “Circuit Solicitor” in South Carolina parlance—Gowdy became known as an effective litigator who was particularly savvy at winning death-penalty cases. When he was chosen to lead the Benghazi committee in May of 2014, a Fox News headline touted Gowdy as a “tenacious former death-row prosecutor.”

Yet Gowdy’s capital cases have not always panned out.

Last year, a South Carolina judge named Gary Hill took the highly unusual step of unilaterally reversing the death sentence of a man named Fredrick Evins, whom Gowdy had put on death row. Evins’s appeals attorneys, it turned out, had uncovered evidence that Evins suffers from a serious intellectual disability. In 2002, the Supreme Court held that executing a person with mental retardation violated the Eighth Amendment’s prohibition of cruel and unusual punishment.

To be sure, the blame for Evins’s wrongful death sentence falls mostly with his original defense attorneys. According to several people familiar with the case, one of them has since admitted to failing to adequately represent Evins in his trial for the 2003 rape and murder of a South Carolina woman. But according to Hank Ehlies, the lead attorney on the team that won Evins’s sentence reduction and who studied events in the original trial, Gowdy too played a role.

At Evins’s original trial, an expert witness surprised the courtroom by asserting that Evins might be intellectually deficient. Gowdy, according to Ehlies intervened to effectively prevent the question of intellectual disability from interfering with his capital case. After the judge expressed concern over the new information, Ehlies says, Gowdy asked the judge to allow the prosecution to bring in an expert witness to attest to Evins’s mental fitness for the death penalty. The judge consented and the expert, says Ehlies, was a psychiatrist “known to be very favorable to the state.”

The state psychiatrist testified that Evins did not meet the state’s definition of intellectually disabled, recalls Jeffrey Bloom, a Columbia-based attorney who served as co-counsel with Ehlies and who also studied the original trial. Evins’s defense team then surrendered, says Bloom, telling the judge they would not introduce any further evidence regarding their client’s mental disability. (The defense team’s psychiatrist also reportedly agreed with the state’s finding.) The prosecution then asked the judge to make a determination that Evins was mentally fit for the death penalty, Bloom says, “and that was it.”

Bloom says that a prosecutor can choose two paths when confronted with such newly surfaced information. “He can say, ‘Oh golly this should have come out months ago, we’re going to stop now,’ or the prosecutor can push on, which is what was done here.” (Bloom later emailed to clarify that he has “no criticism to make of Solicitor Gowdy as to how he handled the trial proceeding when potential evidence of mental retardation/intellectual disability arose.”)

“It was very, very frustrating for me to see that” in the trial transcript, Ehlies told me. He says it took him “years of fighting to sort something out that should have always been plain.”

Yet, despite his exasperation over Gowdy’s move, Ehlies, who has known Gowdy for more than two decades, expresses almost unbridled admiration of the former prosecutor. “He’s very competent. He’s an astute observer. He does well with the public, and he’s a worthy adversary, and I might add, honorable,” said Ehlies, who identifies politically as an independent. Bloom also said he has “an extremely healthy respect for [Gowdy’s] ability” and that “he was probably one of the best prosecutors” he had encountered during his career.

“The facts of the case met the statutory eligibility for the death penalty,” Amanda Duvall, a spokesperson for Gowdy, said in an e-mail. “[Evins’s] mental health was never raised as an issue before or during trial despite ample opportunity to do so. In fact, even when the witness claimed he might be intellectually deficient, the defense attorneys still did not argue he was intellectually disabled.”

Ehlies told me that when he approached Gowdy with the information he had uncovered regarding Evins’s mental disability, “Trey was very receptive. He was open-minded. He was objective. He looked at the case and asked a bunch of questions.” Although Gowdy was still district attorney when this meeting took place, he was not allowed to directly handle the appeal, which fell under the authority of the state attorney general’s office.

Ehlies saves his harshest words about Evins’s original defense team and the state’s attorney general’s office, which fought Ehlies for years to keep Evins on death row. Ehlies asserts that the attorney general’s office was “unconscious on their feet” in attempting to argue that Evins was eligible for the death sentence and says that the likelihood of Evins having “a compromised mental state” was apparent during their first meeting. Referring to Evins’s original trail lawyers, who were appointed by the court, Ehlies says that “there was an absolute bar of ineligibility staring them in the face, and they missed it completely, and he was sentenced to death.”

Evins was no doubt a dangerous criminal. While he was on death row for the murder of a store clerk named Rhonda Ward Goodwin, DNA evidence reportedly linked him to the 2002 murder of another woman named Damaris Huff as well as the rape of an 83-year-old woman. As a condition of Evins’ resentencing to life in prison, he pled guilty to all three crimes. Gowdy’s successor, Barry Barnett, accepted the deal, despite his assertions that he personally wished Evins could be executed.

In response to a list of questions regarding the Evins case, Gowdy’s spokesperson defended Gowdy’s record of discretion in pursuing capital cases.

“Out of close to 100 capital eligible cases Mr. Gowdy had while district attorney, he noticed very few for the death penalty,” Duvall said in an e-mail. Duvall noted that Gowdy was not involved in Evins’s post-conviction relief process and indicated that the former prosecutor does not necessarily oppose the overturning of Evins’s sentence. “If evidence was produced that Mr. Evins met the statutory definition of intellectually disabled, then yes it was the proper decision.”