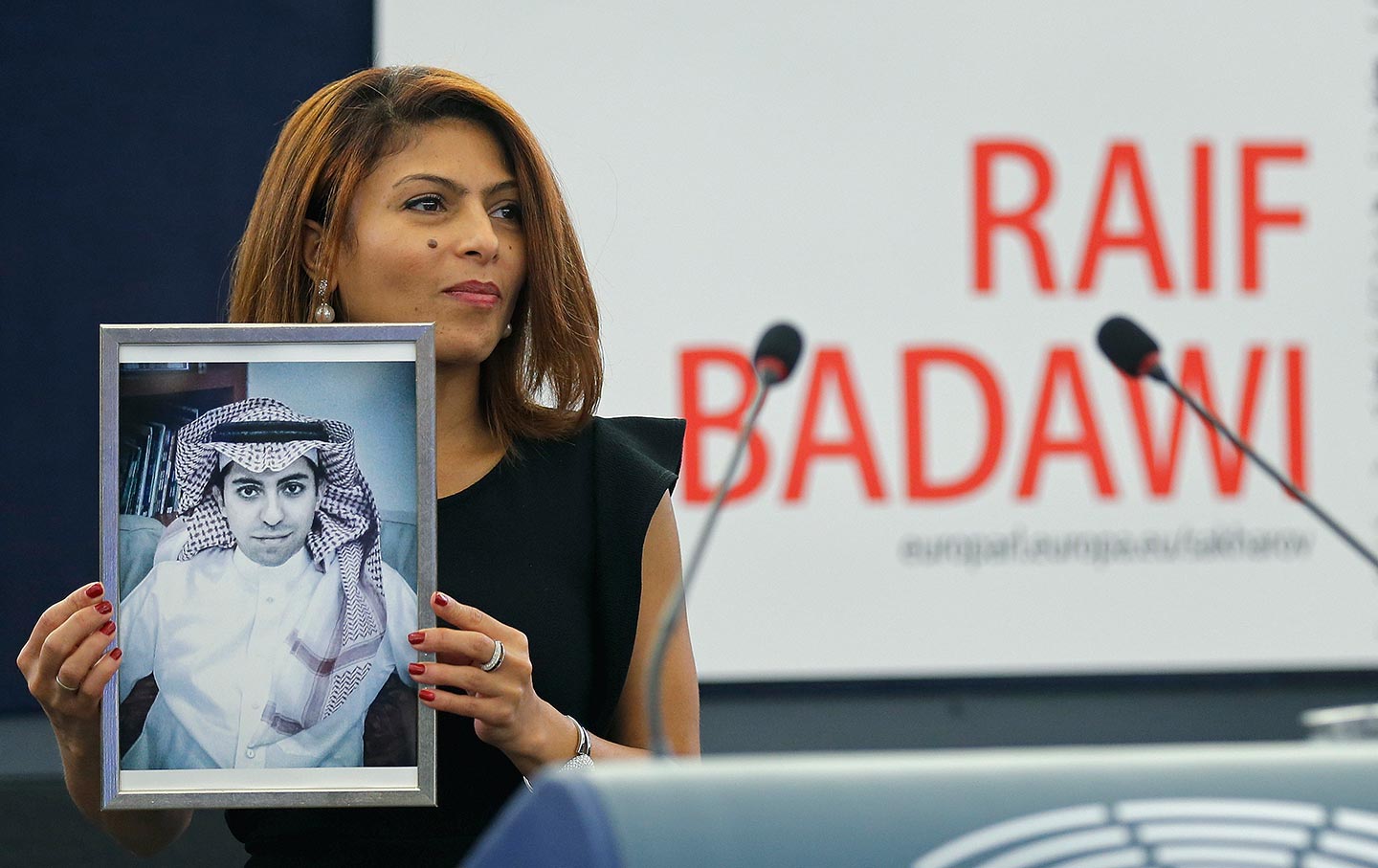 Saudi Arabian Crown Prince Mohammed bin Salman, popularly known as “MBS,” has received a lot of great press lately as a modernizer. You may have seen his smiling photo in Time’s list of the world’s 100 most influential people, right up there with Jimmy Kimmel and Cardi B. The accompanying paragraph by Manal al-Sharif, a Saudi feminist who was jailed in 2011 for driving a car, is cautiously optimistic: “At first I was skeptical of the prince’s Vision 2030 plan to modernize our kingdom. I have come around. Most Saudis are under age 30, and have only known elderly rulers. Now a major leader is our peer. I want to see the changes lead to political reforms, even a constitutional monarchy and full freedom of expression. If MBS would do that, my hopes for a better Saudi Arabia are bigger than the sky.”1

Well, here’s hoping. Mohammed has already made some changes toward the goals set out in Vision 2030, his blueprint for Saudi Arabia’s future, which acknowledges that the kingdom won’t be able to depend solely on oil exports and needs to evolve economically, socially, and politically in order to survive. Since 2015, women have been able to vote and run in municipal elections; more jobs have been opened to them. In June, they’ll be allowed to drive. There’s even talk of ending the guardianship system under which every woman, no matter how old, is under the legal control of a male relative. Movie theaters are opening up after a 35-year ban (first film shown: Black Panther). All this is part of the prince’s larger plan to diversify the economy and welcome tourists and foreign investment. Crucially, he says he wants to adopt a more moderate Islam than the severe Wahhabism that is the state religion and that Saudi Arabia has aggressively promoted around the world. (Islam is the only religion permitted in the kingdom.)2

But if Mohammed, ruler of the country in all but name, really wants to show the world that he is moving Saudi Arabia away from repression, theocracy, and the flagrant and barbaric disregard of human rights, it’s imperative that he release and pardon Raif Badawi, a liberal blogger who has been detained since 2012, when he was charged with, among other things, “apostasy,” a capital crime. Badawi was cleared of apostasy in 2013, but he was sentenced a year later to 10 years in prison plus 1,000 lashes, of which he received 50, for “insulting Islam through electronic channels.” Witnessed by a crowd of hundreds, the flogging left Badawi severely injured and touched off an international furor. Subsequent installments have been postponed.3 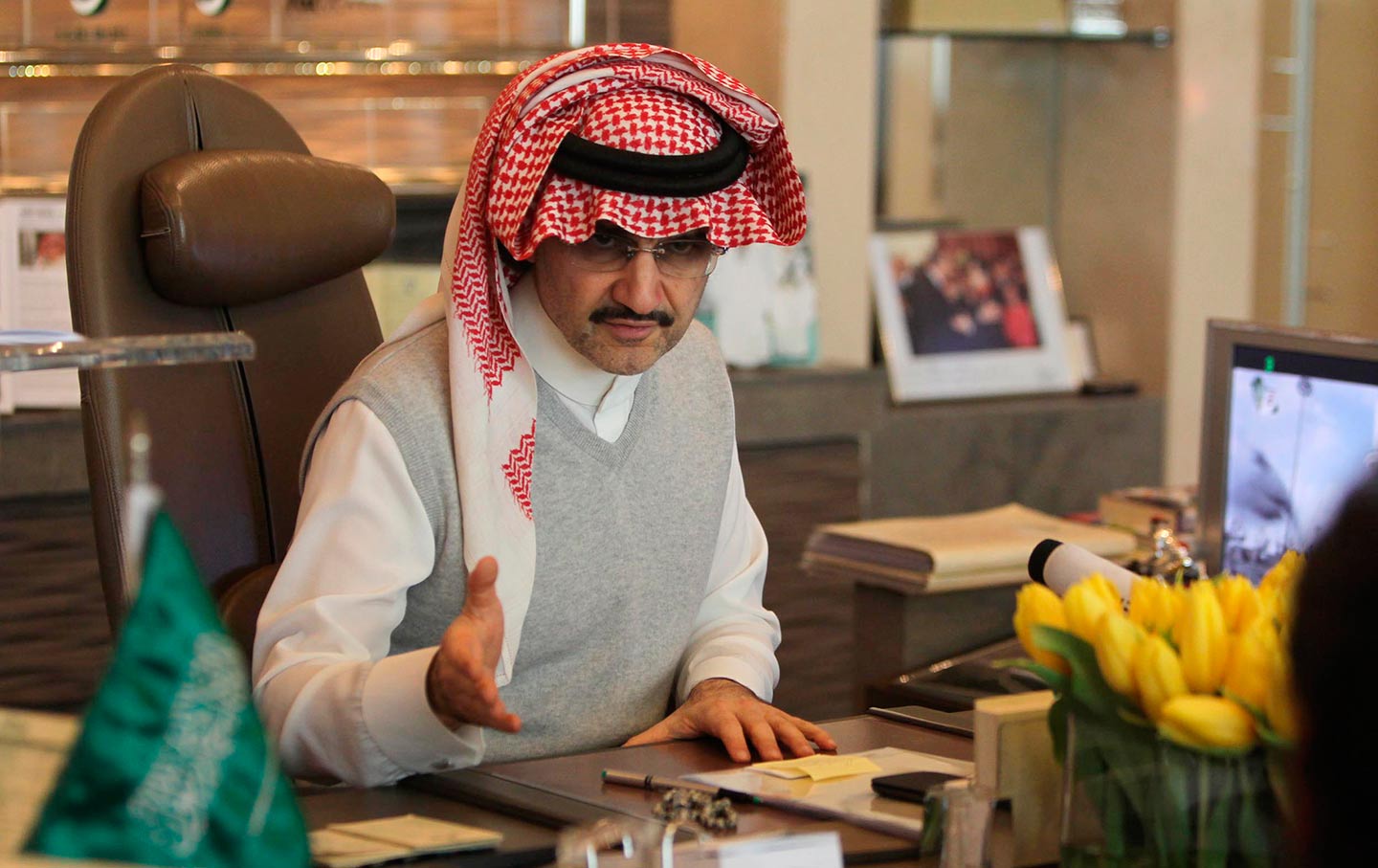 Why Are US Colleges Collaborating With Saudi Arabia?

What did Badawi write that brought the religious establishment down on his head? On his blog, Free Saudi Liberals, he opposed political Islam and called for freedom of speech and thought and an end to fundamentalist, obscurantist, coercive religion. His blog was taken down in 2012, but The Guardian gathered a sample of his posts:4

§ “As soon as a thinker starts to reveal his ideas, you will find hundreds of fatwas that accused him of being an infidel just because he had the courage to discuss some sacred topics. I’m really worried that Arab thinkers will migrate in search of fresh air and to escape the sword of the religious authorities.”5

Badawi’s call for a secular state has clear continuities with what MBS claims to want for his country.

§ “Secularism respects everyone and does not offend anyone…. Secularism…is the practical solution to lift countries (including ours) out of the third world and into the first world.”6

§ “No religion at all has any connection to mankind’s civic progress. This is not a failing on the part of religion but rather that all religions represent a particular, precise spiritual relationship between the individual and the Creator….”7

Badawi’s call for a secular state—one that does not attempt to stifle creativity, science, knowledge, and progress—has clear continuities with what Mohammed himself claims to want for his country: “a moderate Islam open to the world and all religions.” “The crown prince wants to be seen as a credible international leader,” said Irwin Cotler, the former Canadian MP who is Badawi’s international legal counsel, when we spoke by phone. “But you can’t claim to be in good faith when you imprison a guy who says the same things you do.”8

Badawi’s case has received a lot of attention. In 2015, he was awarded the Sakharov Prize from the European Union, its highest honor and just one of a slew of important awards he’s garnered around the world. In Canada, where his wife, Ensaf Haidar, and children have been granted asylum, the House of Commons has issued a unanimous call for his release. Recently, the Canadian PM Trudeau raised his case with the Saudis. In the US both Senator Marco Rubio and Representative Jim McGovern have taken up Badawi’s cause, as has virtually every human-rights NGO on the planet. “There’s a global call to release Raif,” said Cotler, “so wherever the crown prince goes, he’s going to hear it.”9

It’s important to note that Badawi isn’t the only person in prison in Saudi Arabia for crimes of thought and expression. His lawyer, Waleed Abu al-Khair, received an even longer sentence. But Badawi, Cotler argues, is unique: There have been no other cases “where the legal and human-rights violations are as comprehensive and egregious; no one else got lashes, which is torture.”10

“There’s a global call to release Raif, so wherever the crown prince goes, he’s going to hear it.”

It’s hard to be keen on an autocratic ruler who has reduced neighboring Yemen to rubble—according to the United Nations, Yemen is now the worst humanitarian disaster of our time—and who, over the past year, has arrested and jailed dozens of intellectuals, clerics, and businessmen, several of whom were beaten and one of whom died. The case of Raif Badawi, his lawyer, and other prisoners of conscience will be one of many tests that show whether the prince is serious about expanding freedom in one of the most repressive countries in the world, or whether he’s just engaged in public relations.11

No matter how much oil the Saudis possess—to say nothing of Mohammed bin Salman himself, with his half-billion-dollar yacht and palace near Versailles—Badawi’s words ring true: “For me, liberalism simply means, live and let live. This is a splendid slogan.” 12