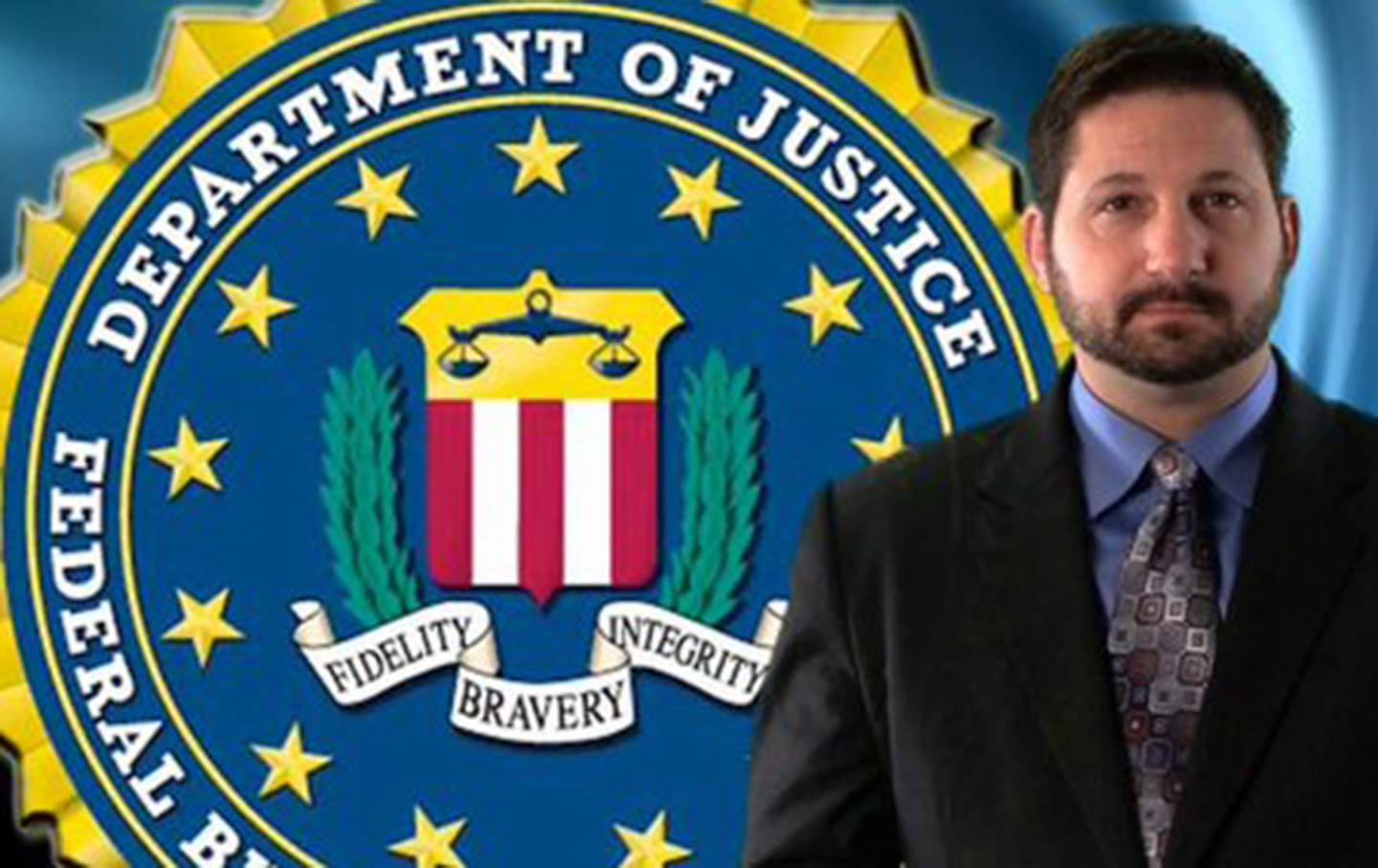 In his law enforcement trainings and public appearances, John Guandolo, of the consulting company Understanding the Threat, promises to explain how Islam operates and why it is a political philosophy, not a religion. His promotional video features a black ISIS flag waving against an ominous beat, above which Guandolo describes “the global Islamic movement and what they’re doing here in the United States.” Understanding the Threat is, he says, “the only organization which is training leaders, elected officials and law enforcement as well as citizens” and showing them “how to locate…jihadis.” He also asks that you buys his books or make a donation over text.1

In congressional testimony and on conservative talk shows, Guandolo dishes up conspiracy theories involving a prominent Muslim professor and organizations, implying that they are enabling Muslim terrorists. In one Columbus, Ohio, training, he accused a local professor of having ties to terrorism. (A Columbus Joint Terrorism Task Force member and an FBI agent told attendees that this individual had absolutely no ties to any such thing.) He has argued that former CIA director John Brennan is a secret Muslim and that Barack Obama was in league with Hamas. He’s said that Muslims don’t have First Amendment rights. And when Cedar Valley College in Lancaster, Texas, canceled his signature three-day law-enforcement training seminar, Guandolo claimed it was the work of “suit-wearing jihadis.”2

Guandolo usually appears in a rumpled suit himself, concealing a middle-age paunch, and sports a crisp, military-grade haircut sometimes accented with a trimmed beard. He served in the Marines until 1996 and then was an FBI agent until 2009, when he was forced to resign in disgrace after having a sexual relationship with a confidential informant and amid claims that he had solicited money from sources. (The whole sordid affair was revealed by the local news.) There are also other disputes as to the specifics of his employment history and education.3

He is so outlandish that he would seem easy to dismiss. Except that for the past decade, anti-Islamic “trainers”—including John Guandolo, his employee Chris Gaubatz, and others who claim, on dubious grounds, to have insider information on terrorism—have proliferated, providing sessions (for a fee) across the country to local police forces and district attorney offices promising to help them catch the latest in-vogue threat: would-be terrorists. Guandolo and his associates have done about 13 law enforcement trainings in 2016 and has several scheduled for 2017. Guandolo also appears regularly on alt-right programs.4

A report by Center for New Community released on February 14, provides a timeline of anti-Islam trainings across the country. The non-profit attempts to trace the roots of this specific strain of officially-sanctioned Islamaphobia and present a disconcerting picture of unaccredited, self-proclaimed “experts” (none of them are, say, students of Islamic studies or have PhD in religious studies) who take taxpayer dollars to spread hate.5

The contents of the sessions themselves are kept largely under wraps, particularly since groups like the ACLU and CAIR have identified the trainings’ anti-Islamic message, and organized protests against many sessions. (Guandolo argues these protests show how important the trainings are.) But according to Guandolo’s website, the training provides necessary information involving the funding apparatus of terrorism as well as where to find potential people to profile for arrest. Many of Guandolo’s talking points in his recorded public appearances reiterate half-regurgitated facts that are misinterpreted and dipped in the poison of association and rumor. For example, Guandolo and his colleagues argue that the Holy Land Foundation trial provides evidence that CAIR and other American Muslim Associations are in some way associated with Hamas. These statements have been proven to just not be true.6

Because these trainings are being sponsored by local police forces, FBI task forces, and district attorney offices across the country, the risks of spreading this misinformation are high and have drawn vocal opposition. Just last year, Bill Montgomery, the County Attorney for Maricopa County, sponsored a training by Guandolo. The consequent protests led even the Maricopa County sheriff’s department to withdraw from participation. The costs of the training added up to nearly $40,000, including copies of Guandolo’s own self-published book for every attendee. (Other Guandolo trainings in Arizona have been funded through RICO funds from law enforcement offices.) Despite this, Montgomery defended Guandolo’s training, calling it “factual” and arguing that CAIR and the ACLU were unfairly censuring a law enforcement officers right to information. Other agencies have dropped Guandolo’s training sessions, from a sheriff’s office in Kansas to a criminal justice academy in Virginia.7

The other so-called trainers reviewed in the Center for New Community report are equally insidious. One, Ryan Mauro, was a featured speaker at a “homeland security conference,” sponsored by Security Solutions International, a private company that facilitates trainings for law enforcement. SSI alludes to a strategic partnership with the Department of Homeland Security in its materials, stamping the official DHS logo all over their pages. Its 2017 conference will be held in Orlando, Florida, and is titled “Taking the gloves off: re-igniting US counter terrorism,” in reference to the current administration’s promise to exterminate terrorists.8

Security Solutions International has an official publication called “The Counter Terrorist,” which gives articles such as “Honor Killing of Women in America” and “Lone Wolf Myths.” SSI claims the readership is as high as 25,000 people, nearly 40 percent of which are in the Department of Defense. They advertise the magazine to the military directly.9

Links between anti-Islamic trainers, like Guandolo and Mauro, and the federal government tapered off under the Obama administration, though as recently as 2009, the federal government was also using anti-Islamic handbooks to train its FBI agents that included Guandolo as a source. Unofficial anti-Islamic trainers were rooted out of federal agency trainings after the White House ordered a full review of them in 2011. People like Guandolo responded by focusing on the less-scrutinized business of training local law enforcement agencies, which are fragmented and inconsistent in applying policy and techniques.10

Of course, under Trump – who has taken up the mantle of open Islamaphobia – this could all change. Guandolo’s ideas and conspiracy theories are showing up in the recent spate of Customs and Border Protection agents harassing Muslim travelers (both US citizens and valid green card holders): these people have been asked about their religious beliefs, had their electronics searched for evidence of terrorist associations, and have even been asked absurd questions like whether they know anyone who participated in a beheading. And Guandolo’s theories have a lot in common with those espoused by Trump during his first weeks in office. Trump’s Muslim travel ban, his insistence on using the phrase “Islamic extremists,” and his new push to designate the Muslim Brotherhood as a terrorist group are all manifestations of fringe conspiracy theories, like those held by Guandolo, have moved to the center of conservative politics. 11