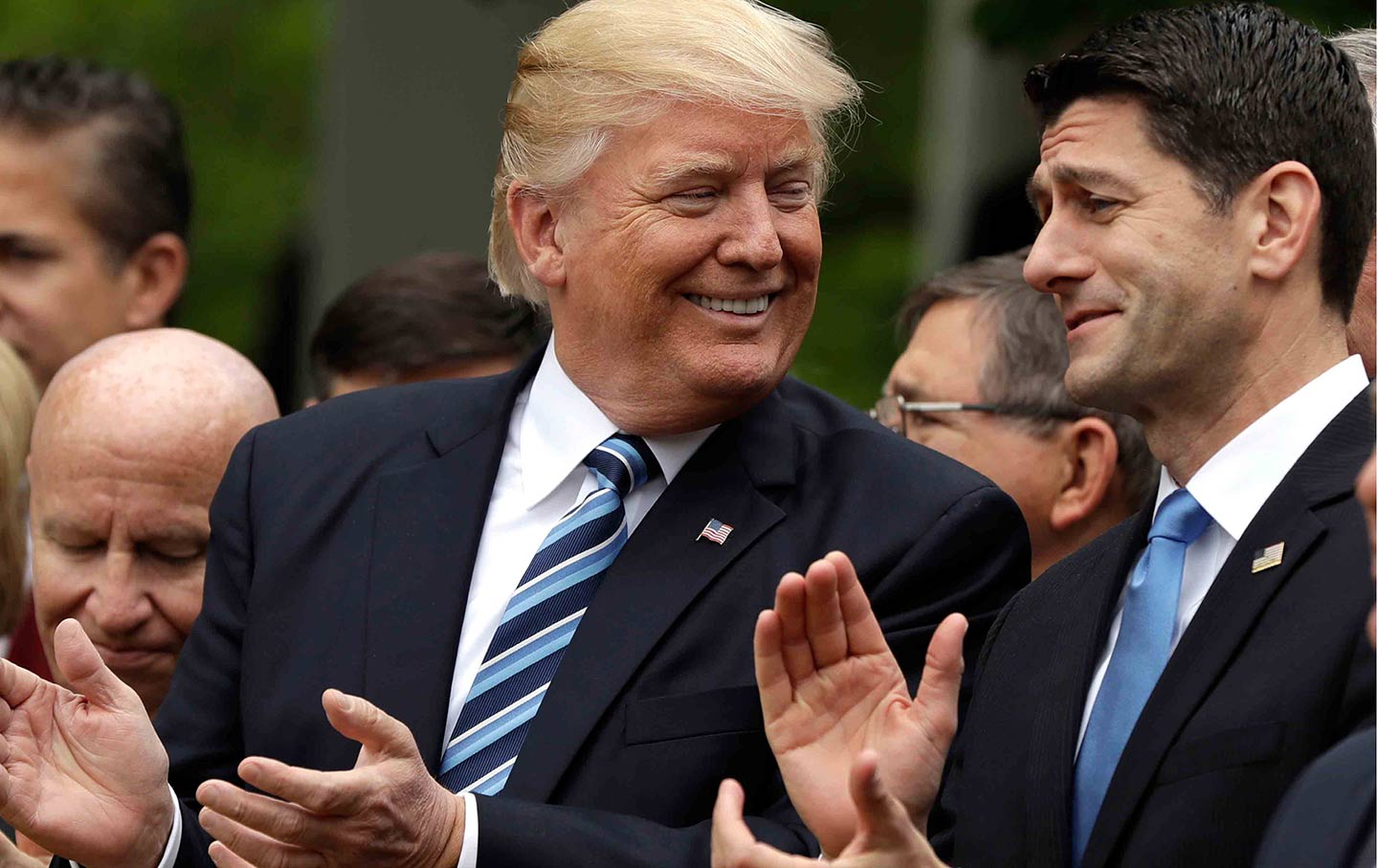 Amy Wilentz is a long-time contributing editor at The Nation and the former Jerusalem correspondent for The New Yorker. She’s best known for her award-winning books on Haiti, most recently Farewell, Fred Voodoo. This interview has been edited and condensed.

Listen to Amy Wilentz on the Start Making Sense podcast

Jon Wiener: Republican Senator Bob Corker of Tennessee got the punditocracy going a couple of weeks ago by comparing the White House to an adult day-care center, and, after some particularly crazy tweets from Trump, commenting, “Someone obviously missed their shift this morning.” Since then, we’ve seen news reports quoting people close to the president saying in private that he is “unstable,” “losing a step,” and “unraveling.” Now we have a new book where psychiatrists express their professional judgments about The Dangerous Case of Donald Trump—that’s the book’s title; it’s edited by Bandy Lee and it has spent three weeks on the New York Times bestseller list since debuting at number four. What exactly is this book?

Amy Wilentz: It’s a collection of essays by 27 well-known psychiatrists and mental-health specialists looking at Trump’s behavior during the campaign, before the campaign, and, now, since he’s been president. Obviously, he’s not their patient, so they haven’t been in therapy sessions with him. They do know about his background and his family. In the first section they try to assess his mental health. In the second they take up the question, Should psychiatrists be talking about Trump when he is not their patient? Is that an ethical violation, or do they have a duty to warn the public? The last section asks what’s wrong with us that we elected this man President.

JW: The question of Trump’s mental state is relevant because of the 25th Amendment, the other way a president can be removed from office. It says that, if a majority of the cabinet, or of some other body created by Congress, determines that the president is “unable to discharge the powers and duties of his office,” he can be removed and replaced by the vice -president. The psychiatrists here argue that they have a professional responsibility to tell us about Trump—and that they are qualified because they are professionals. It’s their job to recognize craziness. 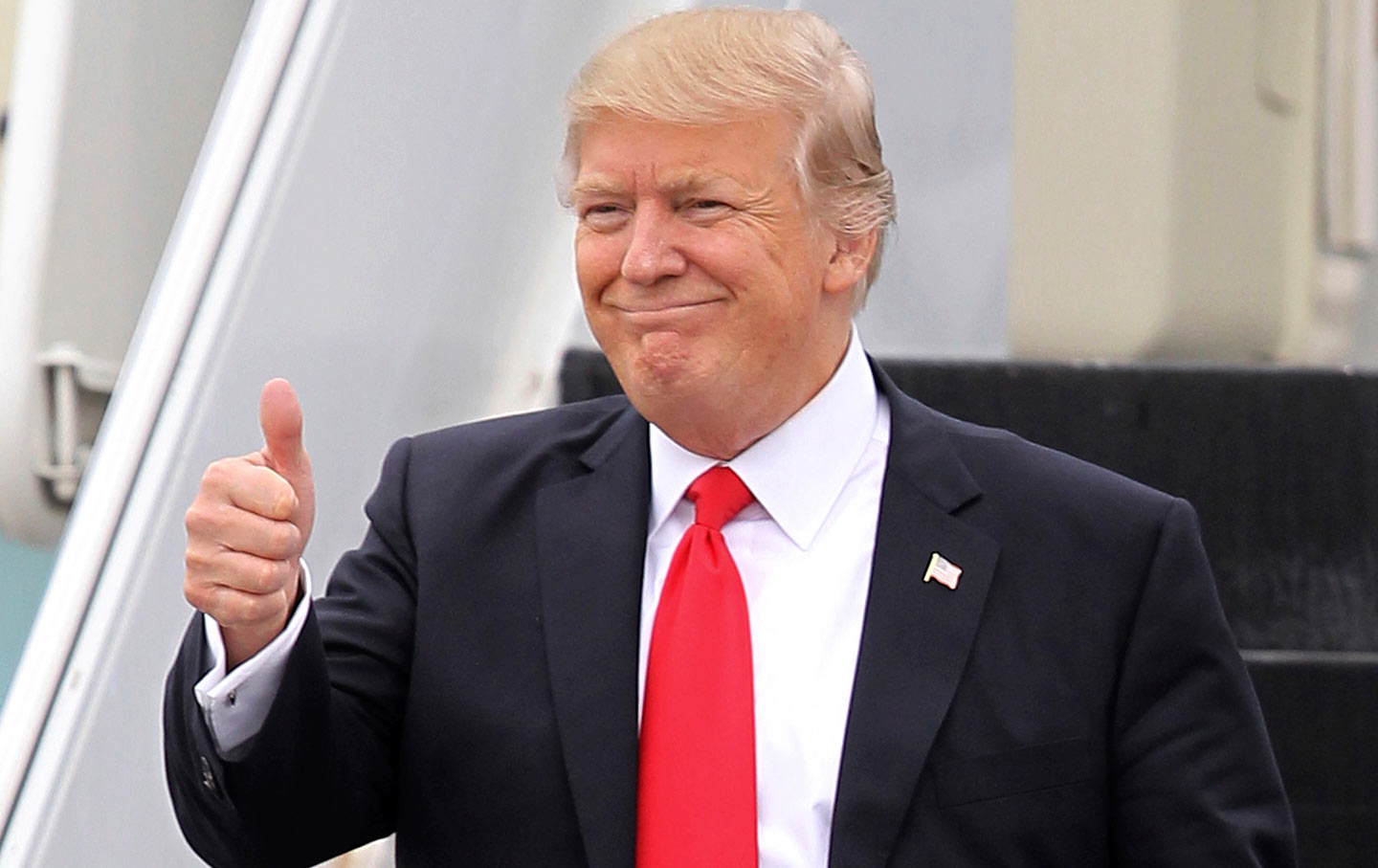 Is Trump Crazy? Would Pence Be Worse?

AW: The second section disturbs me most. Can they really diagnose him? Although I found all the essays about his diagnosis very interesting, they’re not that far from what we already thought—for example, from what the Los   Times wrote five months after he took office, when they said he was unfit to be president: hedonistic, lost in the present moment, incurious, and narcissistic. One of the essays says he is the most dangerous man in the world today. I think that’s true. But do we really need a psychiatrist to tell us that?

JW: The psychiatric profession has a firm rule that it is unethical for psychiatrists to diagnose people who they have not personally examined. This, the “Goldwater rule,” was adopted in 1964 when Goldwater was the Republican candidate running against LBJ, and a bunch of psychiatrists went to the public and said,  “Goldwater is crazy, he’s dangerous, he threatens to destroy the world.” At that point the American Psychiatric Association voted to make it part of their canon of ethics that psychiatrists aren’t allowed to make public diagnoses of people they haven’t personally examined. They reaffirmed the Goldwater rule with specific reference to Trump in March 2017, two months after he took office.

AW: Nevertheless, I think this book is truly valuable, and the authors have a good argument for violating the Goldwater rule: they say they have a “duty to warn” the public, which is also part of the canon of ethics. If you have a patient who is an imminent threat to others or to himself or herself, then you have the right to infringe on the doctor-patient confidentiality rule. And they are arguing that Donald Trump poses an imminent threat, not just to another person but to all of humanity.

JW: The duty to warn clause of the ethical code of psychiatry says specifically that psychiatrists are required “to report, to incapacitate and to take steps to protect”—for example, in the case of a husband threatening to kill his wife.

AW: The image is fabulous: the 27 authors in this book rushing the White House to incapacitate the president.

JW: The duty to warn, they argue, takes precedence over the Goldwater rule because the danger is so great. But of course that depends on the diagnosis. Do they know anything about Trump that we don’t know—about his narcissism, his aggression?

AW: Their analysis is more interesting and more profound because of their professional knowledge and experience. For example, there’s a wonderful essay by Harper West called “In a Relationship with an Abusive President.” It’s about domestic abuse and how the president’s relationship with the population, at least with the segment of it that didn’t vote for him, is like an abusive husband’s relationship with his victimized wife.

JW: Why does the wife stay with the abusive husband? The authors here don’t have any new evidence about Trump that wasn’t available during the election. And he got elected, so what we really should ask is, What’s wrong with the Trump voters? Are they crazy? That’s more important for our democracy than asking what’s wrong with him.

AW: A lot of what the authors in this section have to say about Trump voters is not surprising. One writes about a Trump supporter who explains, “I want to take my country back.” The essay repeats all the things we’ve all been saying about the growing inequalities in America and the loss of the good manufacturing jobs.

JW: What is dangerous about Trump isn’t so much that he’s narcissistic or that he lies. That’s true of several presidents. The big issue that the authors here point to is the combination of a lack of impulse control with extreme aggression. It’s the thing about the finger on the nuclear trigger.

AW: Right. And the idea that when such a character feels rejection, that’s when he becomes violent. That’s when he’s most likely to make the impulsive decision to do something really wrong. But the 25th Amendment says that the cabinet has to decide if he’s unfit or unable. We watched the cabinet sit there while Trump said, “How do you like being in my cabinet?” And they all went, “Oh, it’s so great, Mr. President.” He was able to make them publicly suck up to him. Are they really going to declare that he’s mentally unfit?