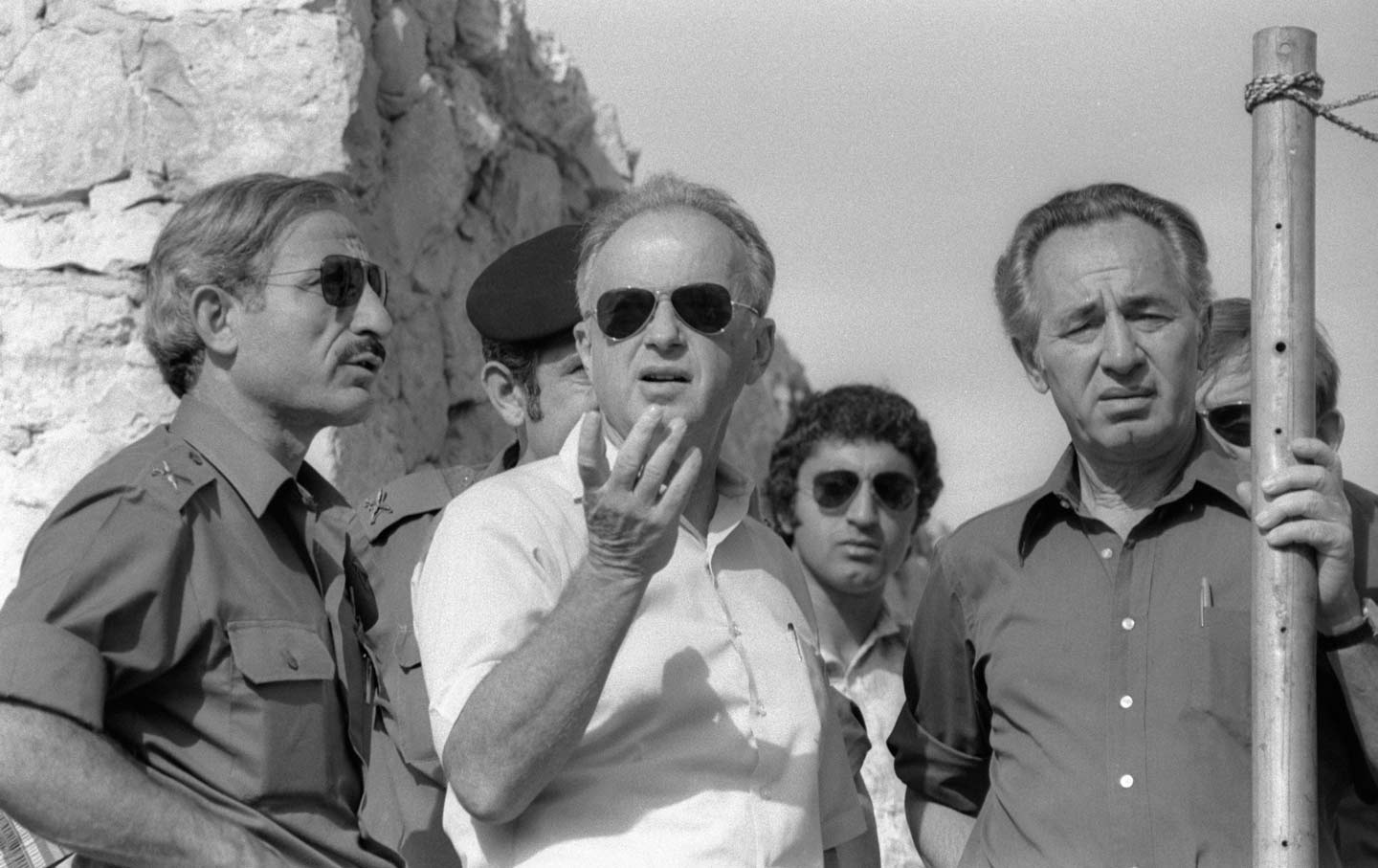 In the case of Nelson Mandela, the mainstream American remembrance narrative was that of Mandela the nonviolent dealmaker—a portrait that brushed aside Mandela the freedom fighter who reserved the right to use violence against oppressors supported by the United States and Britain. In the case of Muhammad Ali, the remembrance narrative leaned toward that of the aging Olympic flag-bearer, silenced by Parkinson’s, who was a symbol of tolerance—not the fiery, vocal champion of oppressed African Americans who denounced racism and American imperialism and sacrificed the peak of his career by refusing to be drafted to fight in Vietnam. We remember, in these figures, that which is easy for us, and we forget that which makes us uncomfortable.

With the passing of former Israeli Prime Minister Shimon Peres, a similar dynamic is at play. The remembrances focus on the Peres of the Oslo Accords, the Nobel Laureate who battled for an agreement despite the political costs in Israel. But by the time Peres, who died this week at 93, put his signature on the Accords on the White House Lawn, he was 70 years old. The most significant parts of his biography, those in which he had the biggest impact on the world around him, are the parts most remembrances have chosen to deemphasize.

Shimon Peres was a Forrest Gump–like figure in Israeli history. At almost every critical stage, he was involved in important policy decisions, and his actions had a long-lasting impact on the course of the state. During the war in 1948, even at a young age, he played an important role in procuring the arms Israel would use in the process of depopulating much of the native population of Palestine. In 1956, he worked with Britain and France to launch a war on Egypt in defense of Europe’s dying colonial ambitions. Through his relationship with Paris, Peres was able to gain French support for the development of Israel’s nuclear-weapons program. That alone is likely the most significant achievement on his résumé. But since it was done behind Washington’s back, it hasn’t figured prominently in American remembrances.

By the 1970s, as defense minister, Peres had morphed from weapons procurer to weapons provider, helping to supply South Africa’s apartheid regime with not only conventional weapons but secretly agreeing to sell it nuclear weapons—at the very same time the world was moving in the direction of an international arms boycott against Pretoria. During this period, Peres also oversaw the establishment of illegal settlements in the West Bank, settlements that would later be major geographic and political obstacles to the two-state solution he later claimed he wanted to see. In those years, he was a supporter of the settlement enterprise and called for permanent Israeli control of the West Bank.

One of the most important impacts of Peres’s career, which too often is left out of the conversation, is how poor a politician he was. The Polish-born Peres was seen by many Israelis as an outsider who was not entirely trustworthy (perhaps because he did not serve in an army combat role), especially in comparison with his political rival Yitzhak Rabin, who was born in Palestine and actively partook in the ethnic cleansing of some of its towns and villages. His various battles with Rabin often left their Labor Party divided, and on the three occasions when Peres led his party in national elections, it resulted in Likud Party prime ministers: under Menachem Begin in the late 1970s, Yitzhak Shamir in the ’80s, and Benjamin Netanyahu in the ’90s.

In fact, one has to wonder if Netanyahu, now internationally recognized as an obstacle to the peace that Peres ostensibly sought late in his life, would even have had much of a political career if not for the political blunders of Peres. After the 1995 assassination of Rabin by a Jewish extremist, Peres became prime minister, and the following spring, on the eve of national elections, he ordered the army to launch Operation Grapes of Wrath in Lebanon.

The Israeli shelling of a UN facility housing refugees in Qana, Lebanon, which killed over 100 civilians, was not merely a criminal act (Israeli officials claimed it was accidental, but the UN released a video demonstrating that Israel was monitoring the unarmed facility with a drone and helicopters) but it sent two powerful messages to Israeli voters. To many Israeli Jews, the message was that Peres was incapable of handling security matters; to many Palestinian citizens of Israel, the message was that they could never in good conscience vote for a man with the blood of their kin on his hands.

Netanyahu pounced on this opportunity in the ’96 campaign, while Peres did little to counter it. Within a few short weeks, Netanyahu won by a razor-thin margin, despite having been down nearly 20 points in the polls weeks earlier. Votes from settlements established under Peres’s watch in the 1970s undoubtedly contributed to his downfall, and given the margin, might have made the crucial difference.

Peres was an early supporter of West Bank settlements, which helped to undermine chances for a two-state solution.

Although the UN investigation of the massacre at Qana concluded that the strike killing scores of civilians was likely deliberate, Peres declared that “everything was done according to clear logic and in a responsible way,” adding, “I am at peace.” So while making peace with massacres is unconventional for Nobel Peace Prize Laureates, perhaps it is not entirely inaccurate to call Peres a peacemaker.

Netanyahu, who then became prime minister for his first of four terms (so far), enacted policies that he would later claim killed Peres’s acclaimed Oslo Accords. In fact, Netanyahu boasted about this on video while speaking candidly in a house in an Israeli settlement. That very settlement, Ofra, was established in the 1970s with Peres’s support and blessing. Fittingly, Netanyahu declared Oslo dead on a hilltop that Peres built.

The historical reality is that the bulk of Peres’s career contributed to undermining the peace that he claimed to be seeking. As all that was going on, where was Washington? Standing right by Israel’s side, providing support for it. Perhaps that is why so many have chosen not to remember.

Peres did not represent an Israel that was the opposite of Netanyahu’s Israel; he played an inseparable part in producing it. For millions of Palestinians still denied their basic rights, that is a reality they do not have the luxury of forgetting.