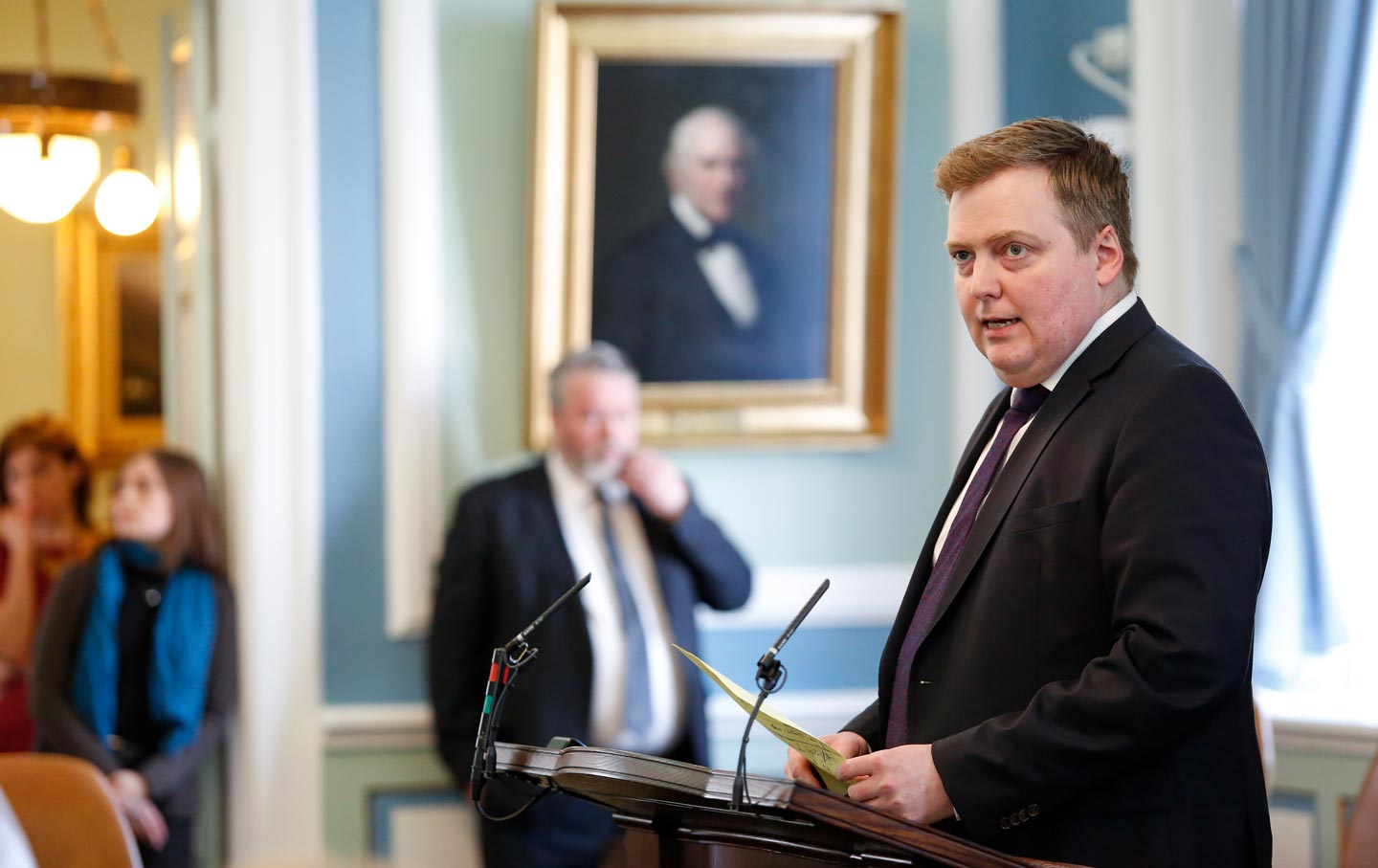 Oh, were Mark Lombardi alive today! Two stories broke last week—one by Bloomberg on how a right-wing Colombian hacker who, in league with a Miami-based political “consultant,” worked to throw elections to conservative politicians throughout Latin America. The second is the year-long investigation by the German newspaper Süddeutsche Zeitung and the International Consortium of Investigative Journalists into the Panama Papers, the leaked 2.6 tera trove of documents from the law firm Mossack Fonseca revealing the dark web of offshore finance.

An artist, Lombardi is famous for trying to find ways to represent financial scandals and conspiracies. Take a look at some of his work found here and imagine what he would do with either the hacker who ran covert teams of coders to execute electronic “dirty wars” or the information found in the Panama Papers. Lombardi was active through the 1980s and 1990s, and his work was focused on trying to synthesize the information piling up from investigations into scandals such as BCCI, Lincoln Savings, Charles Keating, Iran/Contra, and so on. We can now look back and see those crimes as birthing what we now call neoliberalism—a global political economy defined by deregulated finance and resource extraction and maintained by crime and corruption.

Born in the late 1950s near Syracuse, New York, Lombardi’s life seemed from an Umberto Eco novel. He first became interested in financial conspiracies when he worked as a reference librarian in the fine-arts department of the main branch of the Houston Public Library. This was in the 1980s, during Iran/Contra. Here’s one 1991 description of that scandal, from Time magazine: “The Iran-contra affair may be only part of a broader and previously undisclosed pattern of illegal activities by intelligence agencies during the tenure of Ronald Reagan and his CIA chief William Casey. Sources close to the unfolding investigation of the Bank of Credit & Commerce International told Time that U.S. intelligence agencies, including the CIA, maintained secret accounts with the globe-girdling financial empire, which has been accused of laundering billions of dollars in drug money, financing illegal arms deals and engaging in other crimes”—including drug running, funding death squads, and running sophisticated psychological warfare operations on US citizens to create a sense of confusion regarding foreign policy.

How to make sense of it without falling (as some did) down the rabbit hole? First, Lombardi began to compile a library of all those great post-Vietnam and post-Watergate books on corruption, conspiracy, and covert-ops: Theodore Draper’s A Very Thin Line: The Iran-Contra Affairs; Tim Weiner’s Blank Check: The Pentagon’s Black Budget; Alexander Cockburn’s Corruptions of Empire; Gary Hectyor’s Breaking the Bank: The Decline of Bankamerica; Steven Heller’s Acid Dreams; Joseph E. Persico’s The Lives and Secrets of William J. Casey from the OSS to the CIA; Peter Truell’s False Profits: The Inside Story of BCCI, The World’s Most Corrupt Financial Empire; Gerald James’s In the Public Interest: A Devastating Account of the Thatcher Government’s Involvement in the Covert Arms Trade; Mark Hulbert’s Interlock: The Untold Story of American Banks, Oil Interests, the Shah’s Money, Debts, and the Astounding Connections Between Them; Gary Sick’s October Surprise; Tom Barry and Deb Preusch’s The Soft War: The Uses and Abuses of U.S. Economic Aid in Central America. On and on.

Then, in those pre-Internet days, he took the information gleaned from these books and began to compose 3×5 index cards—thousands of them, covered with handwritten notations about various financial scandals, their perpetrators, and the people associated with them. Then he began to draw. The last three years of his life (at the age of 48, Lombardi, like so many others who stared deep into the entrails of empire and finance capital, committed suicide the on the evening of Wednesday, March 22, 2000, in his Williamsburg loft) saw his efforts receive increasing commercial success, and his work is now represented by the Pierogi Gallery.

The danger with the Panama Papers is that the massive amount of data—much of it still unreleased—could overwhelm, pushing the public to that place where the covert and the spectacular collapse into each other, creating not action and knowledge but paralysis and amnesia. The trees (that is, the data) will hide the forest (our conceptual understanding of how the data points relate to each other). As Noam Chomsky describes the paradox, “How it is we have so much information, but know so little?”

Lombardi’s art, too, can be overwhelming in its subordination of detail to scale, threatening to render corruption as natural as the cosmos. Many of his drawings, from just a few feet away, could be mistaken for galaxies. But Lombardi hoped to explicate, not awe. He was the first artist to visualize not just what became known as neoliberalism but to explain neoliberalism by its relationship to covert activity, transnational crime, and right-wing reaction.

As a moral system, capitalism has long been associated with the pursuit of self-interest, and thus necessarily with corruption. But Lombardi’s drawings captured a qualitative shift that had begun in the 1970s, as finance and resource extraction (especially oil) became ever more intertwined with both right-wing ideology, narcotics trafficking, and covert paramilitary activities. Lombardi’s is an effort to capture the totality of capitalism and empire: “One of my goals is to explore the interaction of political, social, and economic forces in contemporary affairs.… Working from syndicated news items and other published accounts, I begin each drawing by compiling large amounts of information about a specific bank, financial group, or set of individuals. After a careful review of the literature I then condense the essential points into an assortment of notations and other brief statements of fact, out of which an image begins to emerge.… My purpose throughout is to interpret the material by juxtaposing and assembling the notations into a unified, coherent whole.”

In addition to providing an important tool to those hoping to re-regulate money flows, the massive amount of information that will be released in Panama Papers—which is from just one law firm—could help us understand what Mark Lombardi’s work has been saying all along, that financial crimes and political conspiracies aren’t discrete events but the essence of neoliberalism. The leaked documents will provide not just a profile of a global elite, but an alternative global history of the tangled relationship between paramilitarism, crime, right-wing ideology, resource extraction, and finance.

Panama, a small country, has played an outsized role in this history, from 1903, when the combined efforts of Washington’s Navy and J.P. Morgan’s money created the nation from whole cloth, peeling it off from Colombia, though to the 1970s, when George H.W. Bush as head of the CIA ran Manuel Noriega as a paid agent, and the 1980s, when the CIA used the country to launch the Contra war against Nicaragua, up to the current moment (you can read John Lindsay-Poland’s excellent Emperors in the Jungle: The Hidden History of the U.S. in Panama).

Imagine the lines Lombardi would have drawn from the fact that the father of one of the founders of Mossack Fonseca “had been a member of the Waffen-SS, the notorious armed wing of the Nazi Party during World War II, according to US Army intelligence files obtained by ICIJ. After the war the father offered his services to the US government as an informant, the files show, claiming ‘he was about to join a clandestine organization, either of former Nazis now turned Communist…or of unconverted Nazis cloaking themselves as Communists.’ An Army intelligence officer wrote that the offer to spy for the US might simply be ‘a shrewd attempt to get out of an awkward situation.’ Nevertheless, the old intelligence files indicate that Mossack’s father later ended up in Panama, where he offered to spy, this time for the CIA, on Communist activity in nearby Cuba.…”

As of now, there is no known connection between Bloomberg’s right-wing hacker story and the network partially revealed by the Panama Papers. The dots, however, are but two degrees separated. The hacker, Andrés Sepúlveda, worked on behalf of candidates and parties that wanted to reverse Latin America’s leftward drift, to once again open the region’s energy sector to US private capital and pay tribute to bond markets. Among his other achievements, Sepúlveda helped Álvaro Uribe get reelected president of Colombia in 2006, Porfirio Lobo elected president of Honduras in 2009, and Enrique Peña Nieto president of Mexico in 2012. All three of these leaders are implicated in exactly the kind of para-politics and para-economics Lombardi drew about, of the kind that has been championed by the current front-runner in the Democratic primaries, Hillary Clinton, under the banner of “free trade.”

As secretary of state, Clinton successfully pushed for the passage of free-trade agreements with Colombia and Panama, which, as Clark Mindock and David Sirota point out, make the kind of offshore tax evasion revealed by the Panama Papers even more pervasive (more than 850 Colombians are named in what is so far released of the Panama Papers, including founders and financiers of death squads). Hillary and Bill Clinton are deeply embedded in Colombia, as Ken Silverstein, along with others, has reported (FYI: Silverstein wrote on Mossack Fonseca for Vice nearly a year and a half ago). Hillary counts Álvaro Uribe (who represented the death-squad wing of Colombian politics) as a close ally, with profits from Colombia’s petroleum industry pouring into the Clinton Foundation. As to Honduras, Clinton’s role in legitimizing the 2009 elections that Lobo won (with an assist from Sepúlveda) is well known, largely as a result of the recent murder of the environmentalist Berta Cáceres. And in Mexico, Peña Nieto has accelerated the privatization of the national oil industry, a project that, e-mails reveal, Clinton’s State Department helped make happen.

When asked why none of the information so far seemed to implicate US-based individuals or businesses, the editor of Süddeutsche Zeitung said, “Just wait for what is coming next.” Let’s see.

Author’s update:  For those interested in more information on Lombardi, consult this 2003 catalogue, Global Networks (from which I drew the above biographical information and which has a number of fine interpretive essays), along with this more recent biography by Patricia Goldstone, Interlock: Art, Conspiracy, and the Shadow Worlds of Mark Lombardi.  There is also this documentary, Death-Defying Acts of Art and Conspiracy.