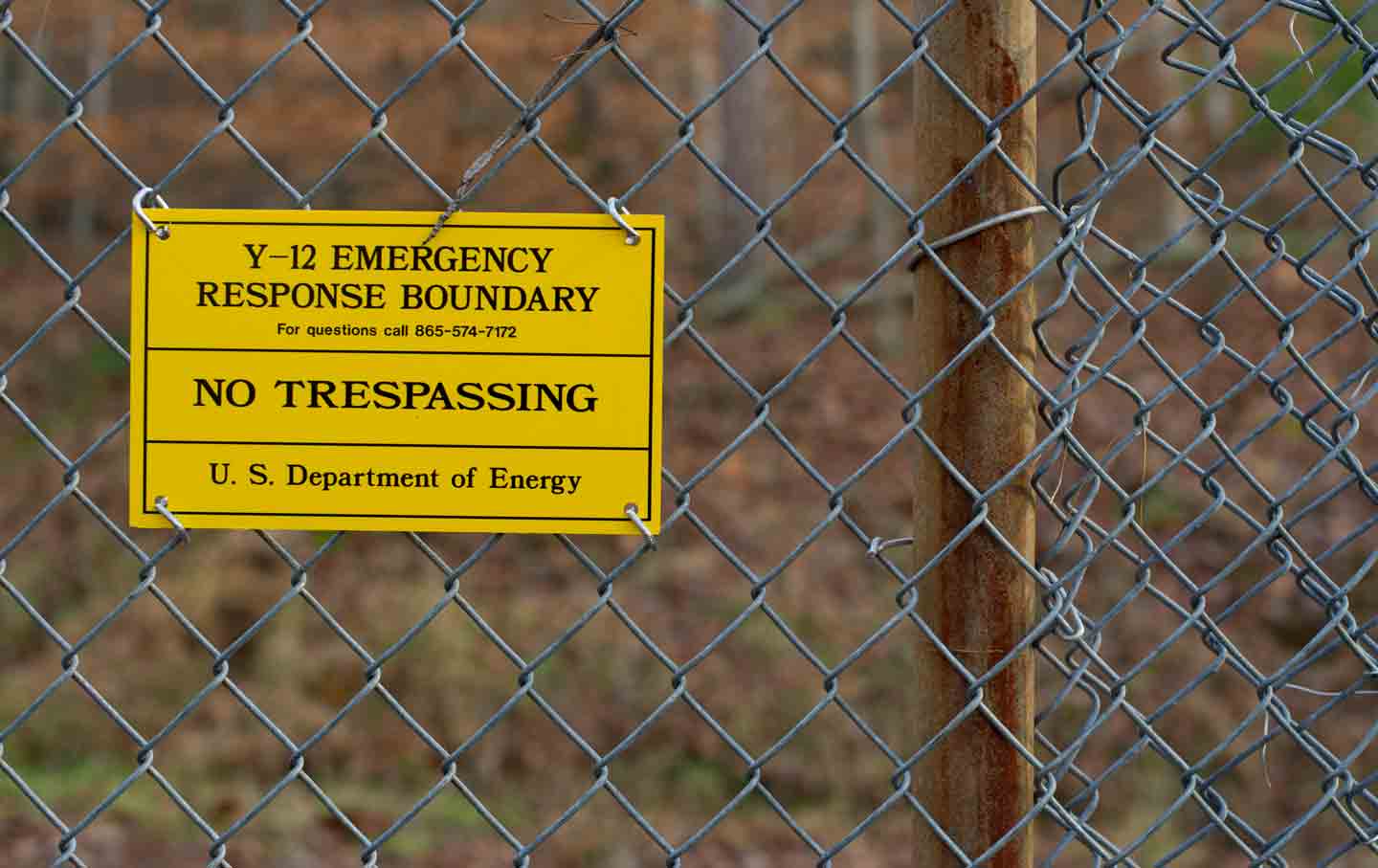 Last week, the famed Doomsday Clock, created in 1947 by the Bulletin of the Atomic Scientists to sound the alarm over the inherently catastrophic nature of nuclear weapons, was set ahead 30 seconds, to two and a half minutes to midnight, the closest it’s been to midnight since 1953.

In announcing the change, Bulletin executive director and publisher, Dr. Rachel Bronson, noted that the decision to move the minute hand ahead was influenced by concerns over the deteriorating global security landscape, particularly with regard to heightened tensions between the US and Russia (which together possess roughly 90 percent of the world’s nuclear weapons). The report also cited the lack of immediate progress in fighting climate change, as well as innovations in “biology, artificial intelligence, and the cyber realm” as cause for concern.

The Bulletin’s well-founded anxiety over the fact that the world’s two nuclear superpowers, the United States and Russia, are currently “at odds in a variety of theaters, from Syria to Ukraine to the borders of NATO” has been exacerbated by recent political developments inside the US.

According to the Bulletin, the actions and statements of Donald J. Trump have “broken with historical precedent in unsettling ways. He has made ill-considered comments about expanding the US nuclear arsenal,” while evincing a troubling propensity to “discount or outright reject expert advice related to international security.”

During the period between the election and the inaugural, Trump tweeted, “The United States must greatly strengthen and expand its nuclear capability until such time as the world comes to its senses regarding nukes.”

Yet by appointing former Texas governor and Dancing With the Stars contestant Rick Perry to oversee the maintenance and development of the US nuclear arsenal, Trump has shown that he is far from coming to his own senses regarding “nukes.”

While other Trump nominees and appointments such as attorney-general nominee Jeff Sessions, White House counselor (and newly minted National Security Council member) Steve Bannon, and Health and Human Services nominee Tom Price, have all garnered widespread criticism, the nomination of Perry to lead the Department of Energy (DOE) has been met with too little concern.

The New York Times reported in January that Perry eagerly accepted Trump’s offer to  lead DOE, an agency with 93,000 employees and a budget of nearly $30 billion, without knowing what it actually does. Perry accepted the job, according to the Times, “believing he was taking on a role as a global ambassador for the American oil and gas industry that he had long championed in his home state.”

Since then, Perry has presumably learned that the Department of Energy, which in recent years has been led by a Nobel Prize–winning physicist (Steven Chu), and later, by an esteemed MIT nuclear physicist (Ernest Moniz), oversees the nation’s nuclear arsenal, to which President Obama had committed $1 trillion dollars to “modernizing” over the next 30 years.

For his part, Russian president Vladimir Putin has made it clear that he has his own nuclear priorities. Speaking in December, Putin, according to The Washington Post, said “We need to strengthen the military potential of strategic nuclear forces…especially with missile complexes that can reliably penetrate any existing and prospective missile defense systems.”

Meanwhile, in another worrying development for global security, Trump seems intent on following through on his campaign promise to create a “big beautiful safe zone” for refugees fleeing the jihadi-fueled violence in Syria. ABC News reported that Saudi autocrat King Salman has agreed to Trump’s proposal to create “safe zones” in both Syria and Yemen.

The idea of a “safe zone” for refugees, while intuitively appealing, simply risks a wider war in the region, given the military assets that would need to be deployed to create it. What’s more, according to Council on Foreign Relations expert Micah Zenko, “we know from UN-declared safe zones in Bosnia-Herzegovina and in sub-Saharan Africa, combatants will use it to rest, recruit, and recover, thereby placing all civilians residing there at grave risk.”

And so, with all that is currently unfolding, what can be done?

Domestically, a good first step in any retreat from Doomsday would be for both Houses of Congress to rally behind the “Restricting First Use of Nuclear Weapons Act of 2017” which was recently introduced by Congressmen Ted Lieu and Senator Ed Markey. Lieu and Markey’s legislation would prohibit the president from launching a nuclear “first strike” unless Congress passes a declaration of war. The bill is necessary now that, in their words, “the U.S. now has a Commander-in-Chief who has demonstrated ignorance of the nuclear triad, stated his desire to be ‘unpredictable’ with nuclear weapons, and as President-elect was making sweeping statements about U.S. nuclear policy over Twitter.”

Internationally, former Soviet President Mikhail Gorbachev recently called for the UN Security Council to convene a meeting of its constituent heads of state and “adopt a resolution stating that nuclear war is unacceptable and must never be fought.”

According to the former Soviet leader, the prevention of nuclear conflict “should become a common goal. Many other problems would then be easier to resolve.”

“The time to decide and act,” says Gorbachev, “is now.”