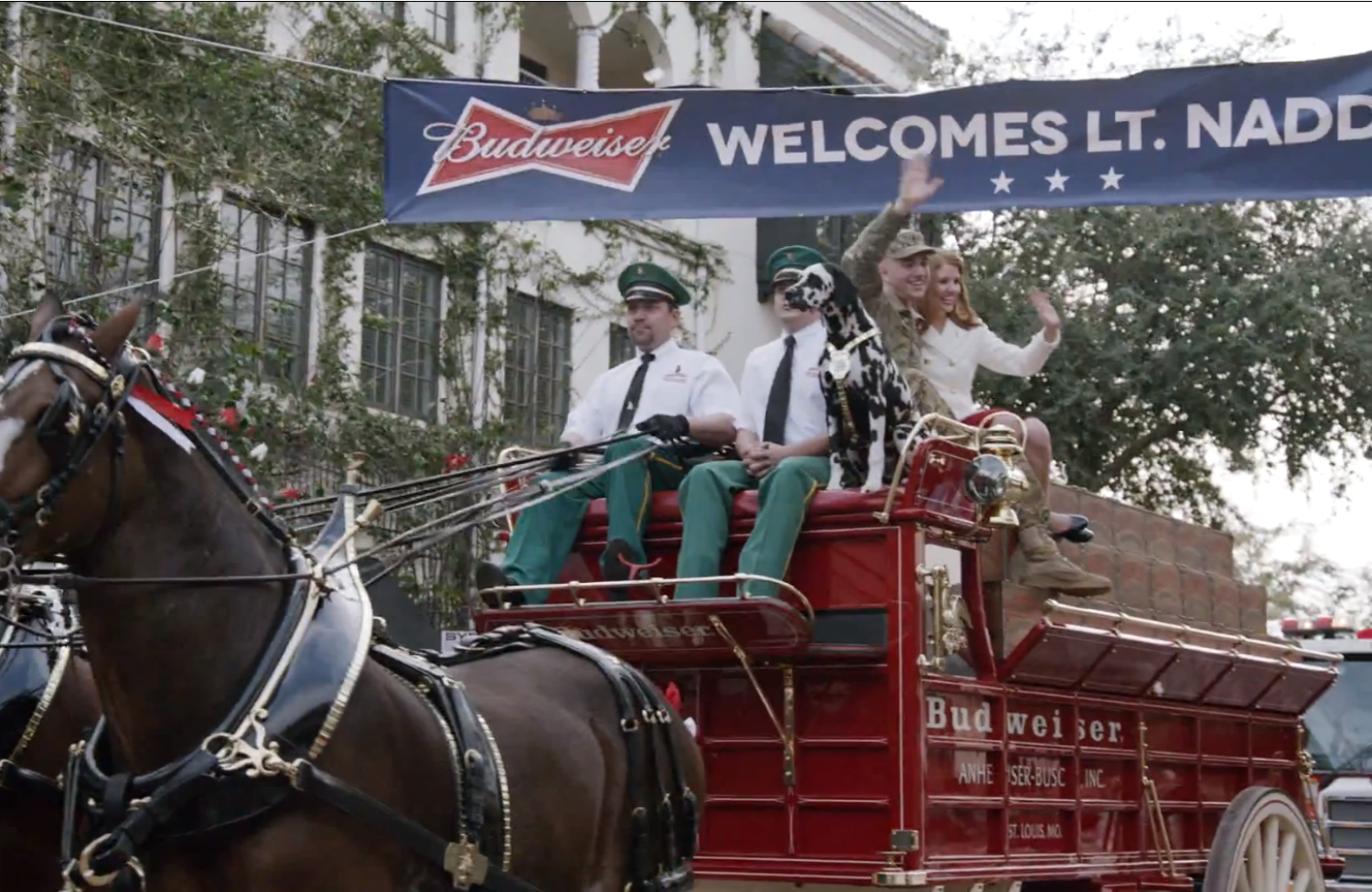 A Budweiser commercial during the Super Bowl, that annual celebration of violence as sport, featured a most joyous homecoming for a US veteran of the Afghan War. It was a fitting tribute to the fact that he survived, but you would have to be drunk on Bud not to notice that the three decades since the United States first meddled in Afghanistan have been an unequivocal disaster and that those who did not survive—NATO combatants and far larger number of Afghan natives—died in vain.

This was a point made clearly but largely unnoticed on that day of obligatory patriotic flag waving in an interview with Hamid Karzai, the US anointed leader of Afghanistan, who told The Sunday Times of London that “I saw no good” resulting from yet another American adventure in imperial democracy.

“This whole 12 years was one of constant pleading with America to treat the lives of our civilians as lives of people,” Karzai stated, continuing his denunciation of the terror of anti-terrorism exemplified by Bush’s orgy of torture followed by Obama’s drone attacks that traumatize the Afghan countryside. Karzai, no stranger to corruption and contradiction, has refused to sign a pact authorizing a continued and much reduced US presence in his country unless all such unilateral military attacks on his people are ended. As for the Taliban enemy that the US invasion had temporarily deposed, Karzai referred to them as “brothers” while he dismissed his erstwhile American sponsors as “rivals,” indicating that Obama now has his own “mission accomplished” embarrassment.

Maybe that dismal outcome of the Obama-ordered surge, comparable to the ultimate failure of Bush’s in Iraq, is why Karzai observed that he and Obama have not spoken directly since June. For the Democratic hawks, Afghanistan was going to be the good war, but Obama has learned, as did then-President Jimmy Carter more than thirty years ago, that the Afghans are not to be toyed with.

In Carter’s case back in the late 1970s, he was convinced by Zbigniew Brzezinski, the president’s terminally confident national security adviser, that supporting Muslim extremists to overthrow a secular pro-Soviet government in power in Kabul would draw our main international adversary into its version of our Vietnam quagmire. What fun but the strategy failed, and the Soviets didn’t invade until the US imported sufficient foreign fighters to destabilize a country on their border.

When Obama, back in December 2009, launched a troop “surge” in Afghanistan, he argued that “we did not ask for this fight,” but of course we did. To know that, all he had to do was ask his then-Defense Secretary Robert Gates, who had been an adviser to Carter and, in a 1996 memoir, exposed “Carter’s never-before-revealed covert support to Afghan mujahedeen six months before the Soviets invaded.”

After Gates’s admission, French magazine Le Nouvel Observateur asked Brzezinski whether he regretted “having given arms and advice to future terrorists,” and he replied: “What is most important to the history of the world? The Taliban or the collapse of the Soviet Empire? Some stirred up Muslims or the liberation of Central Europe and the end of the Cold War?”

He said that in 1998, and three years later, “some stirred up Muslims” flew hijacked planes into the World Trade Center and the Pentagon. The eradication of their movement became our national obsession, one that justified raising US military expenditures back to the highest levels of the Cold War, even though there was no technologically significant enemy to justify this restoration of the power and the glory of the military-industrial complex.

In the process, we have come to sacrifice the basic rights of the individual enshrined in our Constitution in the name of finding what our last president, in his comic book lingo, termed the “evildoers,” without ever conceding that they were once, as President Reagan defined them, our “freedom fighters.” Bush’s vice president, Dick Cheney, a former top exec at defense contractor Halliburton, must have chuckled at that one, knowing full well that a primitive enemy holed up in mountain caves could not justify blowing trillions on the most sophisticated oceangoing aircraft carriers, stealth fighters and other relics of an era when we had a militarily significant enemy.

It seemed to make sense only when both Republican Bush and Democrat Obama, in Afghanistan and Iraq, invoked the imagery of democratic nation building but instead exploited sectarian and tribal differences. Those efforts succeeded only in upending what remained of the stabilizing social order in both countries and have unleashed a never-ending cycle of violence providing invaluable propaganda for the Al Qaeda elements we claimed to be eradicating.

“The money they should have paid to the police,” Karzai said, “they paid to private security firms and creating militias who caused lawlessness, corruption and highway robbery. What they did was create pockets of wealth and a vast countryside of deprivation and anger.”

Hey no problem, war is just another violent game we love to play. America, this Bud’s for you.